After the Bridge Party, report and pics.

This was a sad end to what had been a sunny relaxed and hassle free day. 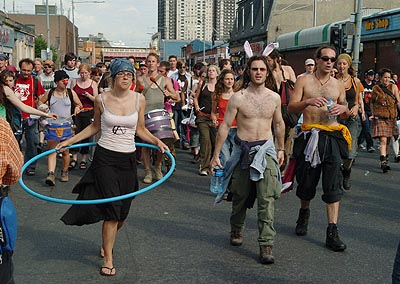 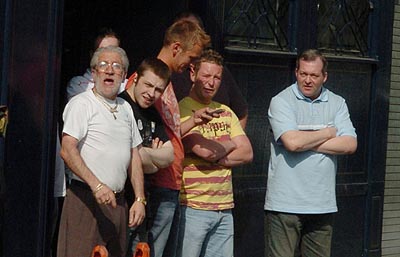 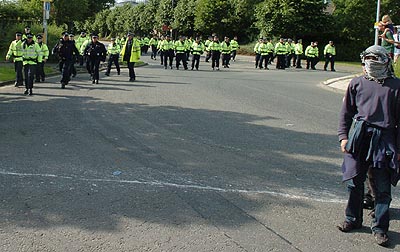 The cops arrive in force. 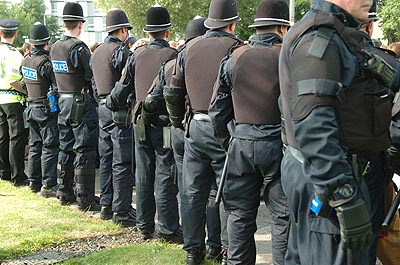 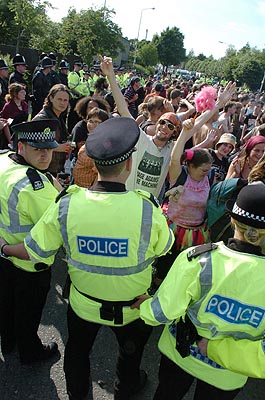 Having spent a several hours baking on the bridge with the other party goers I went to a local pub to cool down and re-hydrate. After less than half a pint I saw the majority of the bridge party goers marching past so I followed.

After marching through and round the traffic and round in at least one seemingly pointless circle, the march went under a motorway and into an estate well away from the town centre. The cops kept calm blocking roads that they did not want the marchers to go down while struggling to keep up with a fragmented gathering that did not seem to be going anywhere in particular. Eventually when the march reached an estate where the locals were hostile to say the least, a large number of Police (still Glasgow) headed off the march and threw a cordon around it. They were joined by more Police from Nottinghamshire and the protesters remained surrounded for some time before being released into a local space for dispersal.

And now some questions for the total fuckwits who were leading this 'action'. They know who they are:
1) Was the crowd being led anywhere in particular or was this just an attempt to get loads of people nicked and section 60'd while of course giving immediate justification to the huge amount of money spent on the Police operation?
2) Did the people at the front have a map or any local knowledge of the area at all?
3) Why were people led into an impoverished loyalist council estate. Is there anywhere in Glasgow where they could have been less welcome?
4) Were the self appointed leaders of the march working to a hidden agenda or just unbelievably stupid?

When people march in the financial district or west end chanting 'Whose streets? Out streets?' among the symbols of power it is an obvious act of defiance. However when people (many of whom look and sound like whey are from Surrey) march through a deprived working class area chanting 'Whose streets? Our streets!' it creates a scenario that is at best embarrassing, at worst downright dangerous. I think a debate about tactics is called for.

Anyone who was there or has has an opinion can hit the comment option.