Some people want to remain anonymous 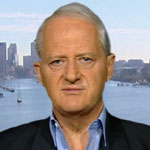 Identification of people depends
very much upon a high level of
cooperation: Ruddock

AUSTRALIA/CUBA: The federal attorney-general has suggested that two women wrongfully detained by the Immigration Department could have avoided being locked up if they had cooperated more with authorities.

But some people wish to remain anonymous writes Just Us.

The report of the Palmer inquiry, which is allegedly looking into the wrongful detentions of Cornelia Rau and Vivian Solon, is to be released today or tomorrow even though some of that material has been leaked?

Leaked drafts of the Palmer report blame the Immigration Department for failing to follow its own procedures regarding the detention of Cornelia Rau, and for exacerbating her mental illness.

But who leaked the drafts? I don't suppose there will be any investigation about that?

philip ruddock, who was the minister for immigration at the time the women were detained, says it is difficult to identify detainees without their help.

"Identification of people depends very much upon a high level of cooperation from those who are asked to prove their identity, and if that is not forthcoming, the task is always more difficult," ruddock said.

But from my memory Conelia Rau suggested she might have had a good reason for remaining anonymous in that she declared that she was not mentally ill.

She may also have been compromised by her own family who had previously placed her into a mental health facility and did not particularly want to be sent back to a mental health hospital perhaps suggesting at that time, prior being picked up by authorities that she was not mentally ill?

ruddock says he hopes that the report will not look just at the actions of the Immigration Department.

"It shouldn't disguise the problems you have in dealing with people who do not give you accurate information about who they are and their background, and the difficulties that you confront when having to deal with that are much greater than when you have cooperation," he said.

But do people have the right to remain anonymous even to government officials?

But Ms Solon's lawyer, George Newhouse, contradicts ruddock's claim that his client was uncooperative and had not given her real name.

Ms Solon remains in the Philippines while her legal team negotiates for compensation with the Government.

She has not been asked to give evidence at the Palmer inquiry, but others have told the investigation she did give her correct name.

"I would expect that Mr Ruddock would have read the Palmer report and that this information would have been in the report," Mr Newhouse said.

"I don't understand how Mr Ruddock could possibly suggest that Vivian was the cause of her own demise."

Mr Newhouse says he believes Mr Ruddock's comments are an attempt to blunt the inquiry's impact.

"But it does surprise me that Mr Ruddock is out there criticising the victims when I understand the report is going to slam his own department, a department that bungled the Cornelia Rau and the Vivian Solon case under his stewardship," he said.

And what about the leaks?

But he didn't live it and would have no idea in hell what that woman went through and you can immediately sense the cover up in his report because this was no journey but a living nightmare.

Did Cornelia Rau have a mental illness?

Some would say she was returned because she let the cat out of the bag and exposed the government lie that, 'she never had a mental illness' but instead was may have just been caused mental anguish by her treatment in custody.

Rau ordeal prompts call for separate Qld inquiry but the community calls for a public inquiry!

The Queensland Government has been urged to hold its own inquiry into mental health and corrective services in light of the Cornelia Rau case.
The Queensland Alliance, which represents mental health and prisoner groups, says Ms Rau's treatment after she was picked up by police on Cape York Peninsula exposes significant systematic failings.

An Iranian asylum seeker was denied access to psychiatric help, despite slashing himself several times inside South Australia's Baxter detention centre, the Federal Court in Adelaide has heard.

Baxter,'akin to the time in Nazi Germany'

I went to Baxter this Easter just past, and became more aware that this time is akin to the time in Nazi Germany when the concentration camps were being set up.

To their shame, and for some of them, to their demise, the citizens then did nothing while their government set up these camps, and rounded up the "undesirables." The Jews, the unionists, independent women, gypsies, gays and other classed as deviants.

How can I sit by while that happens again? How can you?

The private global corporation running the detention centres makes money off of the incarceration of children kidnapped from primary schools, and off of mental patients tortured for months, and off of people who have committed no crime and who are accused of no crime, who are locked up for nothing but fleeing for their lives and seeking asylum here.

Tom Iggulden and Just Us