Some how, amongst much police confusion, where road blocks were not about stopping traffic, but 'discouraging it', we managed to get our vehicles up a narrow lane to what looked like the media entrance of Gleneagles hotel. Hidden behind a police pen and crowd of media was the G8 bike ride people. 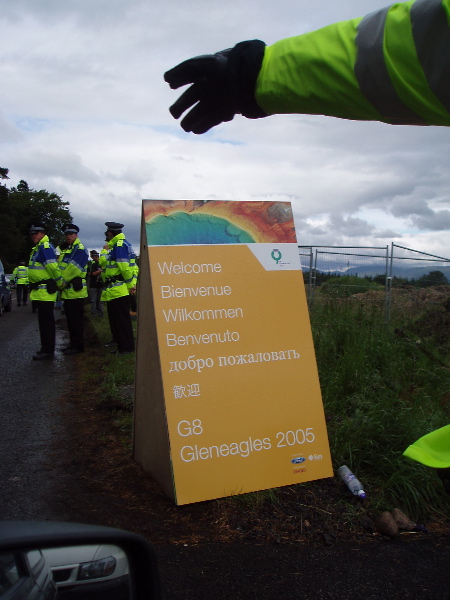 Welcome to the G8 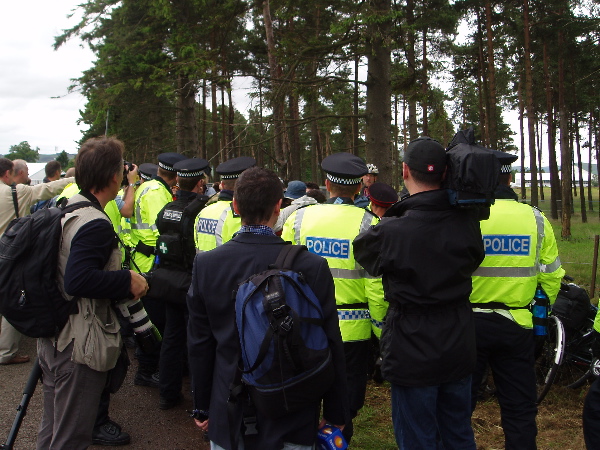 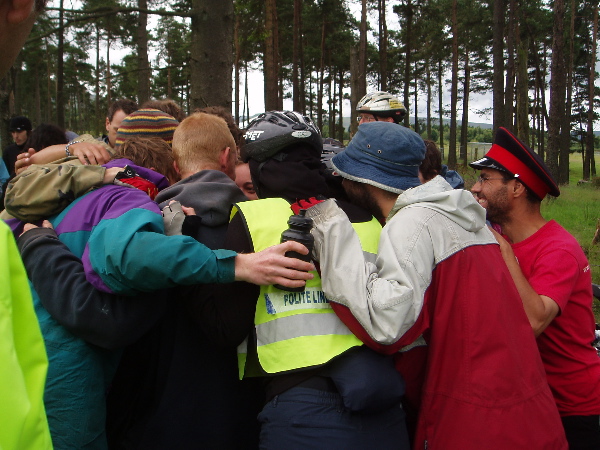 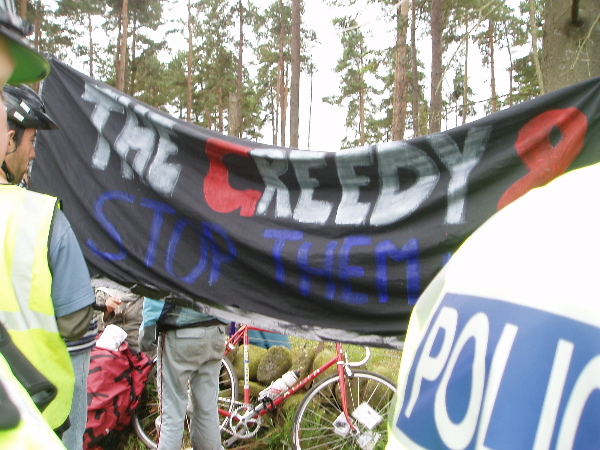 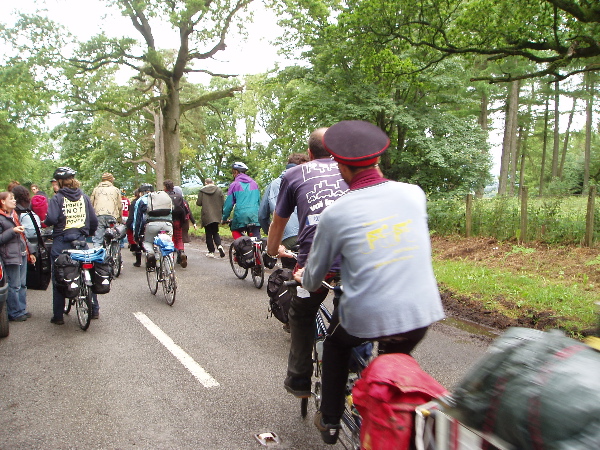 Leaving the entrance to Gleneagles 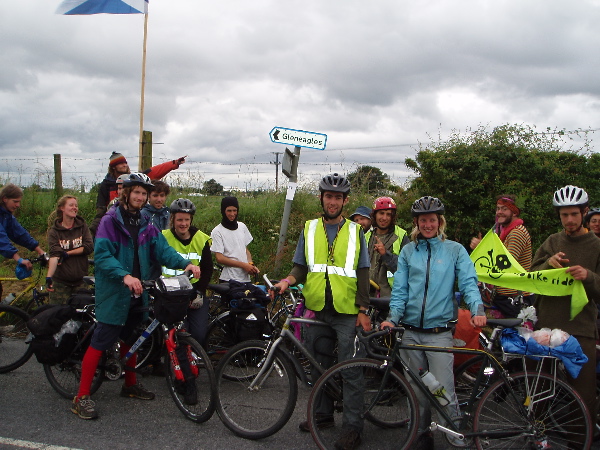 After becoming aware that the media entrance was now a bit more chaotic than before with vehicles and random people having a wee boogie to the bike soundsystem, the bike caravan was released and slowly made its way down to Auchterader.