It should have been obvious that the first attack would not be the last but I don't think many people expected it so soon. 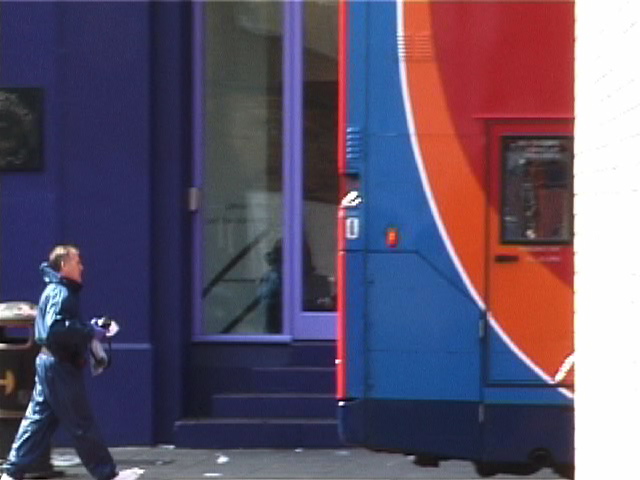 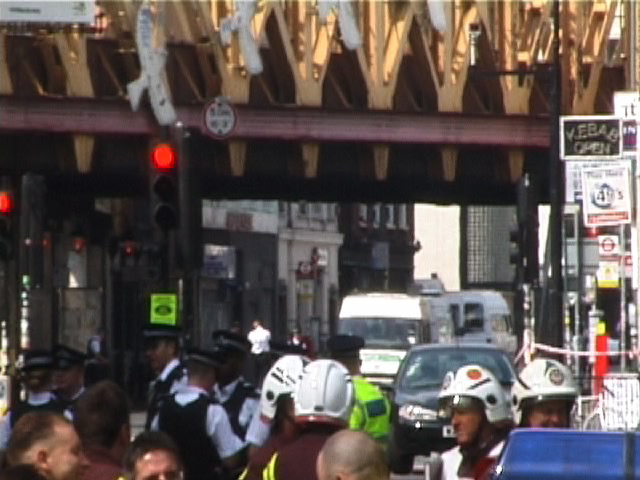 Just two short weeks the multiple bombings that killed at least 56 people during rush hour on the 7/7, London was plunged into chaos as a blatent copycat attack took place this afternoon.

Shortly before 1pm, London Underground was placed on 'amber alert' and the Hammersmith & City, Northern and Victoria lines were evacuated. Security cordons were put in place around three stations at the Oval, Warren Street and Shepherd's Bush and also around a number 26 bus on
Hackney Road in Bethnal Green, east London.

It quicly became obvious that a series of four co-ordinated incidents had taken place causing immediate and widespread panic. There was a striking similarity with the attacks of the 7th July, three tubes and one bus spread across London North, South, East and West in the shape of a burning cross.

Hearing what sounded like explosions, two of us grabbed cameras and headed off by bike. Unable to figure out where the noise came from or follow the sirens we headed for the scene of the incident on the number 26 bus where we got to within sight of the bus at a distance of around 20 yards. There was not a great deal going on, a large area had been cordoned off and there were loads of emergency personel and vehicles present but well away from the actual bus. I saw some kind of specalist go into the bus but that's about it. I didn't see any windows blown out as reported elsewhere.

It is obviously to early to guess whether todays four attacks were carried out by the same group that struck last time or the work of unrelated 'copycats'. Fortunately this time the bombs appeared to have either failed to go off or have been 'fakes'. The blasts were tiny only one minor injury reported, probably caused in the panic as people stampeded to get away.

At University College Hospital, armed police officers were deployed apparently to search for a suspect from the Warran Street attack. When I tried to go to Royal London Hospital in Whitechapel I found that people were being stopped and searched entering the premises. I was prevented from entering since I had a camera and their orders were keep out journalists.

The BBC reported that two people were arrested near Downing Street, one with a rucksac but Metropolitan Police Commissioner Sir Ian Blair later said that the arrest appeared to be "entirely unconnected" to the copycat bombers.

Ken Livingstone, abandoned an apointment related to families of victims of the previous attacks and Tony Blair cancelled a visit to an East London school and joined an emergency 'Cobra' meeting instead. In a statement PM Tony Blair said those responsible were trying intimidate and frighten people, "We've just got to react calmly and continue with our business" he said. This was echoed by Metropolitan Police Commissioner Sir Ian Blair (unrelated), saying the London was "back to business". Funny how these people go on about 'business' instead of saying for example 'getting on with our lives' - but perhaps it just goes to show what this crap is all about.