Pics and report of todays vigil at Stockwell tube.

Locals in Stockwell are still in a state of shock over what happened on Friday. Today around 50 people gathered to remember the innocent victim of Police 'marksmen'. 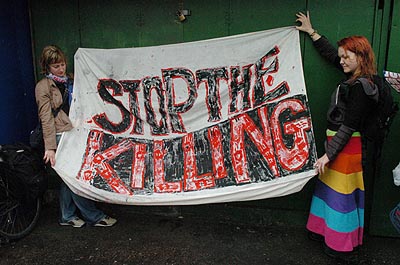 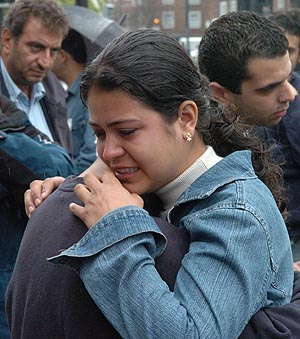 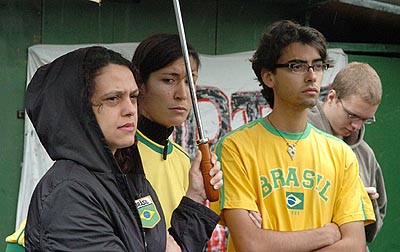 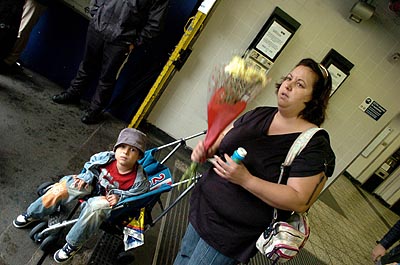 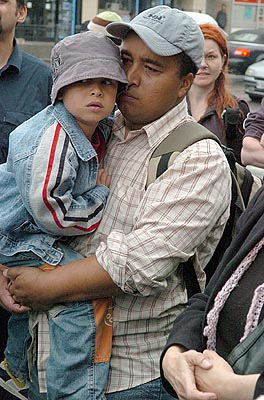 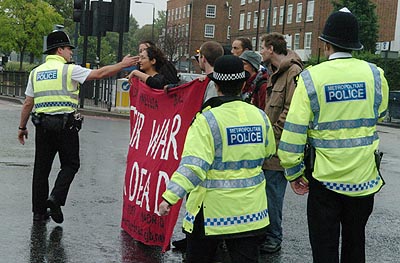 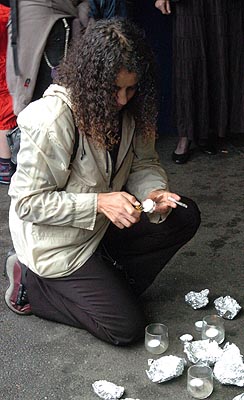 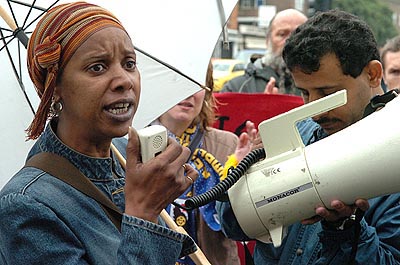 At very short notice members of the South London Latin American community joined with human rights campaigners and the cousins of the murdered man for a vigil at the scene of the crime. Also present was Brenda Weinburg whose brother Brian Douglas was killed by Police in neighbouring Kennington a few years ago. She addressed the crowd as did about 5 other speakers.

For the past few years this part of South London has been bombarded by scaremongering headlines about how many handguns are in the hands of criminals. In all that time there has never been a case of any criminals chasing an innocent stranger onto the tube and pinning him to the floor and pumping five rounds into the back of his head.

If this was the script of some kind of dark and twisted black comedy it would be far from funny. As it is reality it is not only tragic but deeply disturbing.