Still twiddling your thumbs after G8?

Smash EDO are planning a week of action and peace camp against the arms trade in the Wild Park, Mouslecoomb, Brighton from 13-19th August 2005 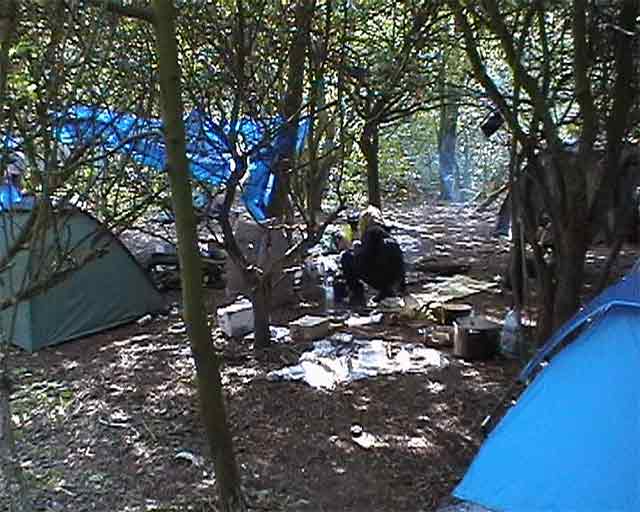 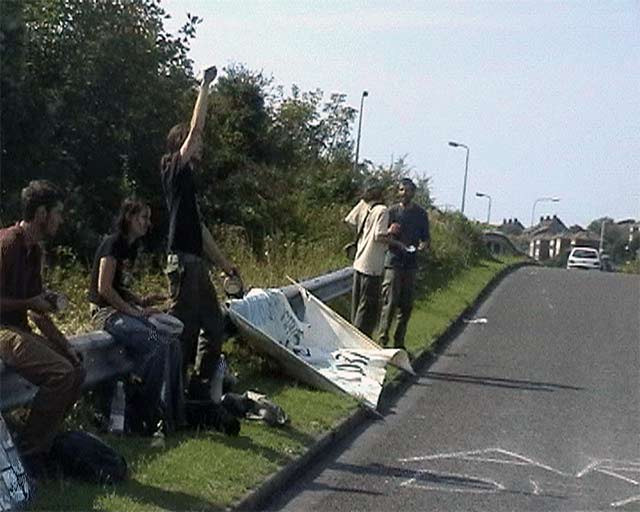 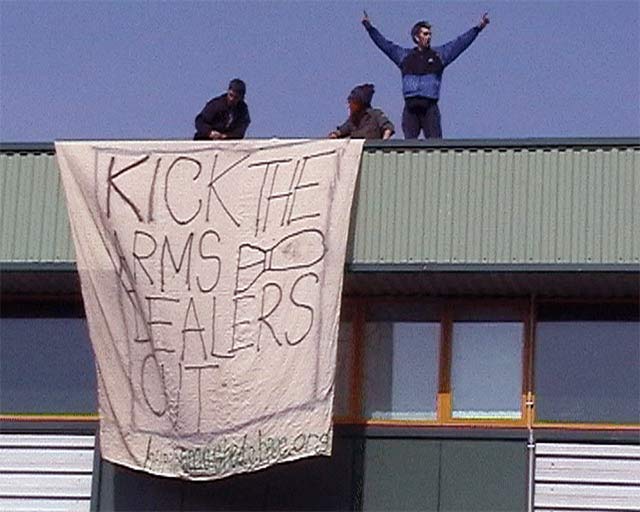 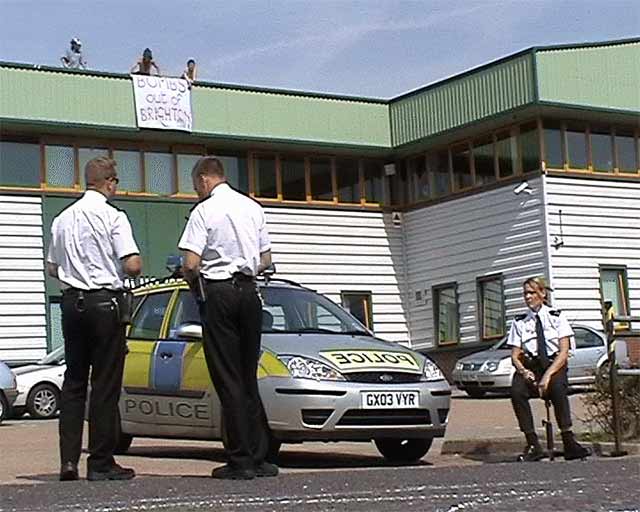 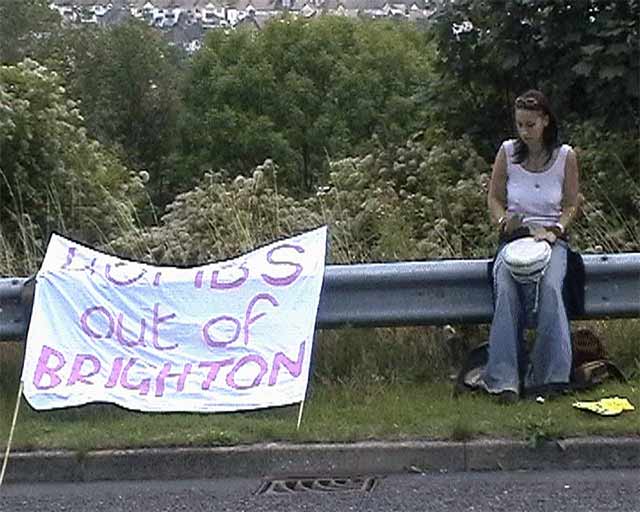 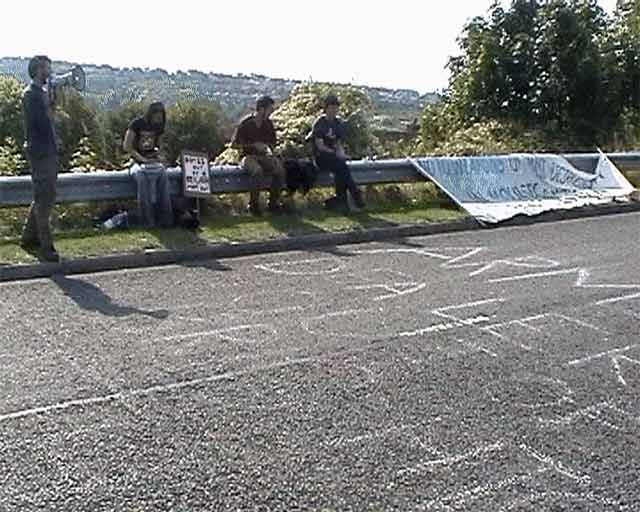 The camp will include demonstrations and actions every day against the factory, will be a chance for activists to meet and share ideas and to enjoy themselves in a beautiful setting. It will be a celebration of life and resistance in the face of repression and genocide.

Events during the camp will include a mass demonstration starting at Churchill Square, Brighton at 12pm on Saturday 13th August, a legal workshop at the campsite on Monday 15th August, and a mass noise demo on Wednesday 17th August a 4-6pm at the factory. More events TBA.

Smash EDO, the campaign against EDO MBM Technology in Brighton, has grown from a handful of activists taking to the streets to show their disgust against the arms trade to a campaign of national significance with thousands of supporters. EDO MBM have brought this on themselves by seeking a High Court injunction against peace campaigners which would create an exclusion zone around the factory and impose severe conditions on protests. The injunction would bind anyone who could be defined as a protester.

EDO MBM manufacture electrical components for the Paveway guided bomb which accounted for over half the guided missiles used so far by allied forces in Iraq. They are part of the UK Paveway Team alongside Thales and Raytheon and are currently developing the Paveway IV system which is scheduled to be ready for use in Iraq by 2007. Many atrocities have been carried out with Paveway munitions, including the murder of 62 civilians in Shu Ale market place in March 2003 with a bomb later traced to a factory owned by Raytheon.

EDO MBM are also involved in the design and manufacture of unmanned combat air vehicles or drones of the type used by Israel in its illegal campaign of targeted assassination of Palestinian leaders.

The campaign against EDO MBM has featured a blockade of the factory, shutting it down for the day, a week long peace camp, rooftop occupations and weekly noise demonstrations outside the factory. The campaign includes peace activists, intellectuals, faith groups, students and Palestine solidarity activists. It takes place in a city where resistance to the war in Iraq was strong with 5000 demonstrating on the day that war began.

In April Smash EDO, Bombs out of Brighton and several named individuals were targeted with a High Court injunction under the Protection From Harassment Act (PHA) 1997. The injunction aims to restrict protests outside the factory to two and a half hours of silence on a Thursday afternoon with no more than 10 protesters. EDO MBM have spent £47 000 on launching the proceedings and are spending a further £523 per hour for every hour they spend in court. It is the first such injunction to be used against activists outside the animal right movement and is part of the general move to take away our right to protest. Activists sought to fight the injunction stating that it contravened their right to freedom of expression and assembly enshrined in articles 10 and 11 of the European Convention of Human Rights and that EDO MBM’s business was ancillary to war crimes, crimes against humanity and genocide.

At the interim hearing Judge Gross asserted that freedom of expression ‘is a value jealously guarded under English law’ and refused to impose limits on the size or number of demonstrations before a full court hearing. However, Sussex Police are attempting to make protest impossible by confining protesters to a small grass verge opposite the factory premises.

In mid-June a legal observer at a demonstration outside the factory was remanded in Lewes prison for 4 days for allegedly filming a security guard at the factory. He is charged with breach of the interim injunction which carries a maximum term of five years imprisonment. He has elected for a jury trial at Lewes Crown Court which would be the first time anyone has been tried for breaching an injunction under PHA. He has now been released on bail.

More recently Jaya Sacca was remanded at Lewes after being assaulted by security guards and then charged with assault!

The campaign against EDO MBM in Brighton shows how successful dedicated and sustained campaigning can be. It also shows that when campaigning is successful repression against it is strong. Those campaigning against EDO MBM in Brighton will need national support if they are to succeed and their fight against the injunction will affect the future right to protest and the battle for civil liberties in the UK.
.
Smash EDO are organising a peace camp from 13th-19th August in the Wild Park close to the factory. The camp kicks off with a march through Brighton starting at 12pm on August 13th in Churchill Square. Contact