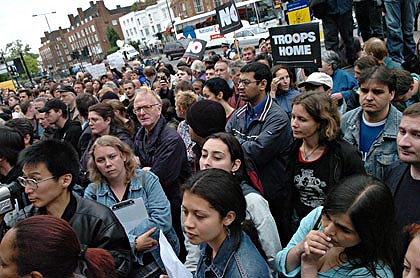 Some of the hundreds. 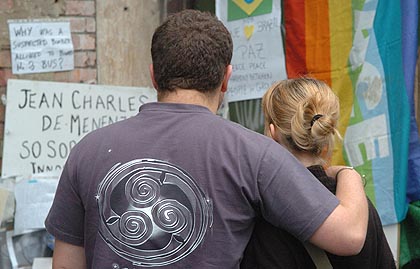 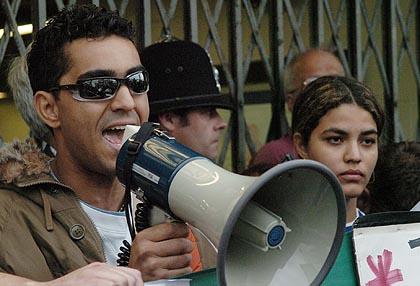 One of Jean's workmates. 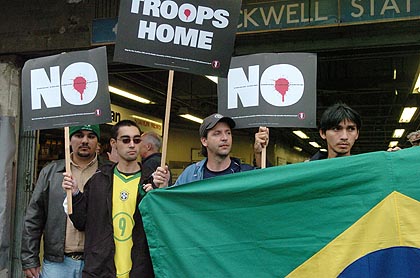 A strong showing from the... 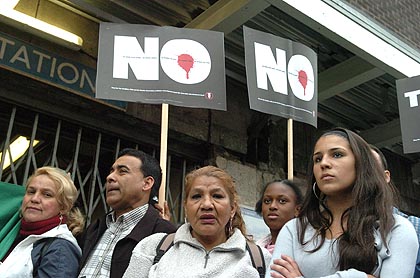 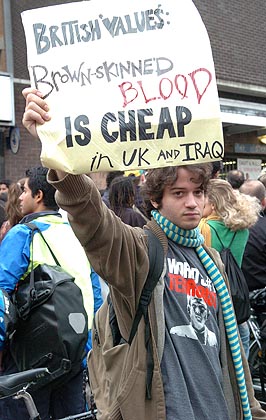 The placard says it all.

Dozens of people had arrived a full half hour before the vigil started to lay flowers by the entrance to the station. By 6pm there were several hundred in attendance mostly from the local Latin American community. The vigil was marred for many by several loud arguments that broke out from the very beginning of the proceedings. On one hand the organizers from the Stop the War Coalition could have done more to facilitate contributions from those in attendance as well as the speakers they had lined up. On the other the heckling from one organized (mostly American) group in the crowd was totally disrespectful to the occasion especially when they shouted abuse during the minutes silence called to remember Jean. Fucking idiots.

This aside the speeches on the whole were very good especially the ones by the local Brazilians and Portuguese who had shown up for the vigil. Considering the short notice the turnout was very good and the local anger was plain to see. Sadly a lot of people left before the end, which was a shame because they missed a very good spontaneous march.