On Saturday 2nd July 2005, CRAP (Capitalism Represents Acceptable Policy), the world's fiercest, most disiplined and doggedly persistant capitalism advocacy group, marched on the streets of Edinburgh, in defiance of various anarchist, leftist, progressive and churchy/do-goody/reformist organisations and successfully sabotaged their vague and pathetic attempt to make the world fairer, more sustainable and as the slogan goes 'make poverty history'. 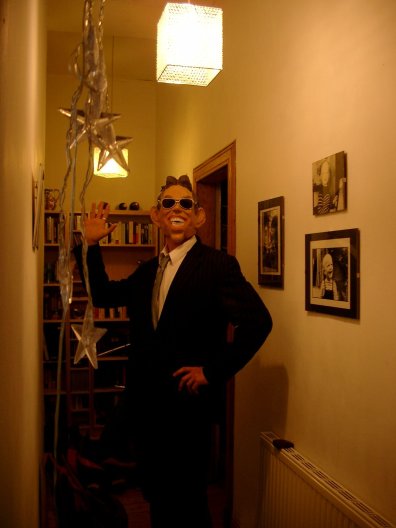 Pre-March planning session with our No. 1 man Tony. 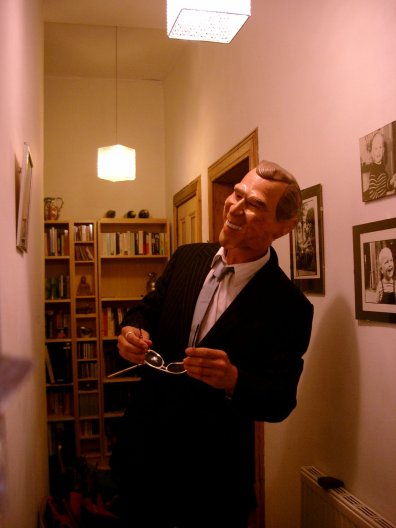 George joined us for some placard and banner making too. 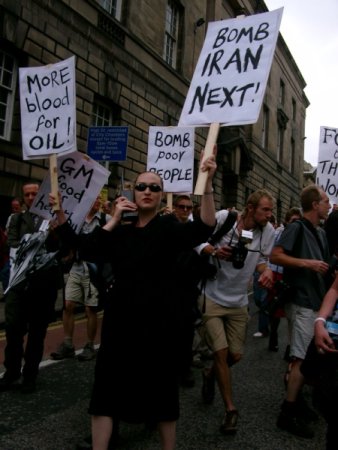 July 2nd: Brave pro-capitalists make their way to the front of the march. 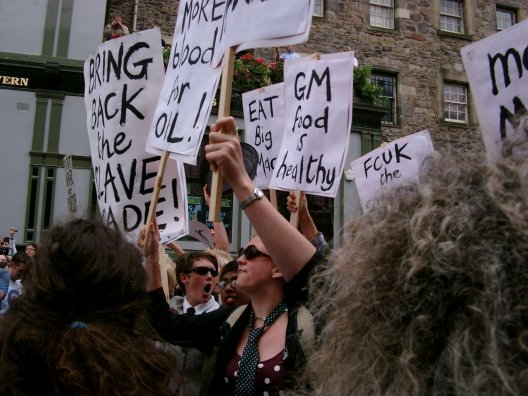 And they're off: CRAP take to the streets to challenge the do-goody liberals. 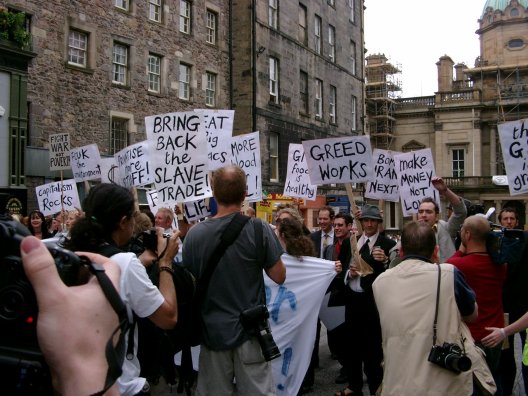 The glorious moment we stopped those liberal do-gooders. 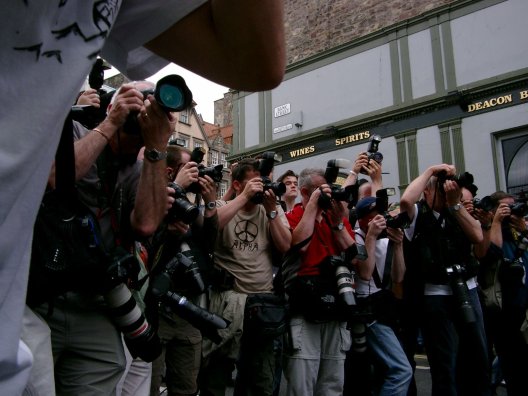 The 'front of the 'make poverty history' march successfully blockaded. 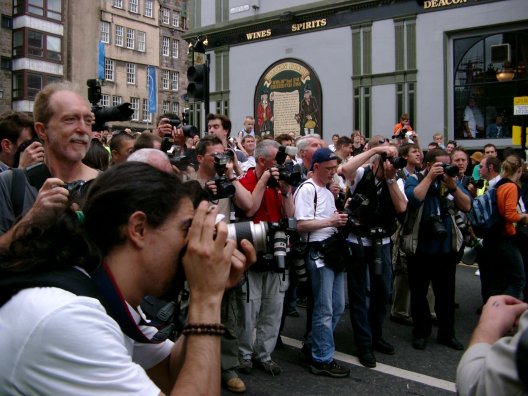 The corporate media love us... (unlike you alt.media buggers!) 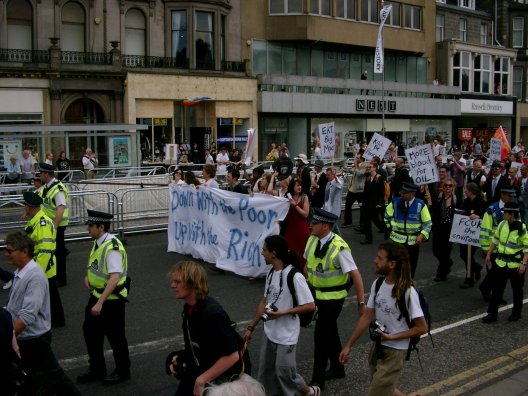 With the full support and protection of her Majesties Police, CRAP lead the way. 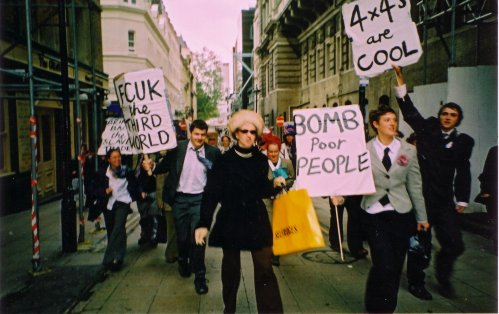 On Saturday 2nd July 2005, CRAP (Capitalism Represents Acceptable Policy), the world's fiercest, most disiplined and doggedly persistant capitalism advocacy group, marched on the streets of Edinburgh, in defiance of various anarchist, leftist, progressive and churchy/do-goody/reformist organisations and successfully sabotaged their vague and pathetic attempt to make the world fairer, more sustainable and as the slogan goes 'make poverty history'.

A substantial number of CRAP's activists had, earlier in the year, suggested completely ignoring the protests surrounding the G8, since we knew the army were on hold to deal with any serious threat of disruption involving the actual G8 conference, and that since the 'Make Poverty History' campaign had been totally watered-down, co-opted and made largely irrelevant by pro-industry and pro-globalisation forces (thankyou heads of Oxfam, Bob, Gordon, Tony and friends, you are all heroes and are now top nominees for this years 'friends of capitalism awards'), there was no chance of any real change of policy towards Africa or climate change.

Many lifelong honorary members of CRAP argued that there was no point us mobilising against the threat of progressive social change when our man Bob, his mates in government and the mainstream media had duped most 'concerned do-goody citizens' into thinking they could eliviate poverty and reverse centuries of global social and economic policy by watching Miriah Carey and Bill Gates on stage and walking in an ernest fashion in a white t-shirt.

Unlike previous G8 summits, where the whole nature of capitalism was being questioned and put under the spotlight in the world's media (due to the actions of crazy extreme leftist bicycle-loving beatniks), we knew that this year, the world's rich (us and our mates) had got our act together PR-wise and had little to worry about. Tony and Gordon's ingenious whitewashing and brown-nosing approach had worked a treat and the papers front-pages told of the wonderous philanthropy and bravery of the G8 leaders, financiers and the corporate elite, as they prepared for a fresh wave of privatisation schemes and corpotae profit in Africa.

So why then, you may ask, did CRAP bother marching in Edinburgh, on July 2nd?

The answer is: we decided to march not just in defiance of the diseased new-world hopes of the liberal left, but also in celebration.
In celebration of the fact that capitalism works for us and that no two-bit environmental-pinko, dreadlocked-winger- is gonna change that. We and all other civilised people in the civilised world will always consume without fear, pollute without prejudice, and secure unlimited access to global resources without guilt (or images on TV of starving babies).

Anyway, here's how our successful anti anti-capitalist mobilisation unfolded that fine day, July 2nd...and how we did our bit to 'make poverty worse'.