Angry march to remember man murdered by cops on Friday.

After the vigil to remember murdered innocent Jean Charles de Menezes several hundred people spontaneously decided that a protest march was a more fitting way to make their feelings known. 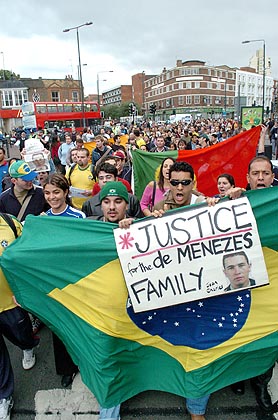 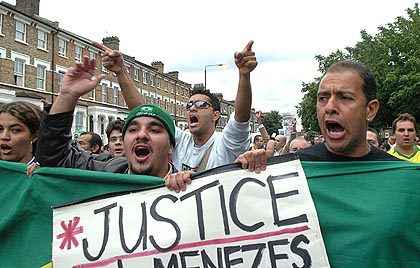 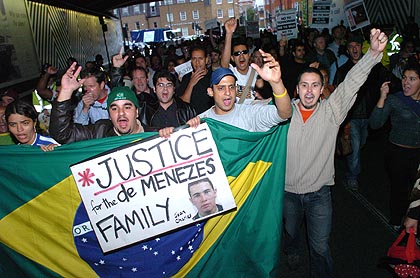 Noise under the bridge. 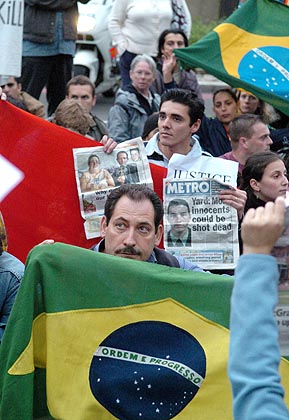 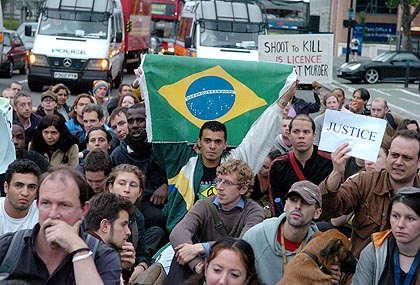 ...and refusing to move. 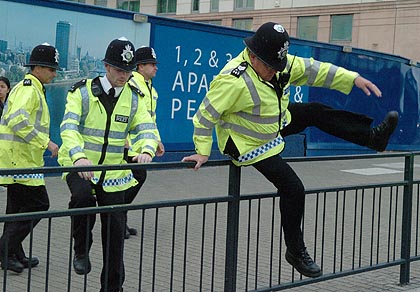 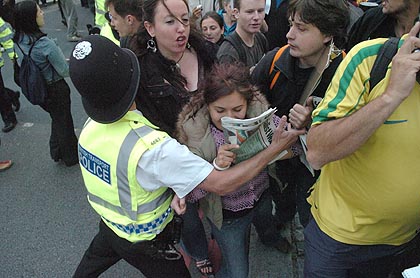 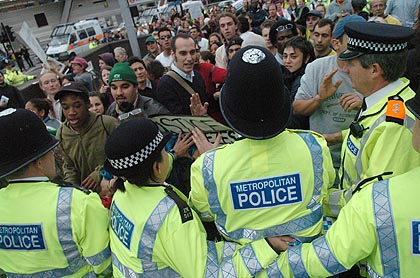 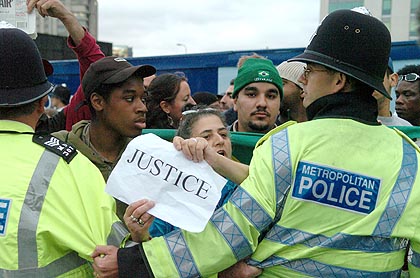 Not an unreasonable request.

The march began without Police permission at Stockwell station and started heading for the MI5 building on the other side of the river. Police struggled to keep up with the marchers and tried unsuccessfully to reach any agreement about where they should finish. They also failed to make the march take a small part of the road to facilitate the traffic. At one point an Ambulance was allowed to get through.

As the demo reached Vauxhall cross more cops arrived and blocked the road trying to make everyone get onto the pavement. The marchers responded by sitting down to block the road so the cops allowed them to continue until the bridge where yet more Police blocked the road. The cordon prevented anyone from going further though people were allowed to leave in the other direction. There were no arrests.

Bravo to everyone who took part. I'm miles away, but burning with rage and pity about what happened to this innocent human being.

Brazil will come out fine of the struggle..
Justice is demanded and must be done. None of us can live in peace anymore after what happened.
The american ways of ruling should be left for them only..If they want to kill eachother continuosly ..so let them do.