Police and demonstrators both sent out a warning today of the likely outcome of next Sunday's mass demonstration. The Home Office, having been made to look an ass by Brian Haw, intended victim of the Serious Organised Crime and Police Act, decided to make its position on the "designated area" surrounding Parliament absolutely clear. 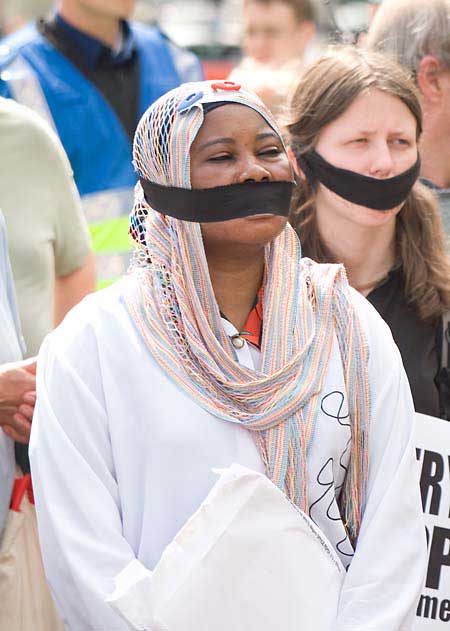 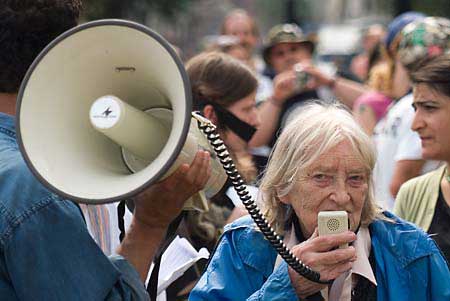 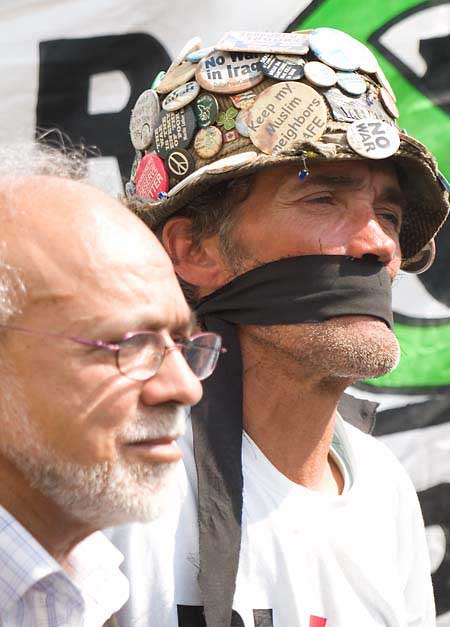 Brian Haw - the only person legally there! 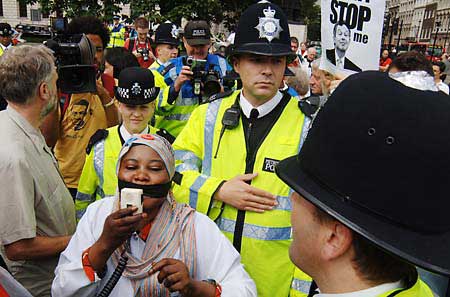 Police move in on speakers 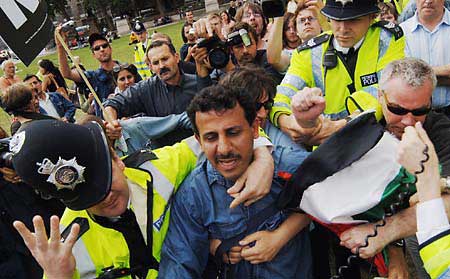 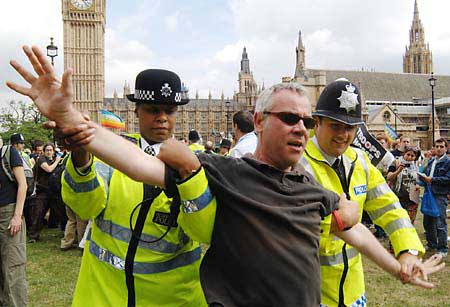 Yesterday it was legal to stand here... 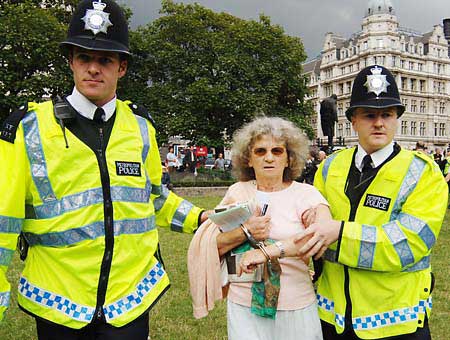 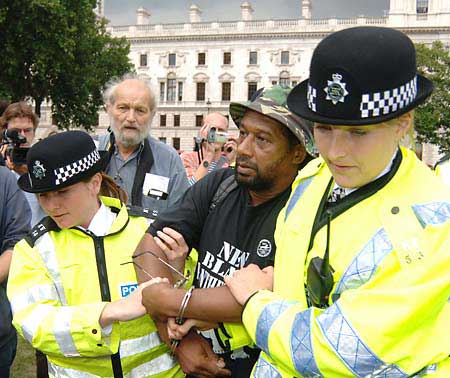 In a set piece civil disobedience, at least five people were arrested in Parliament Square today. Although the individual charges are still unclear, police leafleted the crowd, then ordered it to disperse on the grounds that permission had not been sought and that it was therefore an illegal demonstration.

There were multiple reports of at least twenty vans of police parked nearby, indicating official uncertainty about the scale of today's demonstration.

The demonstrators - less than 200 - were easily outnumbered by press and police, but represented a wide cross section of dissent. Many sported black gags, removing them only to speak using a forbidden megaphone.

(Can this really be England?)

After about an hour, police formed into a briefing huddle, then marched in a line towards the illegal demonstration and ordered the speaker - at that point Jeremy Corbyn MP - to desist. Police surrounded the speakers, the crowd surrounded the police and for a short while there was a stand off, culminating in the arrest of the apparent owner of the megaphone.

Scuffles broke out, and 4 further arrests - including one elderly woman - followed.