These are photographs (listed in a chronological order) of the protest, before the police decided that it was time to arrest some people, so that they could say that they were 'upholding the law'. 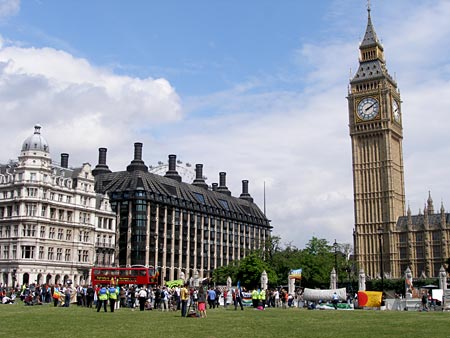 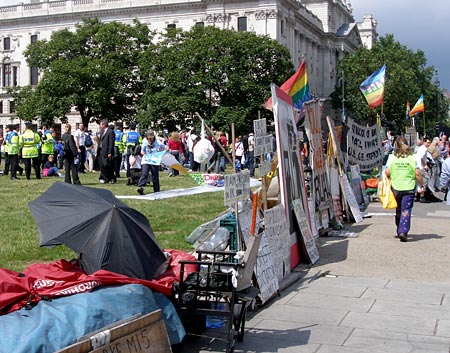 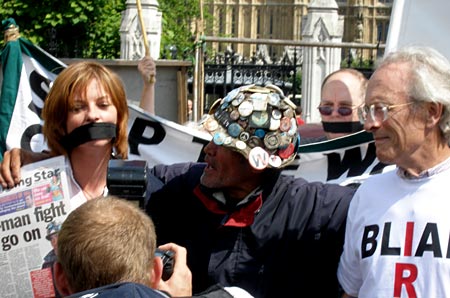 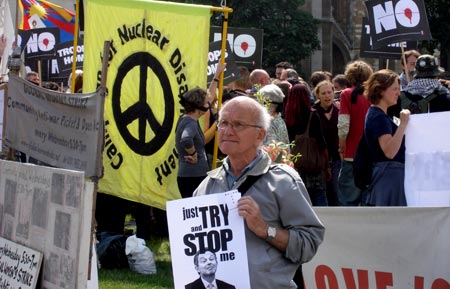 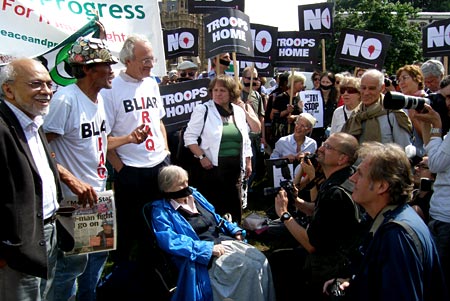 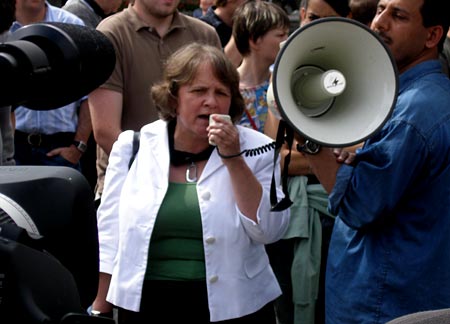 Bit of background info lifted from the 'stop the war' web site:

"the government has introduced an exclusion order for the area around Parliament. Due to come into effect from 1 August, this exclusion zone prohibits demonstrations, even one-person demonstrations, unless the police expressly permit them. Failure to comply can lead to arrest. The zone covers a very wide area around Parliament as far as the London Eye, Charing Cross embankment and up to (although not including) Trafalgar Square.

The new zone is ostensibly to deal with one protest, that of anti war protester Brian Haw who is camped on Parliament Square. That in itself is a denial of his right to protest and should be opposed. But the exclusion order’s range will prohibit a large number of other protests outside parliament, Downing St and government buildings."

I was told, that there will another protest happening on Sunday.