European Solidarity with Chiapas is rising

Solidarity groups deepen the level of networking.
Anti-neoliberal struggles in Europe are emphasised. 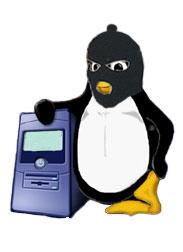 The European gathering of the Zapatista Solidarity groups, which was called at short notice, produced “very positive results” according to the participants at the evaluation at the end.
The internal networking was intensified and/or reactivated, experiences and analysis (pl.) were exchanged and new projects envisaged.

More than 120 delegates of 36 organisations from Spain, italy, Switzerland, Germany, France and Belgium have gathered from 22nd till 24th of July in Barcelona to discuss the new initiative of the Zapatista Army for Liberation EZLN to build up broad non-parliamentary left alliances.
The Initative was published in the “Sixth Declaration from the Lacadonian Jungle” start of July.


Two main topics were discussed, both reflecting the “Sixth Declaration”, which proposes a consistent egalitarian process based on grassroot-democracy.


The first included the exchange of experiences and the conception of new projects in the practical aspects of the solidarity work by the European groups with indigenous rebels in Mexico.
In working groups the topics health, education, human rights observation, public campaigns and alternative trade were debated.

in the meantime an indeed functioning network exists between groups from Germany, France, Italy and Switzerland in the area of coffee with the network being able to cope with possible delivery problems of the cooperatives.

Philipp Gerber, ethnologist, member of the Zurich group „Direkte Solidarität mit Chiapas“ and author of the book “Flavour of the rebellion – Zapatista coffee, indigenous insurrection and autonomous cooperatives in Chiapas” pointed out in the interview:
“The variety of the groups enabled an exciting exchange in the concrete fields of activity like e.g. merchandising of Zapatista products in Europe, with the coffee from the cooperatives dominating.
But because of the huge differences in the way of how the collectives work, the practical cooperation isn't always that easy.”


The second main topic of the discussion focussed on the emancipation of the resistance in Europe. With the slogan:
“No to War! No to Neoliberalism!”,
it was decided that the organisations will in their regions extend the non-parliamentary networks and collect the basic demands of the people .
A big approving applause was given to the proposal of the group “Caminos” from Madrid, to take up a new, more radical union struggle.

For the end of this year another European meeting is aimed at, followed with the participation at the intercontinental meeting, which was proposed by the EZLN.

César Rubio, anarchist activist from Mexico City, who has contributed a lot in building up numerous potable water projects, was impressed by the meeting:
“There is a real positive enthusiastic atmosphere! I have got to know many dedicated people here.
We have to continue to weave the nets from below.”

During the meeting, two new communiques of the EZLN were published, too.
Subcomandante Marcos highlighted in those amongst other things the importance of the mexican and international solidarity collectives and mentioned as examples school projects from Greece, donations by Inter Milan, alternative merchandising of Zapatista products in the USA or the setup of the EZLN broadcasting of “Radio Insurgente” by
“a group of north american, german and british men and women.”