Nottingham NO2ID Operating under the NO2ID banner, are a group of people based in and around Nottingham UK who strongly oppose the UK government's plans for national biometric ID cards and a "National Identity Register" database system. We are affiliated with the nationwide NO2ID campaign. 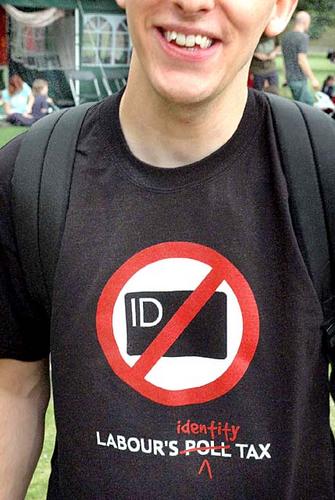 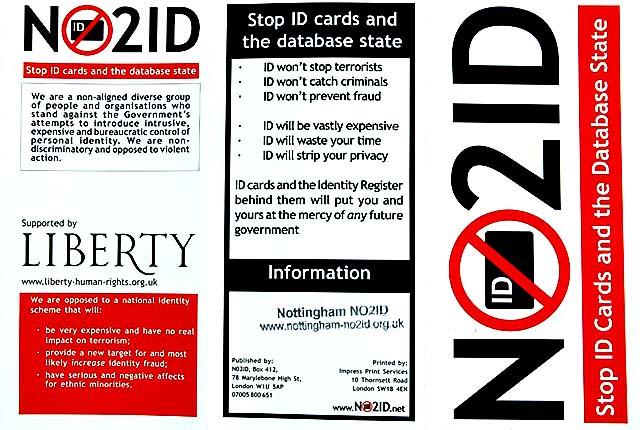 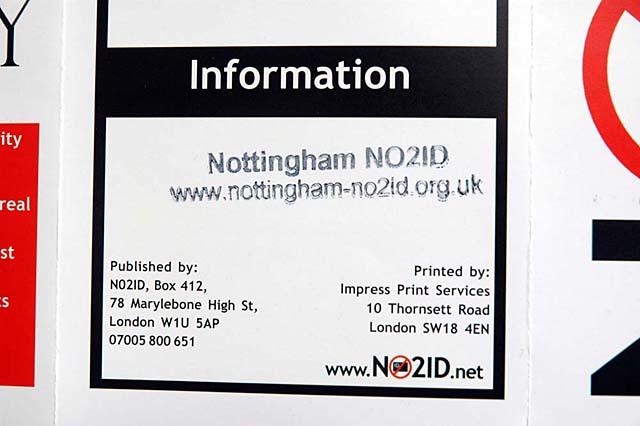 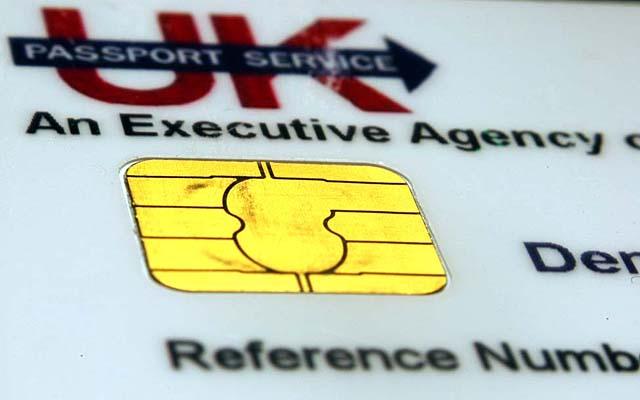 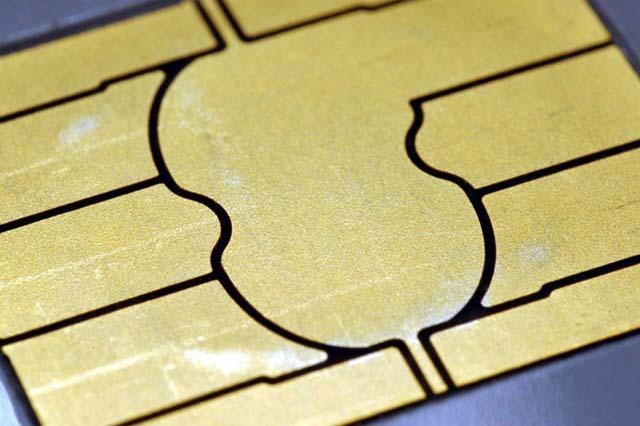 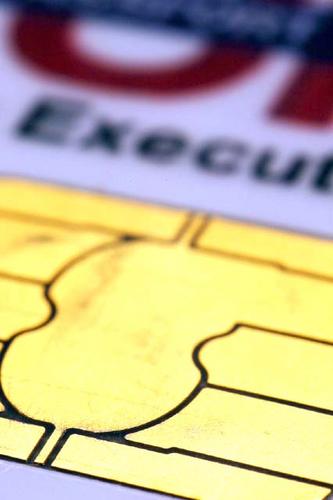 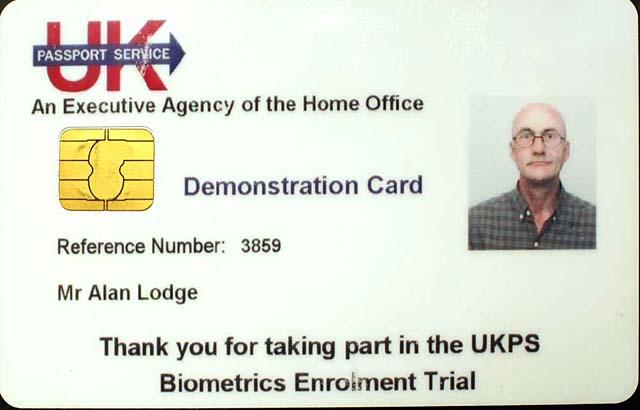 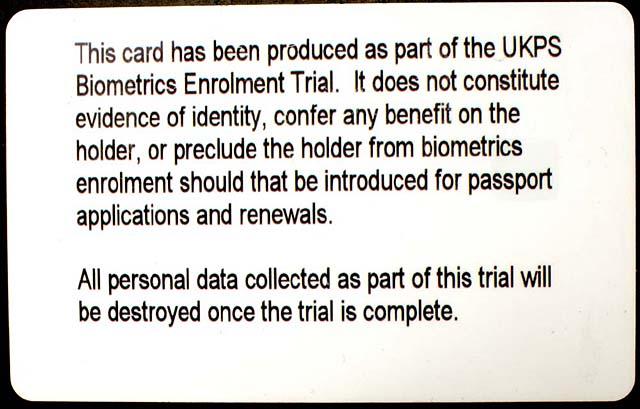 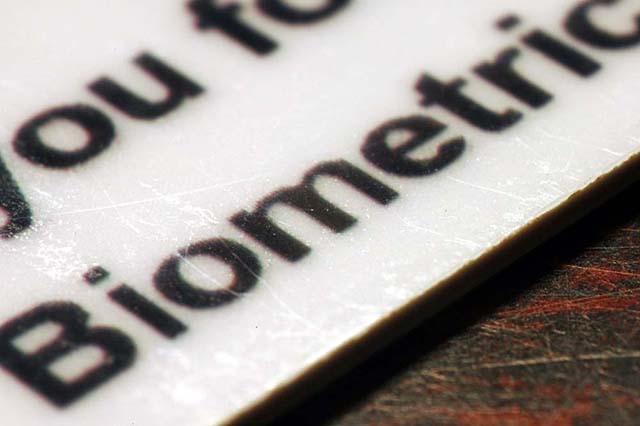 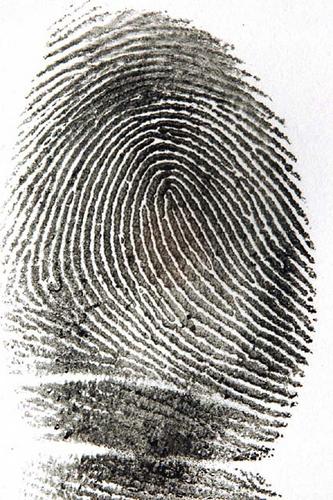 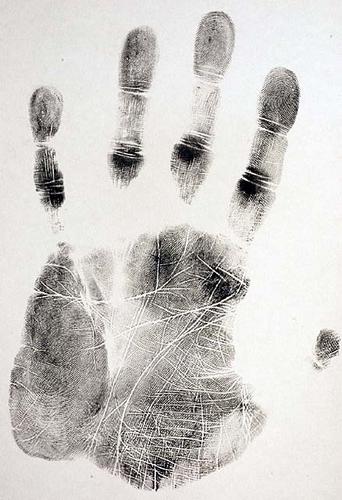 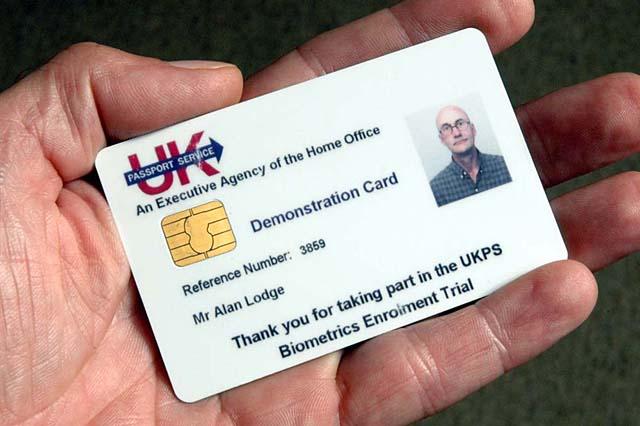 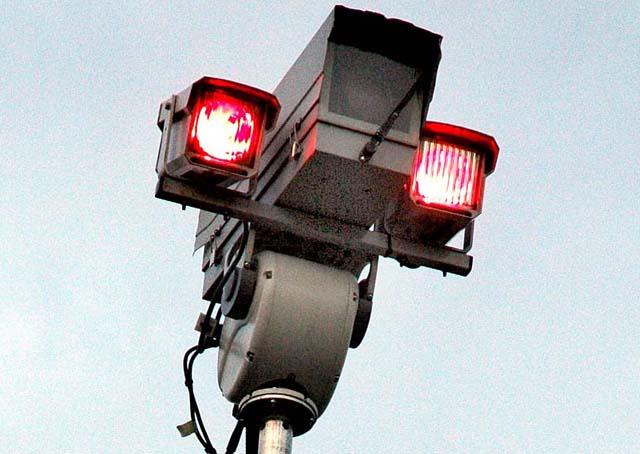 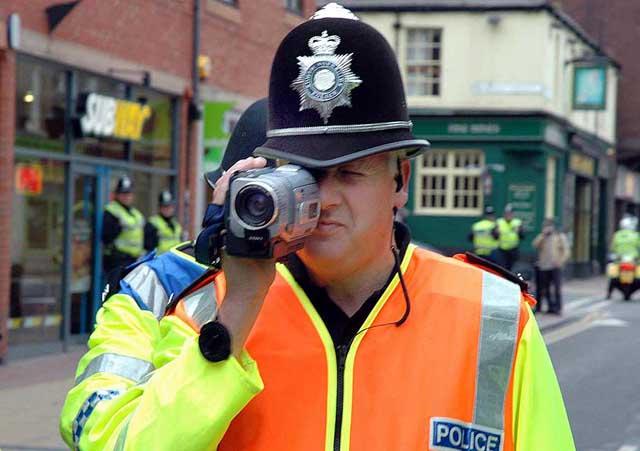 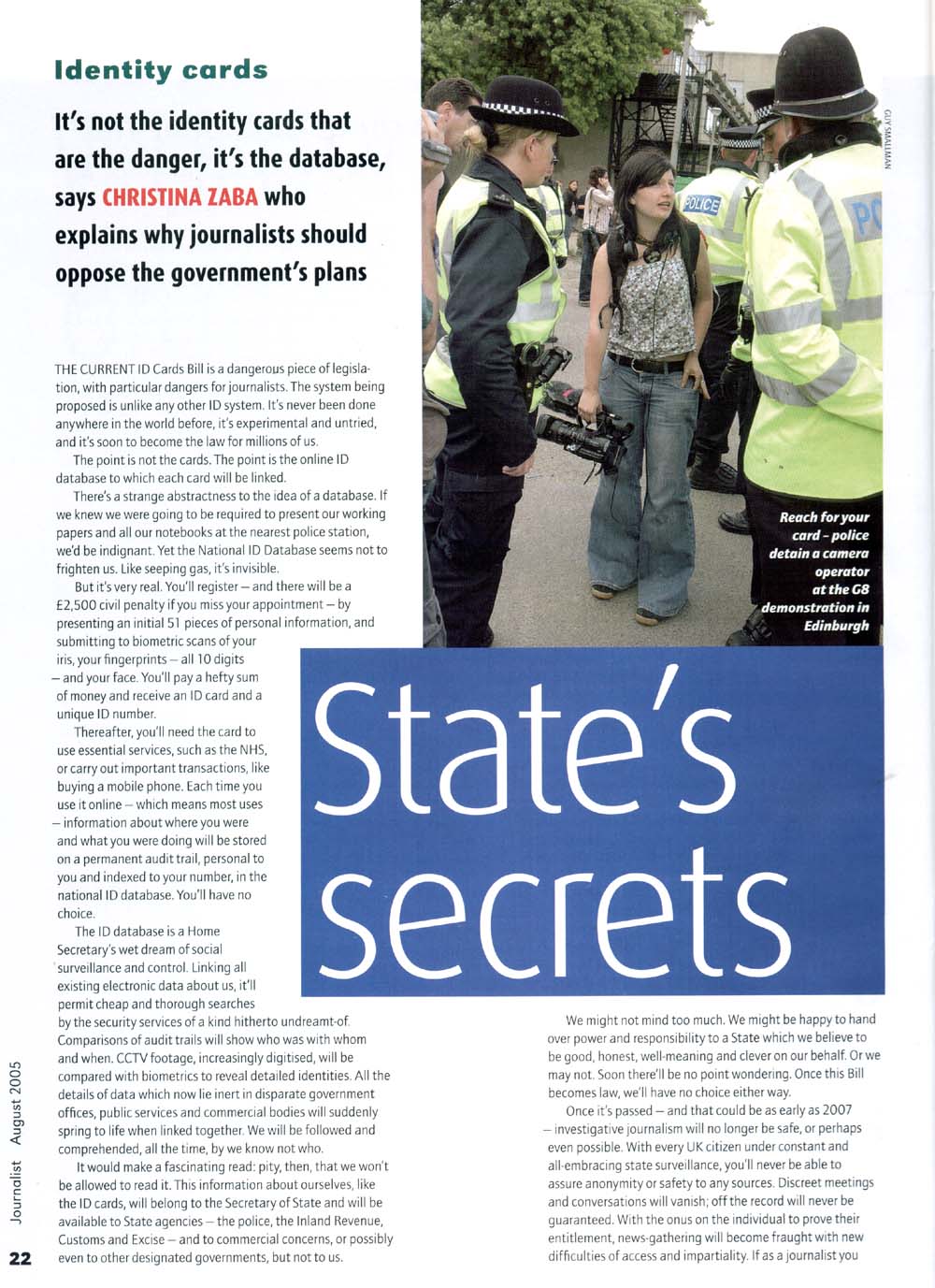 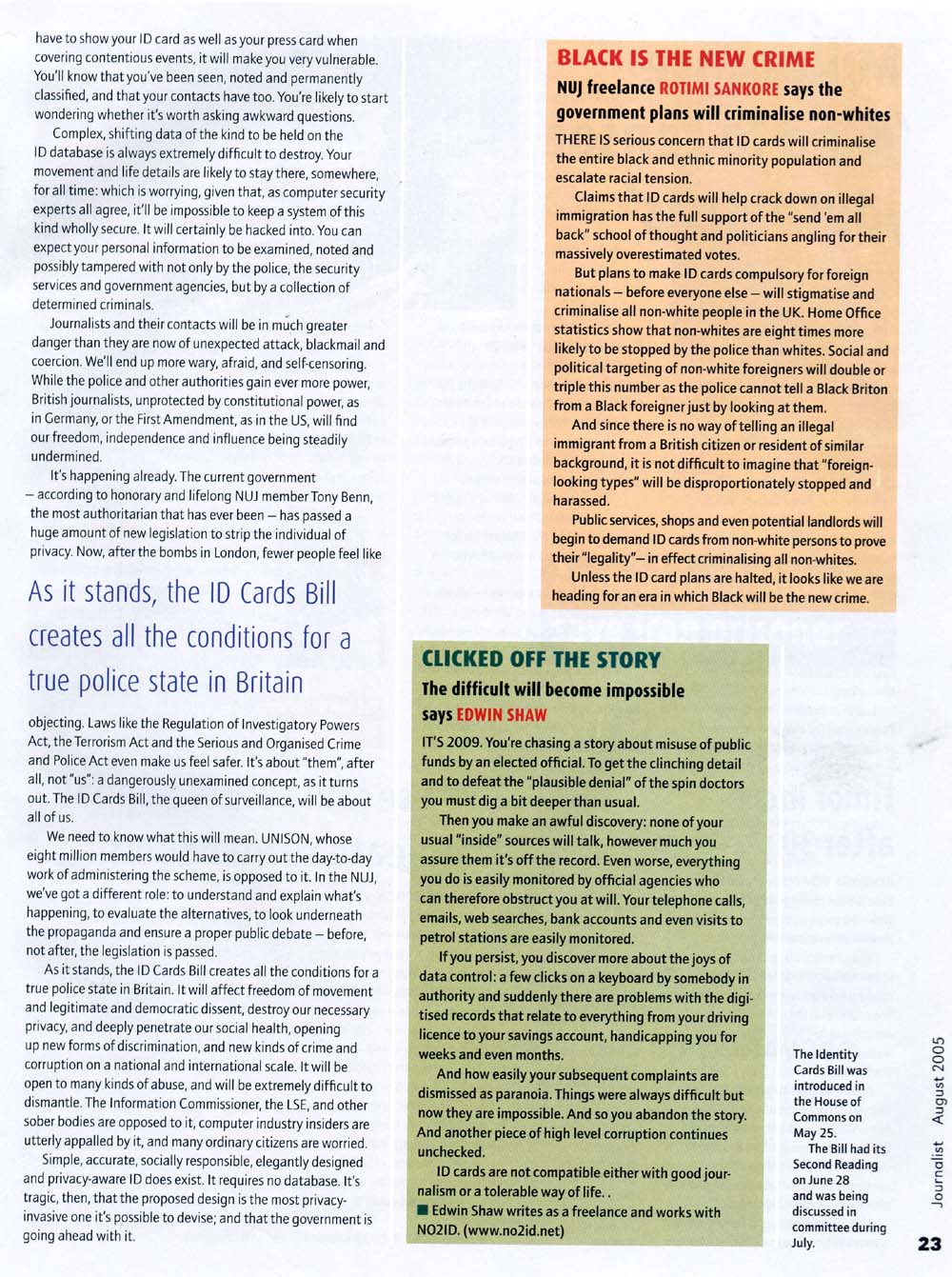 Nottingham NO2ID Operating under the NO2ID banner, are a group of people based in and around Nottingham UK who strongly oppose the UK government's plans for national biometric ID cards and a "National Identity Register" database system. We are affiliated with the nationwide NO2ID campaign.

We bring together individuals and organisations from all sections of the community and seek to ensure that the case against the identity scheme is forcefully put forward in the media, in the corridors of power and at grassroots level.

We hope to defeat the Home Secretary's proposals in Parliament, but will continue our campaign in the country at large even if legislation is passed.

Opposing ID
There are many reasons to oppose the proposed scheme, a few of which are briefly outlined below:

You will have to pay for an ID scheme out of your own pocket.

The national campaign site at:

I the middle of last year, I had voluteered to take part in the Home Office Identity Card Scheme trial.

If you would like to sign up as a volunteer for the biometrics enrolment trial which UK Passport Service are undertaking, the recruitment of volunteers is being managed by MORI (Market & Opinion Research International). Any request to take part in the trial should be directed to: Melanie Briere on telephone number 020 7347 3023, e-mail

Quite a painless exercise. They took all fingerprints, a face picture [with a four position facial 'map'] and an iris read. This was done from about 15" away, a little surprising that, since I thought it was right up close, like looking into a microscope. Then I signed an electronic pad. That was the databasing side. Filled out a questionnaire, while card was prepared.

Then there is the verification phase. They took my card, stuck it into the reader. I was asked to sit at similar machine that scanned my face. It took a few seconds. then the computer, whirred and rattled, then everything stopped, a few worried looks! then it started again, the screen showed my name and details. So it worked. Well, at least with a sample of 3859 folks to compare on the database. That's as far as they've got now.

Not sure what a terrorist is going to make of all this. If is catches a few, that's good of course. But with my experience of plod, I can see how awkward it is going to be for some folks ......

My pet fear still remains a policeman / soldier / neighbourhood wardens perhaps, being able to approach you in the street, and without any further evidence or suspicion, say to you "Papers". and there we are, right back in the 1930's Germany etc ......

The Full report of this trial was published on the 25th May, and can be see at:

with a sumary at:

ID card and database schemes, are of course, only part of the mix, used to control the populus. They will link directly into the CCTV, police surveillance [eg FIT teams] systems and the National Criminal Intelligence databases.

If you want to know any more about my interest in surveillance, please check these links out:

There are journalistic implications to the ID card scheme, and The Journalist Magazine has just covered some of their concerns in the August issue.