Around 100 people demonstrated outside the Houses of Parliament for two hours. Five people were arrested as police tried to enforce the new law preventing assembly outside the building. 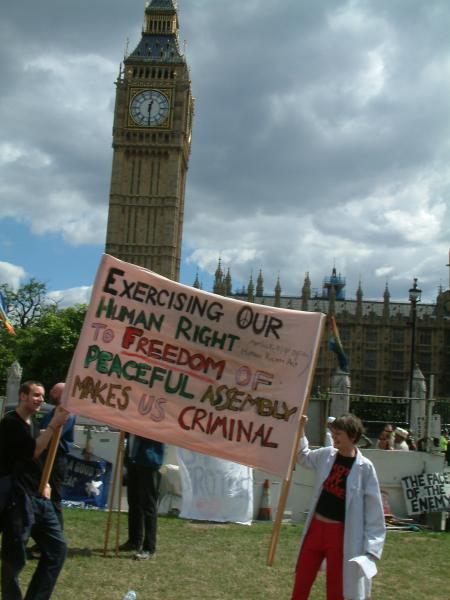 Protestors unfurl banner on the green outside parliament 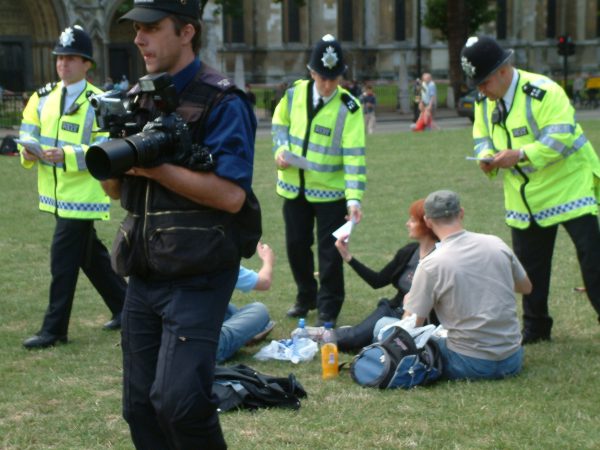 Police move in and leaflet people sat on the green 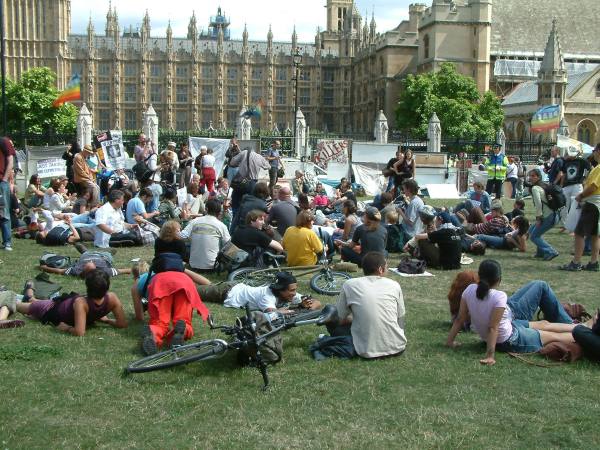 Many of the protestors came from the anti-war movement, with Brian Haw and his still legal demonstrations to back up their voices. The police stood around watching the illegal demonstration for an hour. After this the police moved in en mass leafletting people either demonstrating or just sitting on the green enjoying the sunny day. They then proceeded to arrest 5 people - to cries of "Shame on You".

The demonstration continued after the arrests, finishing two hours after it began with a final sit down.