Palestine at the Festival!

This is a short account with 9 photos of the cavalcade at the start of the Edinburgh fringe festival in which the DabkaTroupe from Nablus, Palestine took part. 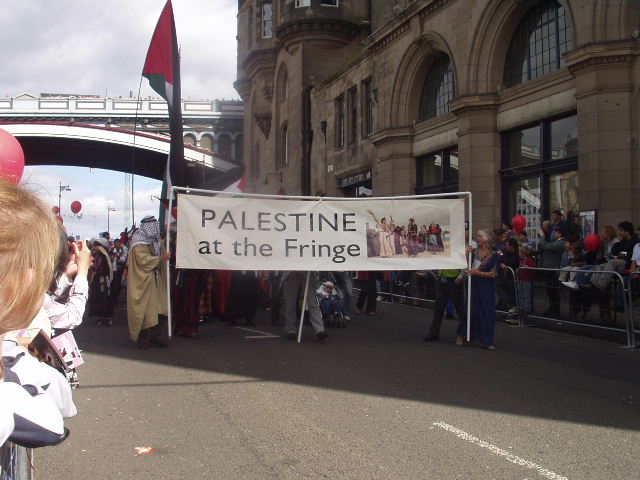 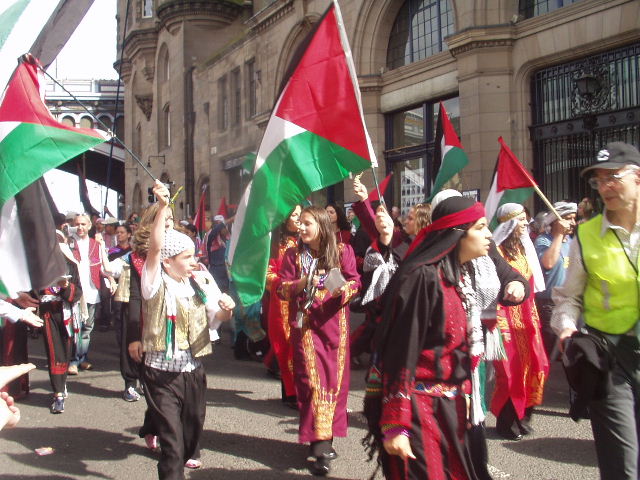 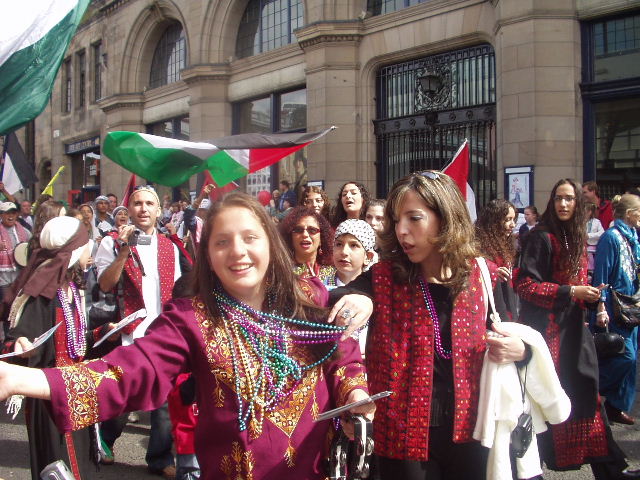 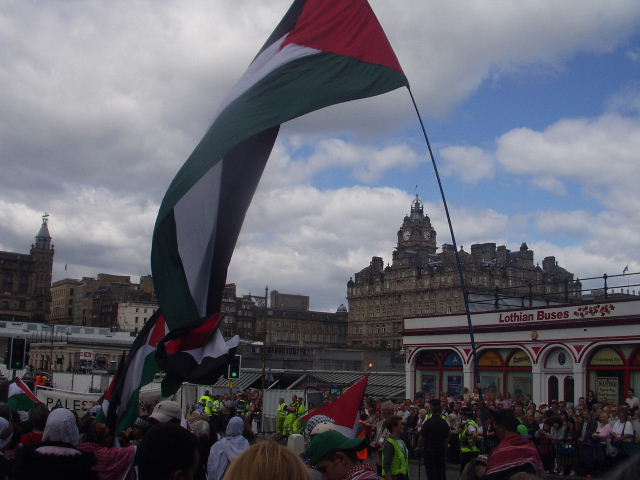 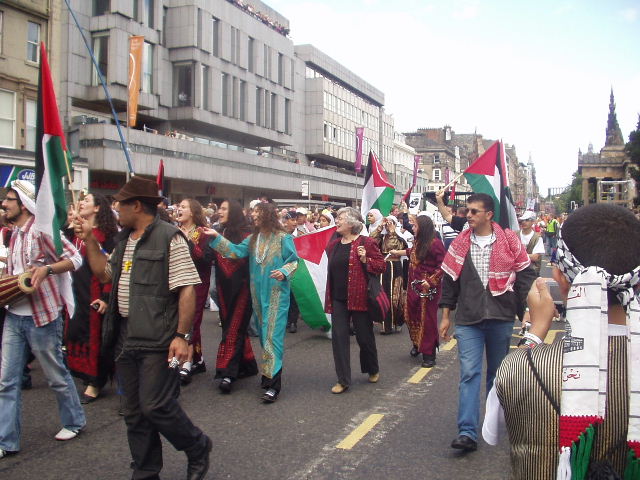 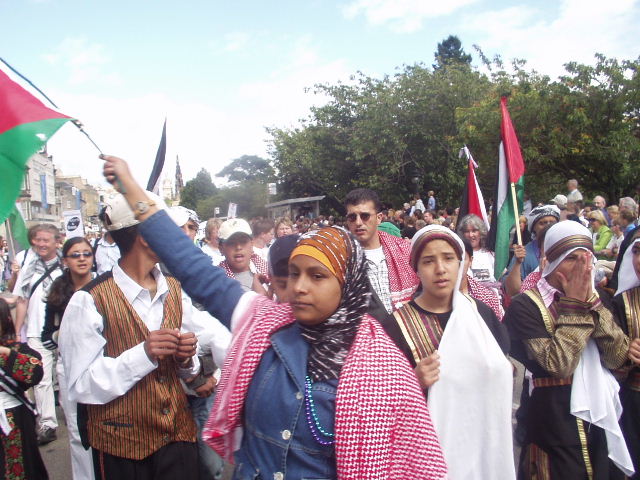 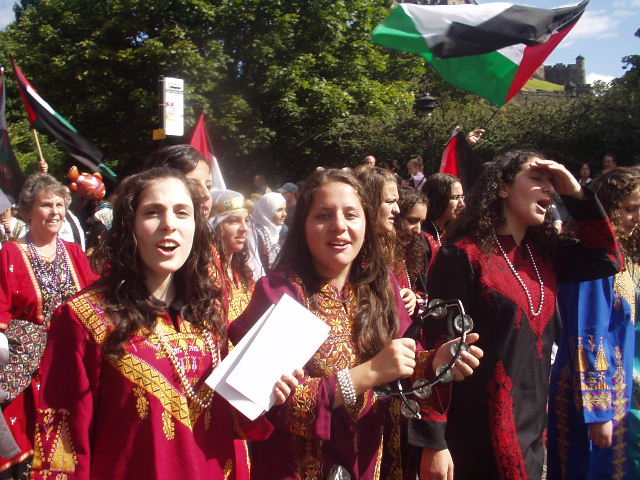 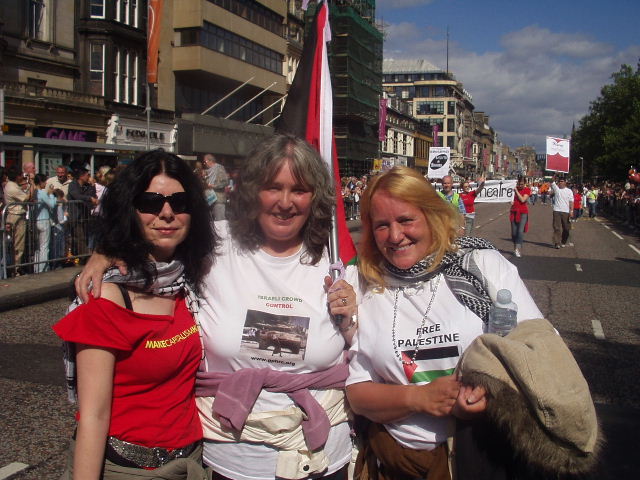 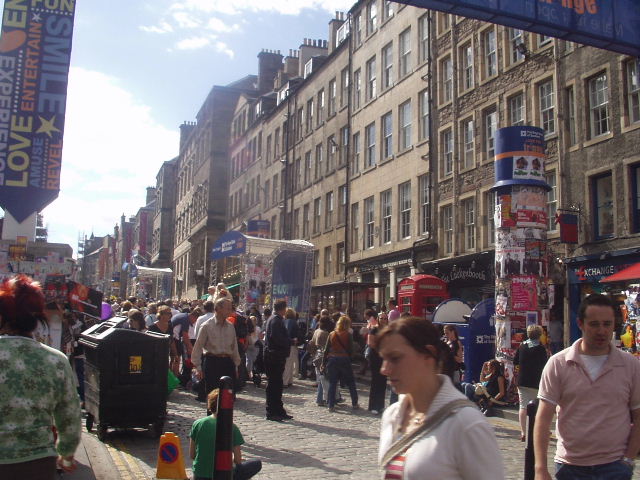 PALESTINE AT THE FESTIVAL!

The 59th Edinburgh Fringe, the world's biggest arts festival, has opened with a cavalcade through the Scottish capital. The customary parade went from Market Street near the railway station, along Waverley Bridge, Princes Street and Lothian Road to the back of Edinburgh Castle.

More than 170,000 people lined the streets as performers taking part in Fringe events and the military tattoo paraded through the capital. Apart from a small number of spectators suffering heat exhaustion, the event passed off without incident. Neil Richardson, chief superintendent of Lothian and Borders Police, said, "a safe, happy event was enjoyed by all".

"The cavalcade was very well attended and we would like to thank everyone for their cooperation and patience."
Some 16,000 performers are taking part in nearly 27,000 performances in 300 venues until the end of August. The festival now sells 1.25 million tickets each year, worth more than £9m.


The Yafa Centre Dabka Troupe from Balata Palestinian refugee camp near Nablus in the West Bank are taking part in this year’s festival. They were event number 42 in the cavalcade and in the bright sunshine they marched with supporters from both Glasgow and Edinburgh giving out flyers and singing “Free, free Palestine!” and waving Palestinian flags including one giant one.


The group are performing in Edinburgh, Glasgow and Dundee.


Vibrant drama and dabke from the alleys of Balata to the stages of Europe. Making their world debut, youth from Balata Refugee Camp will be touring Ireland and the UK from July 29th till August 23rd with a fusion of dance and drama.
Based out of the Yafa cultural centre, this innovative performance takes the audience through a roller coaster of the extremes of human emotion - from pain and sadness, resentment and outrage, to laughter and finally inspiration and hope.
Originally based on Marcel Khalife’s ‘Ahmed Al-Arabi’, the "A'edoon" production chronicles the expulsion of Palestinians from their village and their ensuing oppression as refugees. While the people are trying to continue their lives by building schools and houses, the Israeli soldiers come back, attempting to force everybody to move again, to become refugees a second time over. As the camp inhabitants scatter and panic, a young boy is lost. Attempts by his sister to find him are to no avail, as it slowly dawns upon her that he was killed by the soldiers.

All proceeds will go towards helping the people of the camp and the development of new projects including: a woman’s resource centre; film-making; development of arts/crafts etc to provide income; and education programme including scholarship for the youth of the camp, etc.
If you wish to support the people of Balata refugee camp, and encourage the young people that will travel all the way to Scotland to perform, then please buy your tickets, NOW.


Nine photos of the day are attached.