Akha wife of American Activist Persecuted By US Immigration

An Akha woman from Thailand who together with her American husband Matthew McDaniel fought to protect Akha human rights in Thailand has repeatedly seen her visa to the US delayed. The family sees this as direct retaliation for their human rights work. 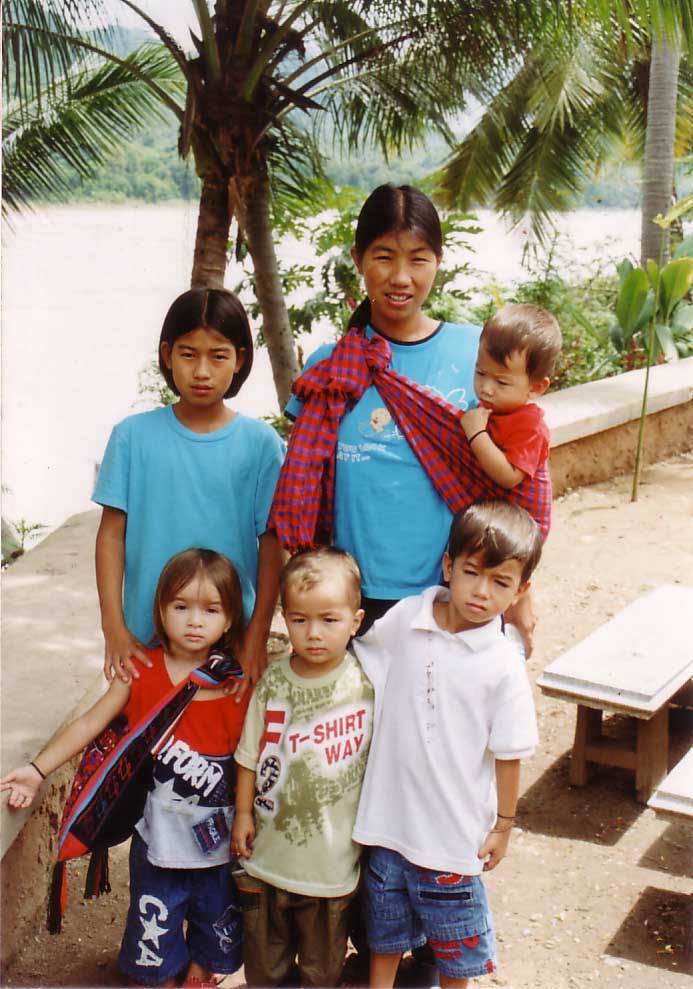 Akha wife of American Activist Persecuted By US Immigration

An Akha woman from Thailand who together with her American husband Matthew McDaniel fought to protect Akha human rights in Thailand has repeatedly seen her visa to the US delayed. The family sees this as direct retaliation for their human rights work.

In 2004, American activist for Akha Human Rights in Thailand filed a petition to the UN to report the murder and torture of Akha people in Thailand at the hands of the US funded Drug War.

Shortly there after filing the report, Matthew McDaniel was deported from Thailand by the Thai government with the knowledge and consent of the US Embassy.

Now more than a year later, his wife and four US passport holding children remain stranded in South East Asia.

The US Immigration department said that marriages in Akha society are not proof of marriage and that neither are sworn statements filed with the petition, or four children from 8 months to older than five years.

While touting family values in the US, the US government cares nothing for this family, or what happens to them. This is Uncle Sam’s dark side.

Meanwhile, US missionaries continue to take Akha children away from their traditional families, and then tell sponsors in the west that the children are orphans in order to gain funds from donors. Funds are spent on building huge compounds, buying new trucks and living a good western style life in Thailand while the Akha grow increasingly poor. The missionaries say little about human rights abuses or the theft of Akha farm lands by the Thai government. Their history dates back to the CIA and Air America in Thailand. Sex abuse in mission schools is cited as common by missionary workers.

American missionaries are not allowed in Laos which was heavily bombed by the US during the war, the heaviest bombed country in the world, with a population now barely 6 million. Thousands of unexploded ordinance remains in Laos and contiues to maim the Laotian people.

Matthew McDaniel has been an Akha human rights activist for 15 years. He continues to speak publicly, has repeatedly traveled to the UN in New York and Geneva, and continues his support and service to the Akha people.

To support his work in South East Asia to assist the Akha people, or to help his family while they continue to wait outside the United States, you may make a donation at

Questions or comments can be sent to

Much more information can be found at