The Ambient Green Picnic was held in Guildford on Sunday 31 July 2005. 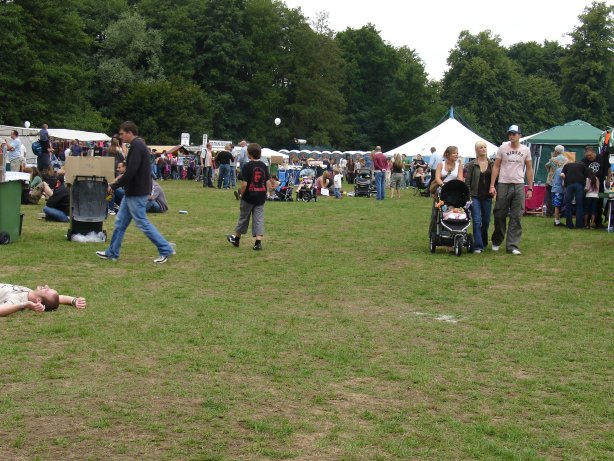 where are the crowds? 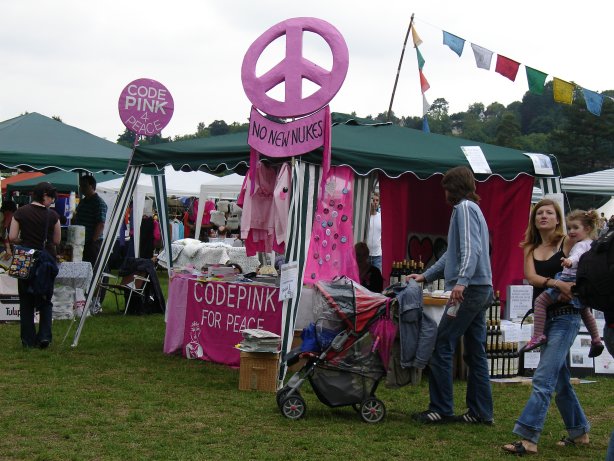 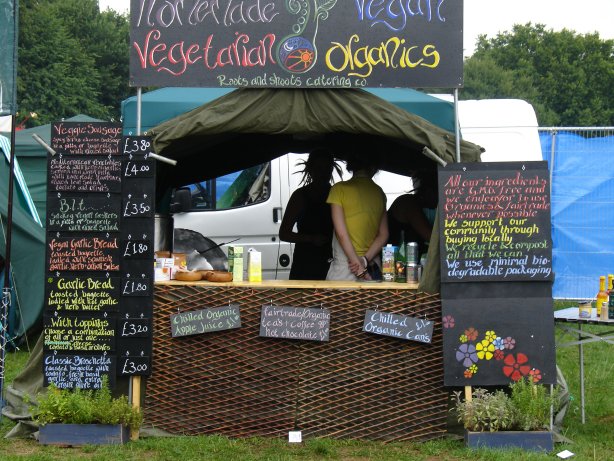 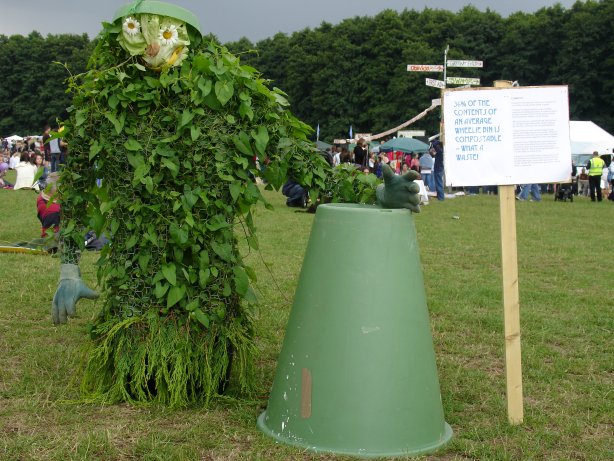 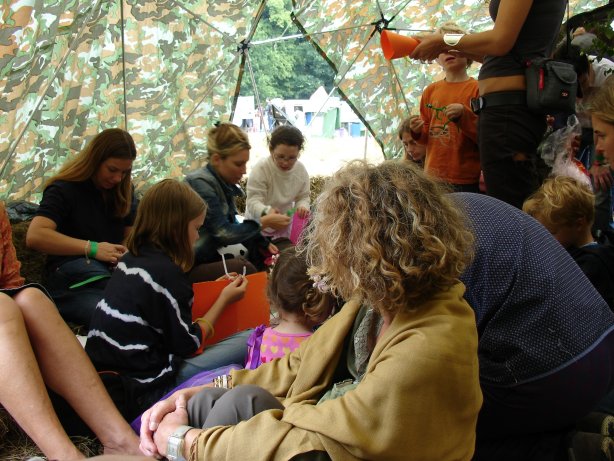 sheltering from the rain 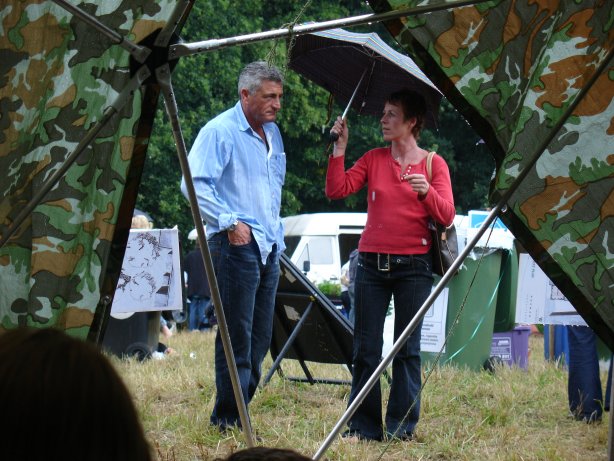 The Ambient Green Picnic is annual event held in Guildford mid-summer in Shalford Park down by the River Wey.

For what has hitherto been a free festival, there was this year an entrance fee of £5.

Queue to get in. Everyone searched as they went in. This seemed to be more to stop the importation of illicit booze to force people into the over-priced beer tent than on any grounds of 'security'.

There was an over-oppressive security presence. Is this where the £5 entrance fee went?

There were too few radical stalls, and similar food stalls.

Too many commercial food sellers selling chips, burgers and other shit.

One or two interesting stalls:

Code Pink for Peace had lots of useful literature, some excellent books, and had imported Palestinian Olive Oil which was on sale.

Green Dragon sell second-hand books to raise money for regenerating British woodland habitat and to fund sustainable organic land projects. Combining the co-operative movements commitments to social responsibility with a commitment to environmental responsibility. Badly damaged books are recycled into new paper or board, or even composted to feed nursery trees or to grow woodland Oyster mushrooms . Nothing is wasted!

The veggie food stall was one of the better food stalls, but why veggie sausages and veggie bacon?

Numbers were well down on previous years. Various factors may account for this:

The ground was a little sticky underfoot, and there was heavy rain for about an hour mid-afternoon, which put a damper on things.

Many people probably turned up expecting a free festival, and then got a shock when they were charged £5.

For those who checked-up beforehand, they would have seen that they needed an advance ticket, only obtainable from the Electric Theatre in Guildford, to be guaranteed entry. Would people have come from far afield if they could not be sure of getting in?

There has to be a serious re-think of this festival. It is supposed to be an environmental festival, and that is what it was originally, but it is rapidly degenerating into a tacky commercial event.

Where was the theatre, political discussion and debate, music workshops?

The acoustic stage is always worth a look, about the only delight was the dance stage.