On Wednesday about 20 activists entered an office in a local department administrating the social security benefits for the district in Luechow, a small town in northern germany and evicted the office of an executive who is well known for his strict and inhuman interpretation of the new german labour and social security benefit laws. 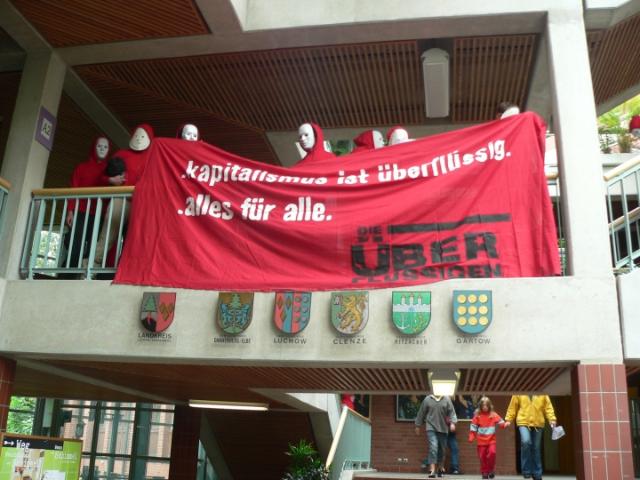 Banner "Capitalism is superflous. Everything for Everyone!" 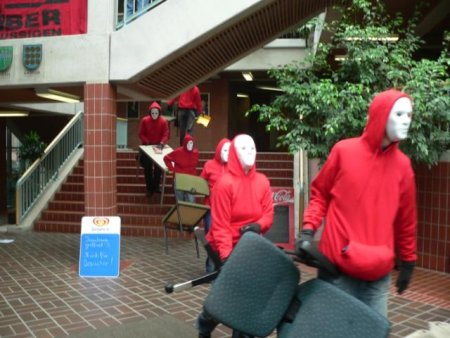 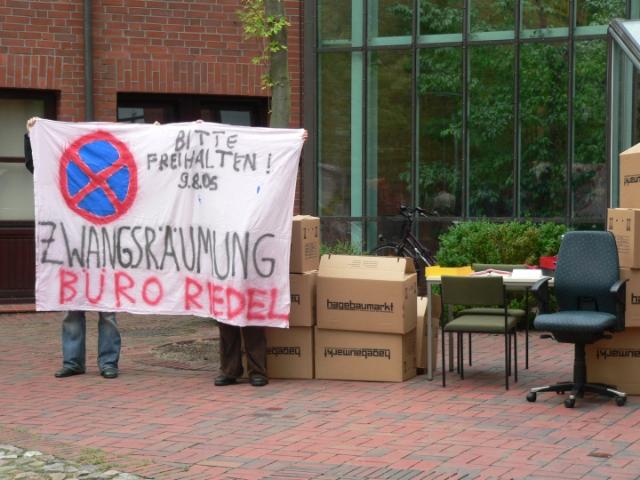 Dressed in red hoodies and wearing white masks about 20 the activists entered the entered a local council office in the small town of Luechow in northern Germany in the morning dropping a big banner saying "Capitalism is superflous. Everything for Everyone!"

The activists - calling themselfs "The Superflous" - entered the office of an local executive who is well known for his hard decisions about granting social benefits to people with very low income. Instead of granting help with energy costs for heating he recommended to use the heating less often. He is also responsible for not granting housing subsidy (saying 160 Pound a month is enought for renting a flat in his opinion). After the last change of law it is expected that serveral tenthousend people will have to leave their home after the summer. The new law publically known as "Hartz IV-Law" (after the Volkswagen-Manager Peter Hartz who directed the commision who recommended the law) also includes new form of forced work for people getting social security benefits.

Therefore the activists now evicted the executives office, carrying out tables, chairs and everythingelse to the street. Police was late and when all they found was a well pact office in front of the building.

While both the government and opposition are discussing new laws to enforce pressure on people without work or in precarious employments, about 100 activists set up a "Precarity Camp" outside the town of Luechow, staying there until the weekend.