SchNEWS - Nuke Kids On The Bloc

“US nuclear strategy is driven by a paranoid fear about the county’s vulnerability to weapons of mass destruction (WMD); pressure from the military-industrial complex for raising defence spending and creating new uses for nuclear weapons and the United States’ aspiration to remain the world’s sole superpower with an unparalleled nuclear might.” - Praful Bidwai, co-founder of the Movement in India for Nuclear Disarmament

Last weekend was the 60th anniversary of Hiroshima and Nagasaki - and what better way for the world to commemorate than by ignoring global treaties and building more weapons of mass destruction. 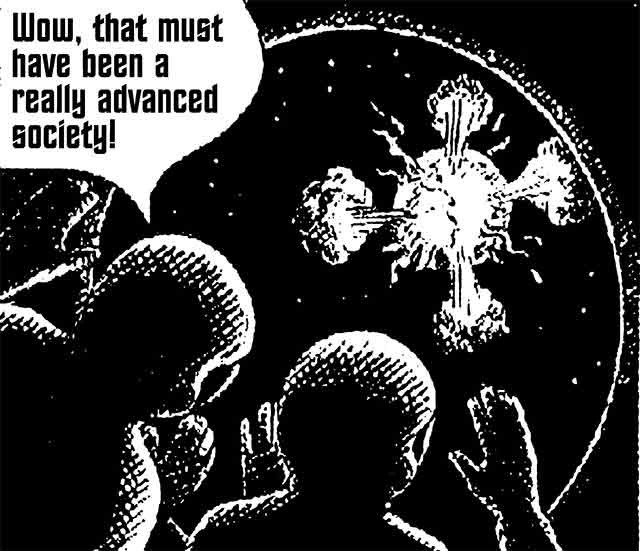 “US nuclear strategy is driven by a paranoid fear about the county’s vulnerability to weapons of mass destruction (WMD); pressure from the military-industrial complex for raising defence spending and creating new uses for nuclear weapons and the United States’ aspiration to remain the world’s sole superpower with an unparalleled nuclear might.” - Praful Bidwai, co-founder of the Movement in India for Nuclear Disarmament

Last weekend was the 60th anniversary of Hiroshima and Nagasaki - and what better way for the world to commemorate than by ignoring global treaties and building more weapons of mass destruction.

A “total war strategy” in the name of global domination with any peaceful alternatives ignored. Sound familiar? The American - Japanese war (1941-1945) witnessed the slaughter of 100,000s of people and many of these deaths were perfectly avoidable, especially those at Nagasaki and Hiroshima. Gung-ho US politicians and military types were just as concerned with Soviet expansion as they were by any threat posed by Japan. The White House knew it needed to act to curb Soviet ambitions in Europe, and war would provide an ideal opportunity to block in Russia from East and West. Trouble was, 80% of the US population was against getting involved. In November 1940 the President told his subjects that none of “America’s sons” would fight in a foreign war, “unless attacked”. One year later the Japanese attacked Pearl Harbor and the US was at war.

US military commanders had had a pretty good idea of what Japanese forces were up to, as by October 1940 American spies had cracked many of the codes used by the Japanese fleet. Japan had attacked China and was seeking access to oil in Southeast Asia, but was still willing to negotiate a way forward with the US that didn’t involve war. The White House was not interested. It refused to meet Japanese Ambassadors and instead handed them an ultimatum designed to humiliate them and force the Japanese to abide by US foreign policy requirements. The agreement was meant to “kick things over” as Secretary of State Cordell Hull admitted later. “We had no serious thought that Japan would accept.” Renowned American political commentator, essayist and novelist Gore Vidal says, “Received Opinion has it that the US was taken by surprise. Roosevelt was not - but apparently the unaware military commanders at Pearl Harbor were, and 3,000 men were killed in a single strike.”

Throughout 1945 Japanese envoys were making overtures across Europe: they would surrender if they could keep their Emperor. On July 18th 1945, the Emperor himself wrote a letter to the new President, Harry Truman, which was, in Truman’s words “looking for peace.” But again the White House wasn’t interested. They wanted to intimidate Stalin, show the world that they had a new all powerful weapon and use Hiroshima and Nagasaki as a testing ground.

Walter Brown, special assistant to Secretary of State James Byrnes at the time of the bombings wrote in his diary in August 1945, “Truman wanted to drop the bomb, but why? To frighten Stalin, a suitable enemy for the US as it was about to metamorphose into a national security state at ‘perpetual war’ ‘for perpetual peace’”. The Japanese had been surrendering since the destruction of Tokyo by US bombers in May 1945. “If we’d been told that the war could have been concluded by then,” argues Gore Vidal, “I would have gone to work for the impeachment of a President who had wasted so many lives and destroyed so many cities in his power game with the Soviet Union, which led to half a century of unnecessary Cold War.” Some argue that killing 100,000s of Japanese civilians was necessary to end a world war, but instead it started a cold war - a world gripped with the fear that if the superpower leaders would be mad enough to drop the nukes once they could be mad enough to do it again.
BACK TO THE FUTURE

Fast forward 60 years and the US and UK governments are still at it. UK Plc is spending hundreds of millions of pounds at Aldermaston on a refit of the production line for nuclear warheads. A £12bn replacement of the Trident nuclear missile system has already been agreed. Washington is also planning to modify existing bomb designs to make ‘bunker-busters’ and is pushing ahead with Star Wars (see SchNEWS 494).But why do we need nukes? The justification for both countries’ nuclear defence systems was the threat of the Soviet Union - that’s gone, so who’s going to nuke us now? Fear not! “The War on Terror” will provide all the justification necessary.

Blair and Bush must have been too busy on the moral high ground to notice that by increasing stocks of nukes we are breaking international obligations, notably the commitment to the Non-Proliferation Treaty (NPT).

The NPT works like this: the bulk of the world’s states promise not to develop nuclear weapons and accept a regime of physical inspections preventing military use of nuclear materials. In return, the five existing nuclear weapon states will initiate negotiations to eliminate them, and in the meantime, transfer no nuclear material/technology to non-nuclear weapon states. But at the NPT Review Conference in May, the US, led by John Bolton – under-secretary for arms control (someone had a good laugh over that one) - refused to even allow the other nations to draw up an agenda for discussion beforehand, which meant that 15 of the conference’s 20 working days were spent in wrangling over procedural points, principally the drafting of an agenda! (and you thought anarchists could never agree anything in meetings!) Two weeks ago, George Bush and the Indian Prime Minister Manmohan Singh signed a new nuclear treaty. India is one of three states which possess nuclear weapons and refuses to sign the NPT. The treaty says it should be denied access to civil nuclear materials. But on July 18th, Bush announced that “as a responsible state with advanced nuclear technology, India should acquire the same benefits and advantages as other such states.” Four months before the meeting, the US lifted its South Asian arms embargo by selling Pakistan a fleet of F-16 aircraft, capable of a carrying a wide range of missiles, creating a need across the border in India for an anti-missile system - which US companies were only too happy to provide. This nuclear hypocrisy has not been lost on Iran, who the US is threatening because of their alleged plans to build a bomb. Meanwhile, the US opens diplomatic relationships with North Korea, another member of the “Axis of Evil”. Why the difference in approach? As journalist George Monbiot points out “If you have oil, but aren’t developing a bomb (Iraq), you get invaded. If you have oil but are developing a bomb (Iran) you get threatened with invasion, but it probably won’t happen. If you don’t have oil, but do have the bomb, the US representative will fly to your country and open negotiations (North Korea).”Achin Vanaik, professor of political science at Delhi University argues that the US thinks it’s exceptional, “It can do no wrong. American nuclear weapons are good nukes, they will be used to good ends; others’ nukes are bad.”

60 years after America dropped some of those ‘good nukes’ on two Japanese cities the world remains vulnerable to mass destruction from more than 30,000 nuclear weapons still in place, four thousand of them on hair-trigger alert. We can only guess the threats posed by climate change and environmental collapse, but we know from Hiroshima and Nagasaki, the price paid for nuclear war.

* Find out more about why the US wanted war with Japan in Gore Vidal’s, ‘Dreaming War’ Clairview 2003

Visit www.schnews.org.uk for the rest of this week's issue.