Smash EDO were singing and bashing bin lids in the rain for the pleasure of EDO on the last day of their peace camp. Whilst some parts of the region suffered flash floods the peace protesters gathered themselves one more time to in their fight against EDO MBM. 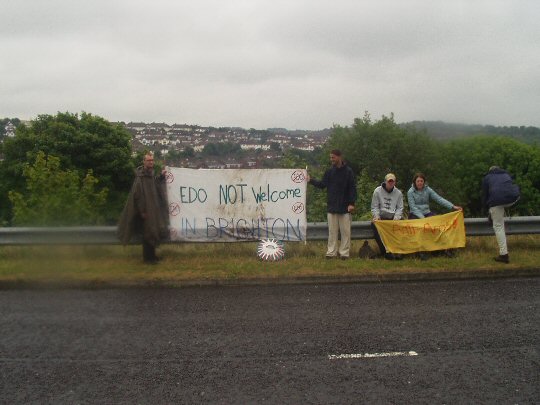 EDO Not welcome in Brighton 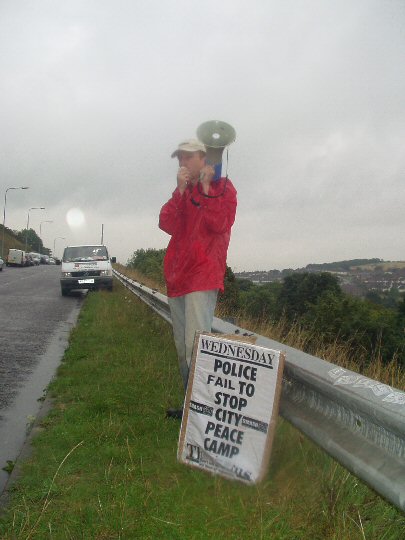 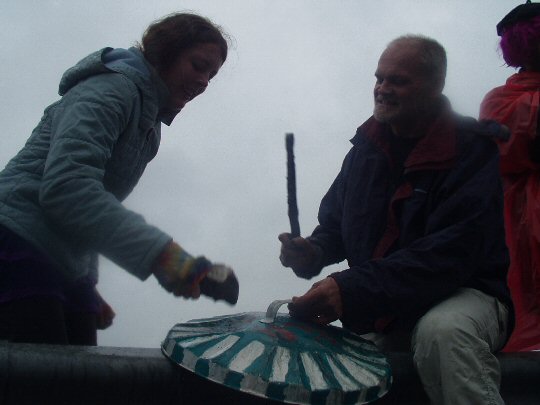 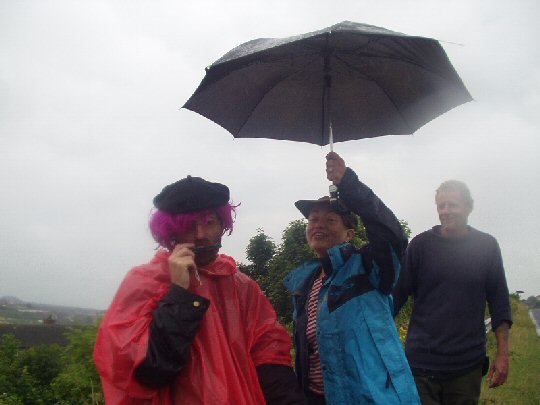 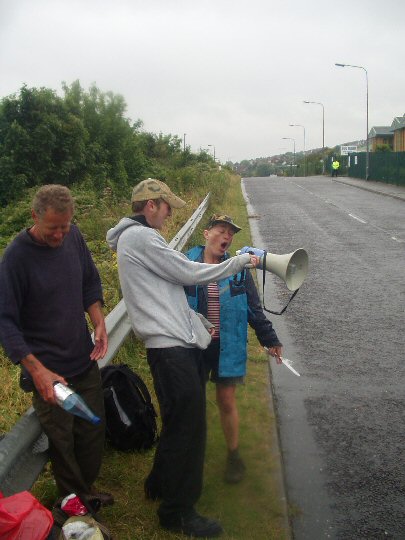 As the rain fell spirits were high. The noise from such a determined group was so much that it was difficult to hear the lorries driving past honking their horns. The event passed peacefully with no arrests and later the camp was dismantled and cleared leaving the wood as it had been found.