Desperate to reach his targets, the home secretary is abducting Iraqi asyslum seekers to detention centres for return to Iraq. This goes against UNHCR advice that "failed" asylum seekers should not be sent back to Iraq, either forceably or by inducement, because the country is unstable and dangerous. 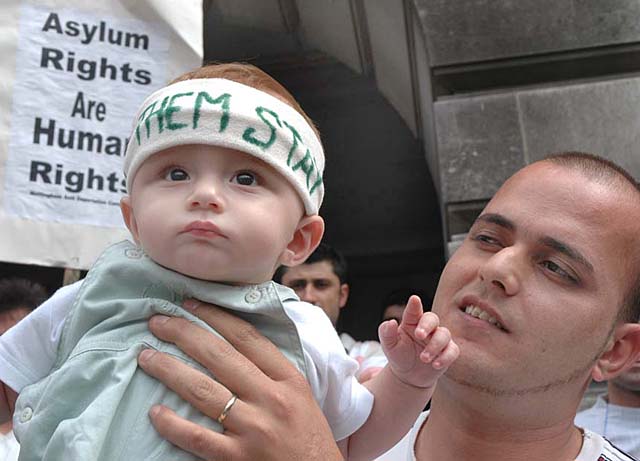 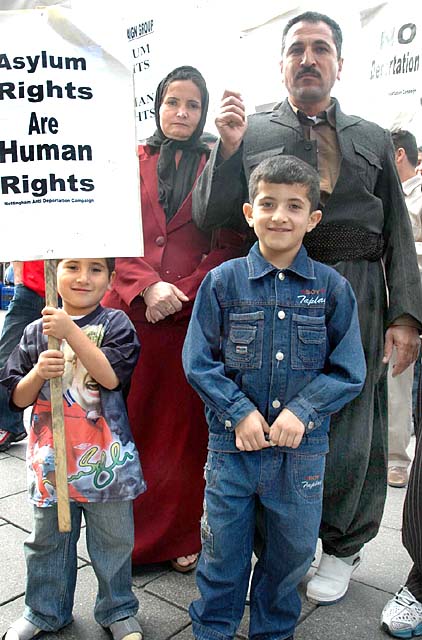 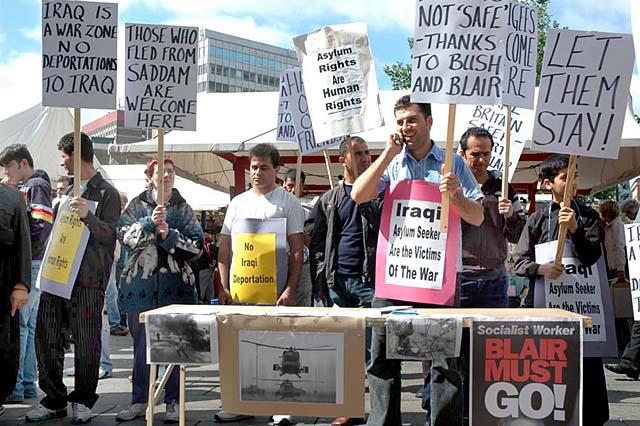 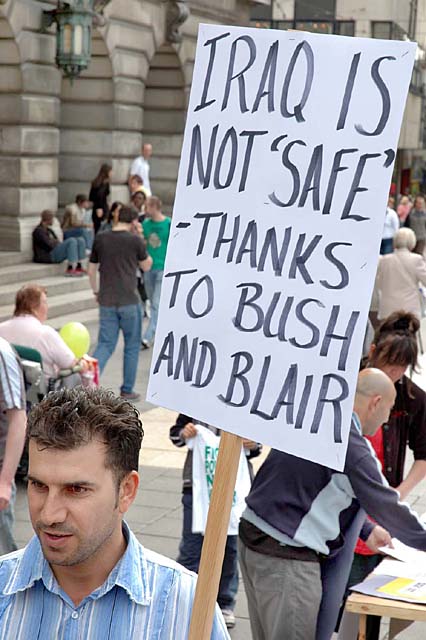 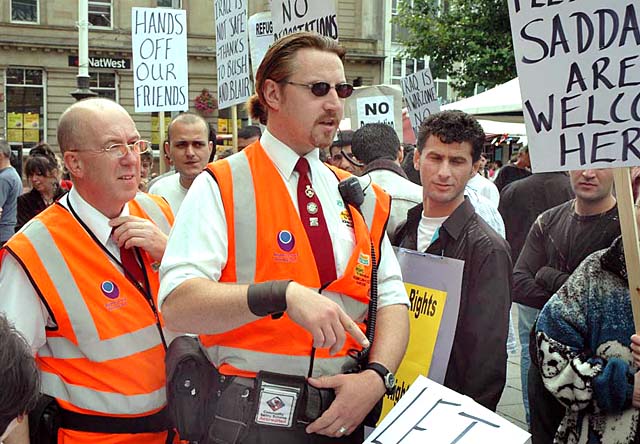 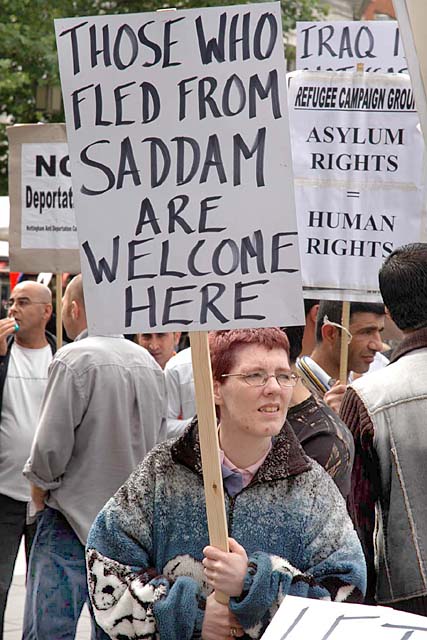 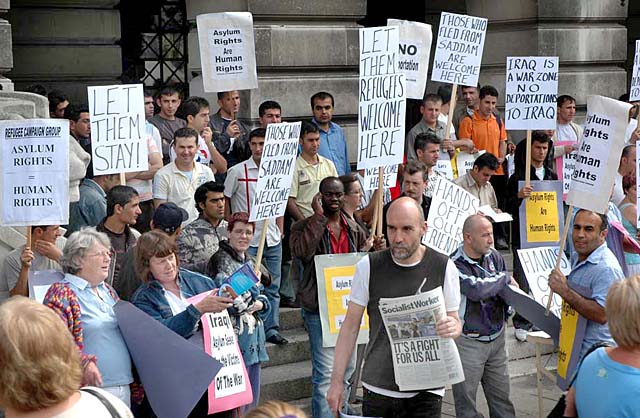 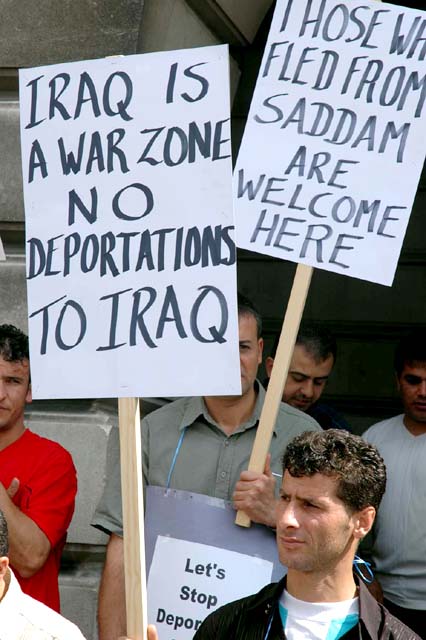 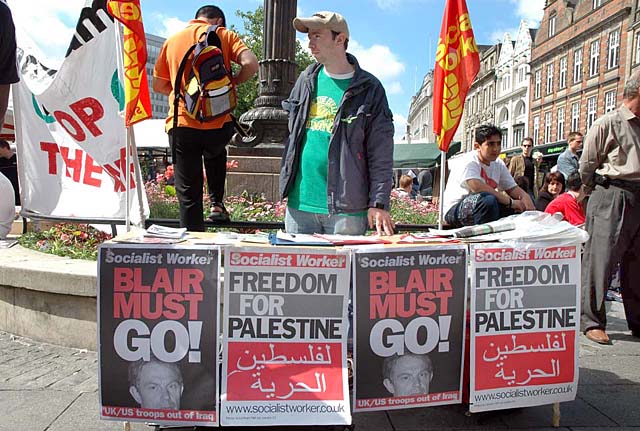 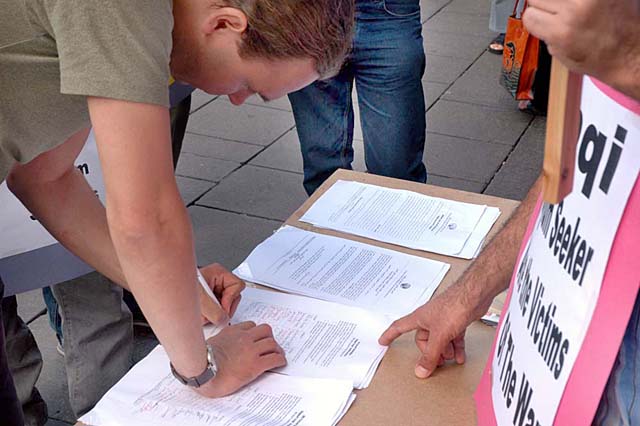 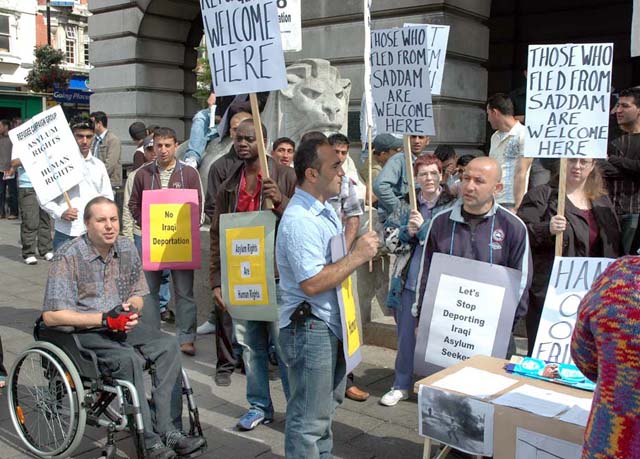 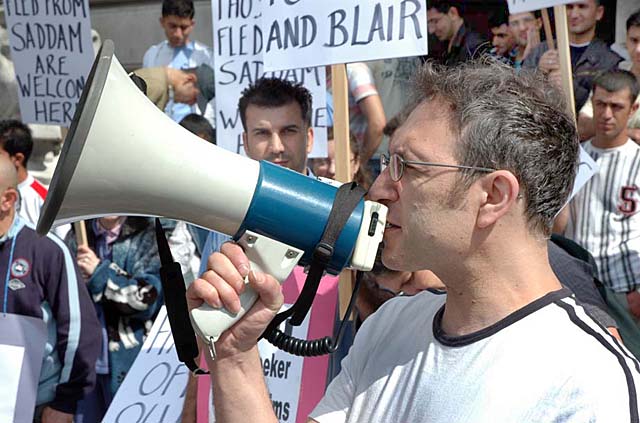 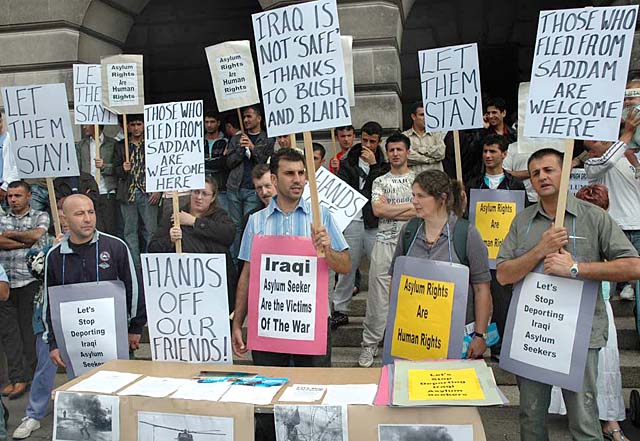 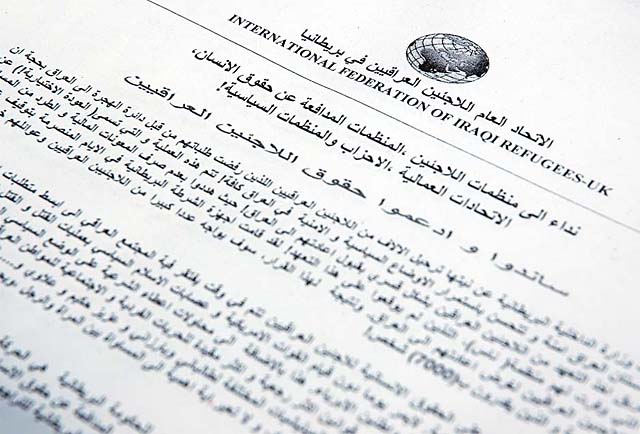 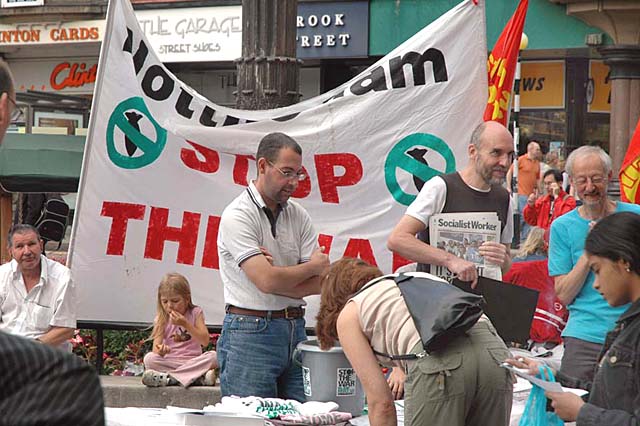 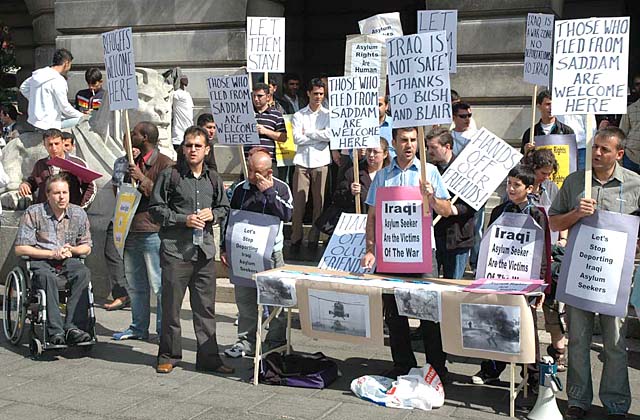 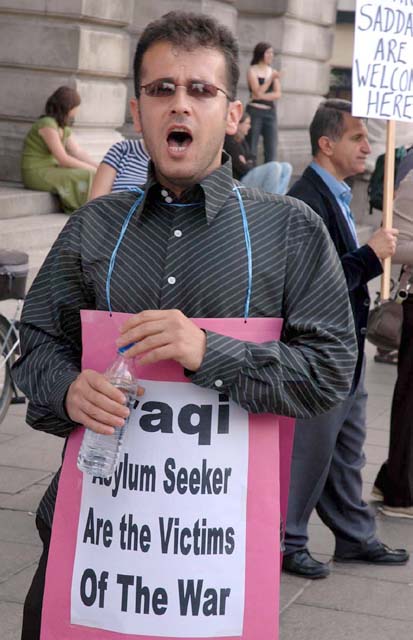 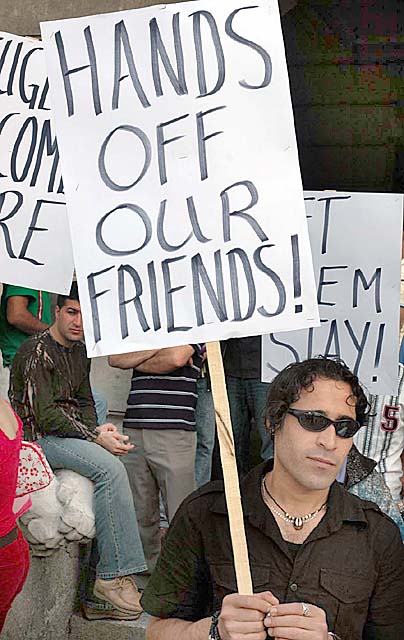 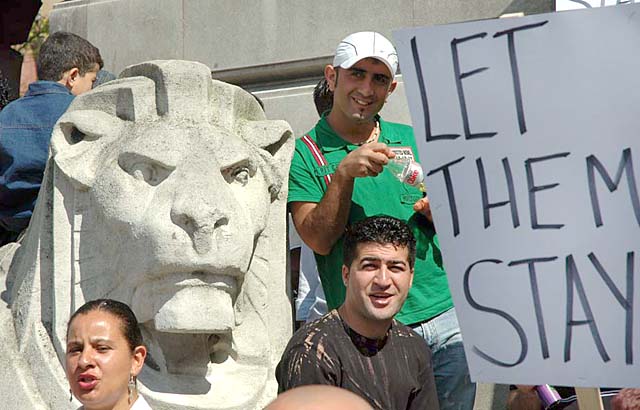 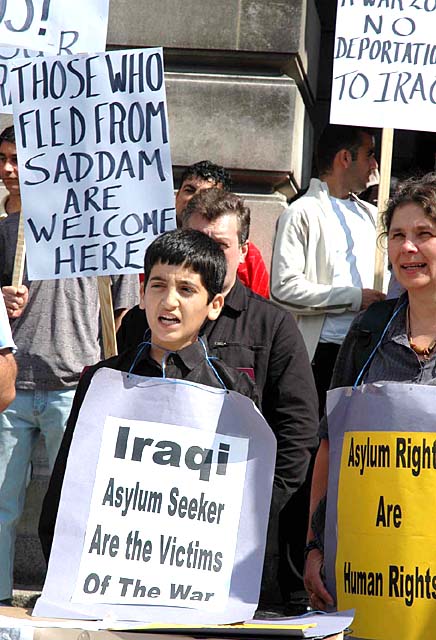 Desperate to reach his targets, the home secretary is abducting Iraqi asyslum seekers to detention centres for return to Iraq. This goes against UNHCR advice that "failed" asylum seekers should not be sent back to Iraq, either forceably or by inducement, because the country is unstable and dangerous. At the moment, we are not certain how many Iraqis have been lifted, but we know it is happening in Nottingham and all over the country.

There was a demonstration in Market Square on Saturday (12 to 3pm) in support of Kurdish and Iraqi people who fear deportation to Northern Iraq.

People from Iraq who have lost their claims for asylum in the UK, and who have been supported under s4 have unexpectedly been detained then they go to routinely sign at the Police Station. Last week saw
the first unannounced detentions of people living in Nottingham. The first chartered flight to Baghdad and then on to Erbil took place on 18th August.

From all the news reports from Iraq it is clear that there is no guarantee of safety. Reports from the UNHCR are stating that the decision to begin forced deportations is contrary to their recommendation that attempts to repatriate at this time are premature.

The choices for anyone expected to sign at the Police Station are stark: sign and risk detention with a view to deportation to a country which is still experiencing exceptionally high levels of
violence (see todays Independent and the daily Mirror), or to not sign and to attempt to live on borrowed time without any financial support, or any means to support families.

This is an unexpected and premature development at a time when Iraq has still not agreed a new Constitution.

Please support the people of Iraq with whom we share Community. There was a show of support in Market Square on Saturday. There will also be regular shows of support at Nottingham police Station for anyone signing on Wednesdays and Thursdays. Supporters are needed to be at the Police Station to try and establish whether there are any detentions and to monitor who is detained - hopefully with a view to supporting them after detention. Volunteers are needed each Wednesday and Thursday from 9.30 a.m., or alternatively between 12 and 2 to show solidarity.

A stand against racism and fortress Europe and for the rights of migrants and asylum seekers. For citizenship based on residency and the closing of all detention centres.