Vigil and Demo for Jean Charles. Pics and report.

Yesterday (22nd Aug) hundreds of people gathered at Downing Street to remember Jean Charles de Menezes and demand Justice for him. Members of his family initially showed up but left quickly after being mobbed by the press. The vigil became a spontaneous march which went to Scotland yard for more speeches condemning the murder. 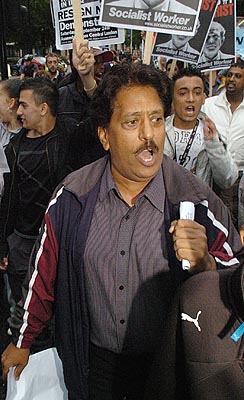 Whats the point of being at Downing st. when Tony is on holiday? 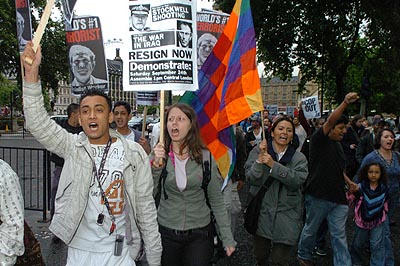 And you can go to Scotland Yard instead. 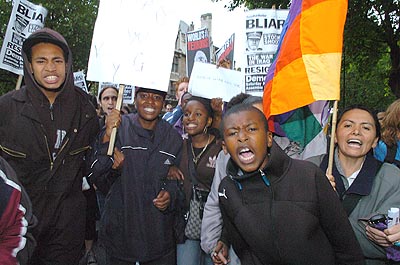 To tell them what you think of their shoot to kill policy. 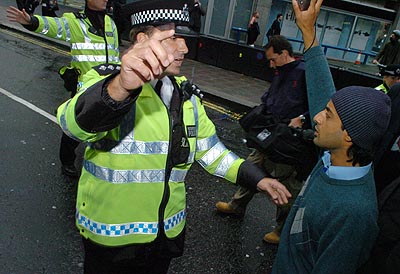 'I'm sorry you cant down that public highway because erm...' 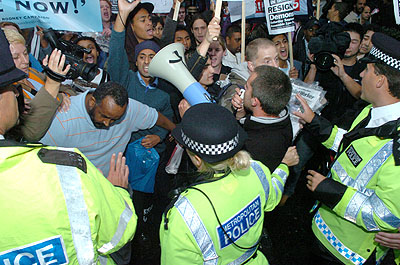 One thing that was interesting was that stationed outside the building were at least two representatives from the Police artillery (SO19) who mysteriously disappeared shortly after the demo arrived. They were replaced by ordinary uniforms. Was it their evening tea break? Surely not, they have been stood there in all weather since 9/11. Could it perhaps be that their superiors were slightly nervous about what they might do in a public order situation? After all they had recently subdued an unarmed suspect by firing no less than 11 rounds into him (3 missed).