In the run up to the German elections for parliament and governemnt, several satirical and fun parties promise to make elections interesting entertainment again.
The Anarchist Pogo Party of Germany has now their TV spot censored, because of too much "sex, drugs, alcohol and violence".
But the founder of the Anarchist Pogo Party claims, that this scene would just mirror the catastrophical conditions in our society leading to an apocalyptic vision of the future". 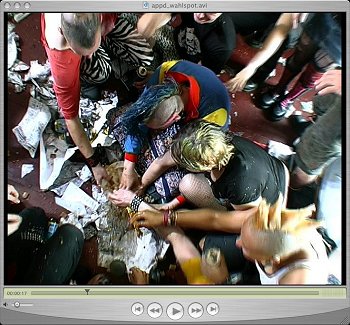 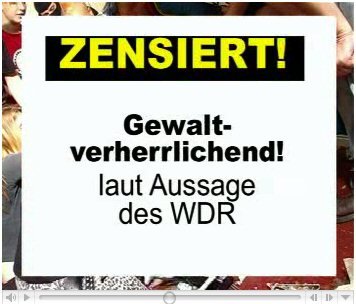 The Anarchist Pogo Party has now released their own censored version to be braodcasted on TV as an election spot(t).

The uncensored version and the whole history can be downloaded via their website:

In the meantime the satirical magazine "Titanic" has founded their own political party called "PARTEI" (party).
It is selling its airtime for its election spot on ebay, promising agressive product placement or incorporation of any love messages.

rough translation and summary of the original news: