No Detentions, No Deportations

The 28th August saw the Government's plans come into being that allows for the forced deportation of Iraqi Kurds to Iraq, based on the claim that it is now safe for return.

Following a meeting of local Kurdish and Yemeni communities, protests against this policy of forced deportations were organised in Sheffield by the Campaign Against Detention and Deportation of Iraqis.

It was agreed at the meeting to hold demonstrations every Saturday at 2pm in the Peace Gardens. Over 100 people turned out for the first demonstration on August 27th.

The Sheffield No Borders group is hosting a film night and benefit gig on Friday 9th September. A film about the European joint efforts to create a system of detention centres and the resistance against it will be shown, along with clips from no border actions in Scotland at the G8 summit this summer. Funds raised will go to support the Magical Mystery Tour action which seeks to highlight to people in Sheffield the government agencies and private companies involved with (and profiteering from) asylum seekers and migrants, and their subsequent detention and deportation. 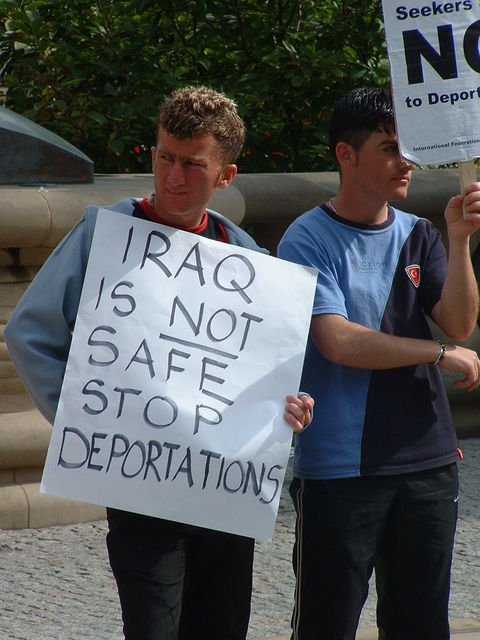