The terrible tragedy of the poor in New Orleans is very moving. Here are some thoughts and observations with links to related articles. 4 photos are attached. 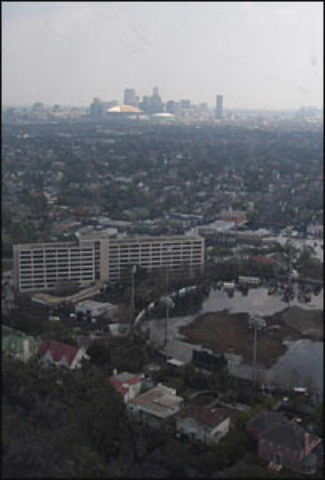 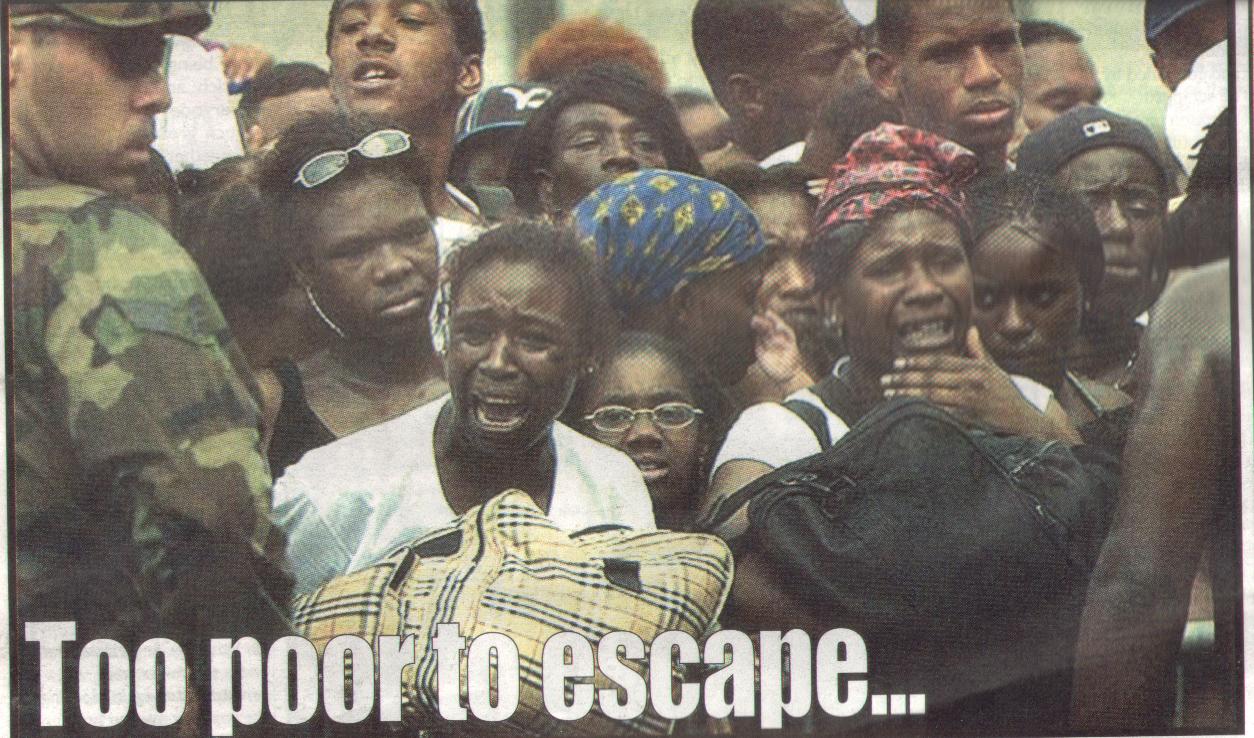 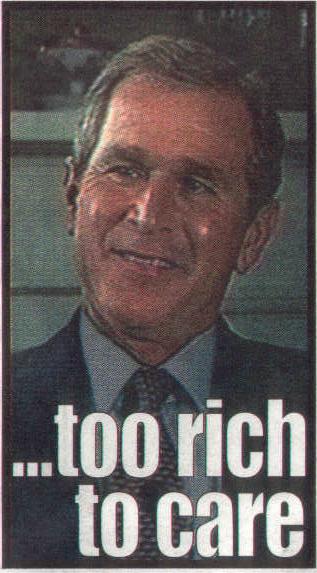 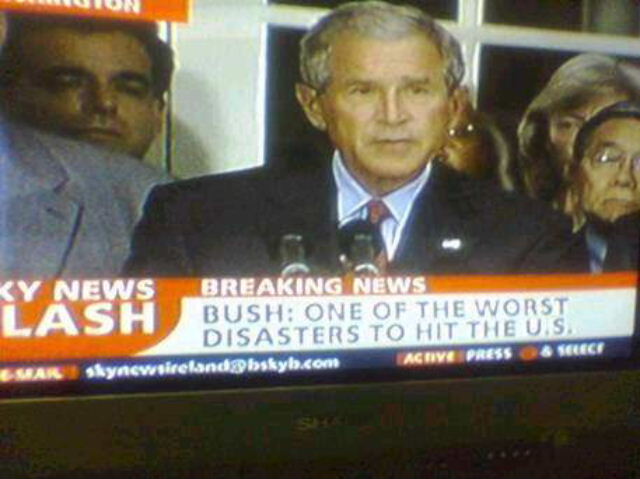 
The damage done to the city of New Orleans by Hurricane Katrina occurred at about the same time as the dreadful stampede in Iraq when around 1,000 Shia were trampled to death in Baghdad. It seemed at first that the death toll in Iraq would greatly exceed that in Louisiana and I begrudged the fact that TV news in Britain was devoting twice as much coverage to the American disaster as to the Iraqi one.

This may sound like insensitivity I know, but consider how big news stories are so often knocked down the running order by trivia. Think about the terrible attack on Fallujah last November; this was trivialised as a cartoon game by Britain’s ITN news with the BBC doing little better. The BBC Radio 4 news of the Saturday evening of the start of the assault on the city of mosques had as its lead item a detailed story on the infidelities of Conservative MP Boris Johnson. So often grubby Western interventions in the third world are pushed off the front page by celebrity tittle-tattle and stories of bush fires in Australia where no one is killed.

However as the days progressed it transpired that the people of New Orleans had experienced a really harrowing event. Early estimates suggested that more than 10,000 people might have died. As in the aftermath of September 11th there was an outpouring of sympathy and offers of assistance from many countries including the United States’ poor neighbours Cuba and Venezuela.

The gross incompetence and apparent disregard of the Bush administration shocked many both in the USA and abroad. The war loving Bush regime seemed at a loss how to respond and gave the impression of being more concerned about petty looting of property than with the saving of lives.

The scenes of supplies being dropped by helicopter to the inhabitants of the city were reminiscent of food being thrown to animals in a zoo. City mayor Ray Nagin said that if New Orleans had been a white area like Orange County in California or Manhattan then the response of the federal government would have been much faster.

The BBC1 evening news of Sunday 11th September had a detailed account of the hundred or so oil platforms, which were pit out of action with an interview with an oil executive who lamented the loss of one third of production.

The Guardian newspaper of September 10th had a small front-page item on the sacking of Michael Brown, the head of the Bush administration’s disaster relief effort. President Bush’s falling ratings were mentioned and on page 17 there was the disturbing report of residents being ordered to leave the city or face jail. There were reports of many fundamentalist Christian radio stations suggesting that God’s hand was involved in punishing New Orleans and the Gulf Coast for their wicked floating casinos which have been legal since 1992.

Left wing newspapers such as the Socialist Worker and the `Voice` (paper of the Scottish Socialist Party) were as might be expected extremely critical of Bush.
`Black and Poor left to die`, `The Price of Bush’s war` and `Unnatural Disaster` were how these papers led. Jonathan Neale wrote of `New Orleans a black city left to die` and how it was a turning point in history.


Here is how the tragedy was reported online:

Here is an interview with New Orleans mayor Ray Nagin:

Here is a history on the disaster as it unfolded from the end of August on Truthout:


Here is disturbing report on Indymedia about the use of mercenaries in the US:


My final thoughts echo those of my colleagues at Stop the War who argue the vast amounts of money and resources used to destroy the people of Iraq would have been much better used to save the lives of people in Louisiana and around the world. Bush and his gang of crazies are now surely totally discredited in the eyes of the American people as well as the rest of the world.