Exhibition of Pottery of Interned Prisoners

Exhibition in London of pottery by men currently interned in Full Sutton and Long Lartin Prisons awaiting deportation and certain death and torture. 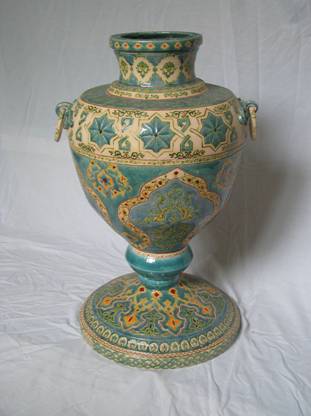 Vase made by detainee B

Pottery of the Interned

This is an exhibition of pottery made by the men detained indefinitely without trial 2000-2005 under the Anti-Terrorism Crime and Security Act 2001 who were released under Control Orders March 2005.

They have now been detained once again, this time to deport them to countries where they will be tortured and killed.