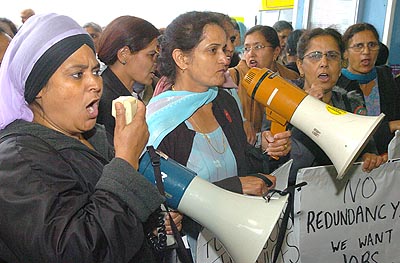 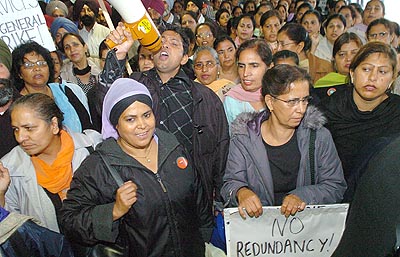 ...hold an angry lobby of the TUC congress... 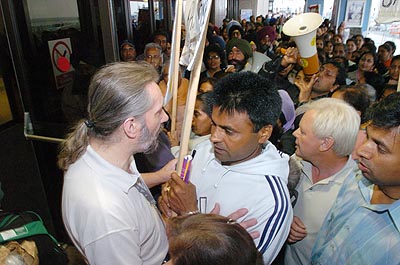 ...and really piss the stewards off. 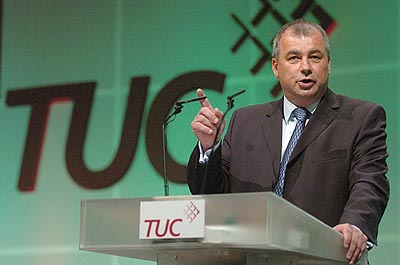 Brendan Barber. Plenty of talk, but what action?

The Gate Gourmet workers were eventually let into the conference as observers. They were given the mandatory standing ovation by the conference floor and the key speakers fell over themselves to condemn what had happened. Sadly that was it. Aside from Bob Crow who said that it was ok to defy crap laws all the other delegates kept within them. Have they learned nothing from the posties?? ONLY WILDCAT ILLEGAL ACTION GETS RESULTS THESE DAYS.

Like it or not that is the reality. Its all very well for TUC general secretary Brendan Barber to demand that Tony Blair should repeal the Tory's anti Trade Union laws. But that is like invitiing Margaret Thatcher to join the IRA ,it's never going to happen. I was only there for the Monday but saw little to suggest that the TUC can help the Gate Gourmet workers get their jobs back. Only direct action and effective strike action will achieve that.