No Borders demo at communications house

Refigees have to 'sign on' at immigration facility Communications House which is located at the top end of city road by the Old Street roundabout. Unlike signing on the dole refugees are regularly detained at Communications House, put in holding cells then deported. Imagine having to report to a building every week not knowing if your about to be returned to the country where you have been tortured? Very humane...

Today's demo was called to draw attention to what is happening inside the building. More to follow. 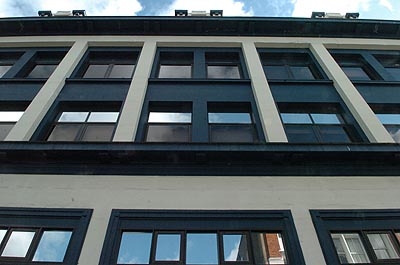 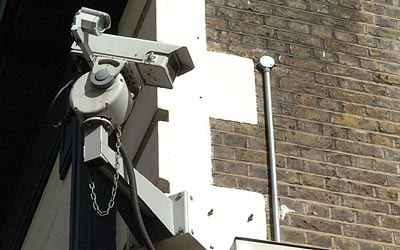 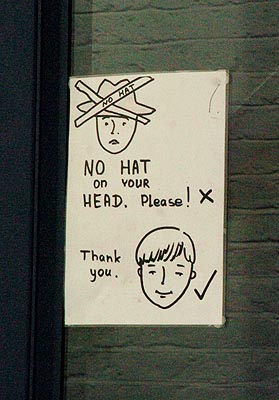 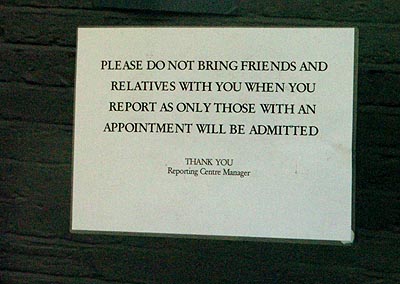 It is easier to deport someone if noone knows they are detained. 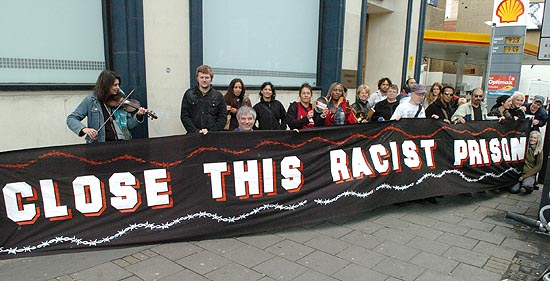 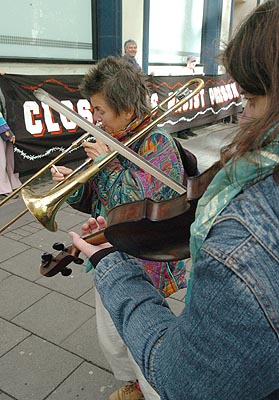 A refreshing change from Samba. 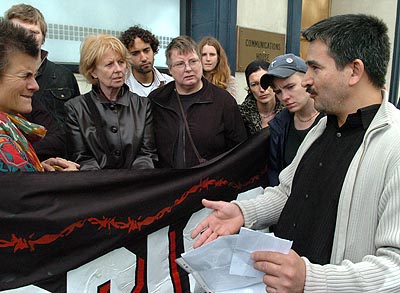 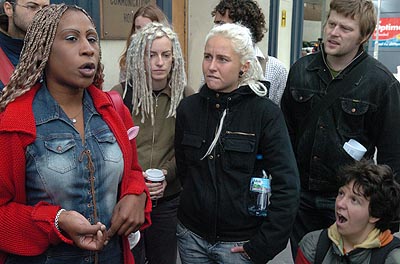 While the demonstrators were there they were approached by a Turkish political refugee. Turkey has the worst human rights record in the whole of Europe. The man said that he had been reporting to facility for 11 years despite the fact that his wife, children and other family members had been granted indefinate leave to stay. No reason was given as to why he was still in limbo.

The demo was also addressed by a Zimbabwean woman who had suffered terrible treatment by the British authorities. These were just two example of how people are treated as dehumanised cattle by our unfair immigration system.

There were no Police present as the demo coincided with the FIT team's annual outing to the seaside.

London No Borders and No One is Illegal

EXPOSED - SECRET PRISON IN THE HEART OF LONDON !

This morning London No Borders and No One is Illegal covered the wall of Communications House unveiled a banner across the wall of Communications House declaring it to be a racist prison. It is time people knew what goes on behind the facade of this building
COMMUNICATIONS HOUSE is a "reporting and enforcement centre" of the Immigration and Nationality Department (IND).
Asylum seekers who report here can be detained and removed–and may not ever see their friends and family here again. 85 people, including families, were seized this way in six months to April 2004.

• Communications House contains a "Short Term Holding Centre" managed by private prison company GSL (previously part of Group4)–subject of 2 major media exposes of racist abuse by employees. Those seized at Communications House are held incommunicado until a Wackenhut van removes them to their unknown fate. Friends, lawyers and family may not discover what has happened to them for days.
• Communications House is part of a spreading Gulag of prisons (“holding”, “detention” or “removal centres”) that hold thousands of people who have committed no crime–almost all run for private profit.
• It's right in the heart of London yet few know it is there, or what happens there. Many people will be appalled to learn about it.

Today is a day of action across the country for the rights of refugees and migrants who face deportation, detention, who are denied welfare rights and under new rules – Section 9 of the Asylum and Immigration Act – could face the choice of eviction and having their children taken into care or returning to a country where danger, death and poverty await them. There is a national demonstration in Bolton and actions in Dover, Manchester and Sheffield.

My mother has been here for 7 years and all of her four children. Everyone holds British Passport except her who has been detained today at Communication House.

She was let to bolieve that her medications needed to be verified and then detained!!

Ms Bahtije Ibrahimi, is an eldery widower who is depressed and is on medication for high blood presure and antidepressant pills. She has no one to look after in Kosovo and is iliterete yet with no hope to her future.

She can not cope alone in there and she threted to kill herself if she is made to move. She has a big family in UK and is always looked after by myself and my brother, as well as our wifes. Kids are devestated an we are all worried of this inhuman and ill-fated human behaviour.

She must be given a life at this age and made to suffer or die. Where are human values; human rights and justice? It is not justice to imprison a mother and let monster out in free.

STOP this injustice and bring light to democracy and freedom.