hoWard controls the media giants, the sin-ate, the States and Territories and now he wants you! Any time he pushes a button on his dictatorial consol, you will jump and he'll use you as cannon fodder. hoWARd will be handed insurmountable scapegoats on a silver platter to wipe his dirty lies and war crimes clean. 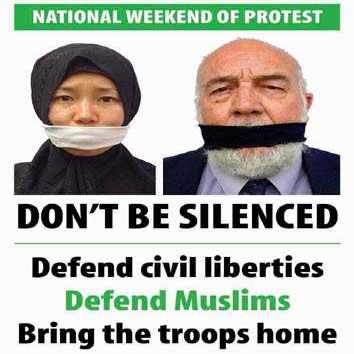 hoWard controls the media giants, the sin-ate, the States and Territories

AUSTRALIA: Prime meanster john hoWARd's original pact with the states seems to have fallen into disarray because his new anti-liberty laws breach human rights obligations and the commonwealth constitution.

According to hoWARd, after a round of phone calls with the state premiers and territory leaders, they had 'once again' agreed with him that his draconian laws would be passed on the basis of them original signing a pact together, without any community input whatsoever.

Does that mean that the community does not exist? Including the legal profession and human rights organisations? And how is that a democratic decision making process?

The community are screaming out for time to look at the new anti-liberty laws and to be involved and invited into the decision making process.

I mean considering that these new 'anti-liberty' laws carry 7 years jail for sedition, 12 month renewable 'preventive' detention 'without charge' and xxxx conditions, including, shackling people with tracking devices and being denied access to numerous forms of 'communication'. Police random stop search and seizure, and 14 days detention without charge, amongst other 'things' - then this decision must be made by the people for the people not just those who assume absolute power, surely?

The prime meanster said he would soften so-called shoot-to-kill provisions but 'told' the state leaders he would not budge on the substance of his legislation.

But the bluff has failed 'meanster' because some people in the community are not stupid!

Now we have a dictator who purports to control the States and Territories as well as the sin-ate?

What happened to any form of real opposition? Have they been bought out! That is how filthy our democracy is at the moment everything including communication can be bought and sold by the hoWARd dictatorship.

hoWard controls the media giants, the sin-ate, the States and Territories and now he wants you! Any time he pushes a button on his dictatorial consol, you will jump and he'll use you as cannon fodder. hoWARd will be handed insurmountable scapegoats on a silver platter to wipe his dirty lies and war crimes clean.

But let's not kid ourselves that was the game all along the people of Australia are not stupid hoWARd is a lying war criminal and his shoot to kill diversion has failed miserably.

"They are all at one voice in saying that they will stick to the agreement that was made (in late September)," hoWAd the coward said.

Yeah, the agreement about buying our States over our dead bodies for your war crimes against humanity. Please explain why the community has no say or time to discuss the details?

howard broke from a meeting of the South Pacific Forum in Madang, Papua New Guinea, to telephone the premiers after suggestions two measures - preventive detention and control orders - might be unconstitutional.

It is my understanding that Peter Beattie said last night that he was contacted by hoWARd two days ago?

"There was nothing in the advice that I received that gave me serious cause to think that there was any problem with constitutionality," hoWARd said.

But there is nothing constitutional about the proposed draconian legislation and he knows it. Otherwise he would not have purchased the states and even the states know that the laws are draconian and unconstitutional.

You can't tell me Morris Iemma doesn't know that NSW is being sued in relation to the Community Protection Act 1994, that was struck down by the High Court in 1996.

Justice Michael Kirby warned that it was "a radical departure from our long established rule of law principals".

ACT Chief Minister Jon Stanhope wasn't convinced either as well as many academics and legal professionals and yesterday Mr Stanhope said he would not support the package and he has plenty of support.

Two critical events for the outraged

Shoot to kill on the belief of reasonable grounds is a problem!

Provisions in relation to use of force in s105.23 raise serious concerns. In particular subsection 105.23(2) specifically contemplates the use of lethal force against a detainee where an AFP member believes on reasonable grounds that this is necessary to protect life or to prevent serious injury to another person.

But wait you say - the government says that it is offering an "acting in good faith" defence against sedition charges. Read on:

How's this for sedition?

I have read the proposed anti-terrorist bill and see that reference is made to sayings and acts done in good faith. I make as clear as possible, in terms as unambiguous as possible, that in urging disaffection - and hatred and contempt - I am motivated by no sense of good faith whatsoever.

Every West Australian needs to take note of the proposed terror legislation that will be debated in the Senate next Tuesday. Our own Premier has sold us out, and the time has come for some serious and organised protest in WA to protect our democracy and civil liberties. Write to the Senate, to the papers, and to every political party. This is a fundamental issue that affects the future of our society.

WE WON'T STAND FOR IT! Defend our Civil Liberties
Protest against the proposed anti-terror laws

The big terror news today is all about the federal dictatorship telling us that the intention of the Shoot-To-Kill policy was not to shoot you in the back if you ran from the police terror squad. And the States declaring they did not sign up for it. But that is not what this diversion tactic is about. It's about convincing you to eat the rest of the draconian laws because you were saved from the worst?

AMCRAN is working with many civil rights groups and also members of both political parties to prevent this legislation from going through. We are preparing to send out further action alerts closer to the date, so please keep an eye out.

"Our intelligence suggests that certain individuals disaffected with Premier Bracks and other State and Territory leaders will gather at Parliament House at 1pm on Saturday 22 October," said an agency spokesperson.

But wait you say - the government says that it is offering an "acting in good faith" defence against sedition charges. Read on: