Despite their threats of critical mass being illegal, the cops were totally ridden over tonight. Amazing turnout of massers, must have been over a thousand? Well done to all the people who must have been networking very hard. The paltry 20 or so cops present were all on push bikes and could only "facilitate" in the most minor way. The haloween themed ride seemed to go pretty much where it wanted with no intervention - Trafalgar Square, Buck House, Victoria, several laps around Parliament Square with much banging and crashing from the now mobile samba band. I left everyone ranting outside Downing Street when my battery expired. 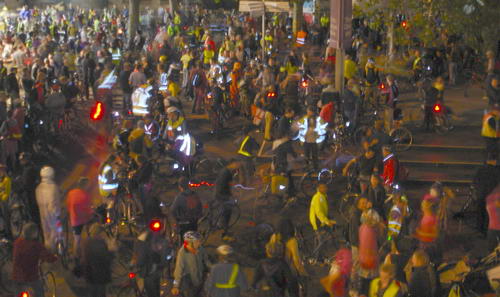 View of just some of those at start 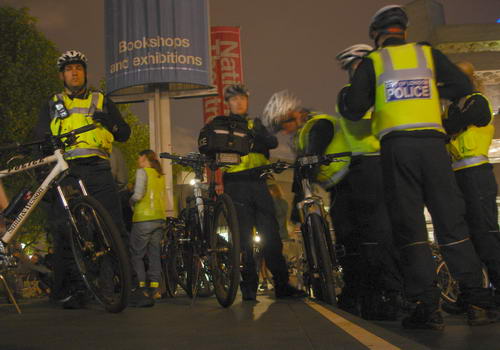 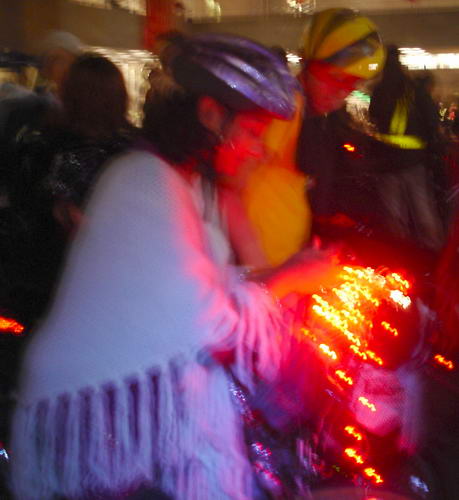 Bikes give you a warm glow 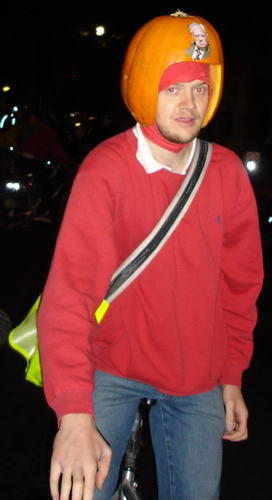 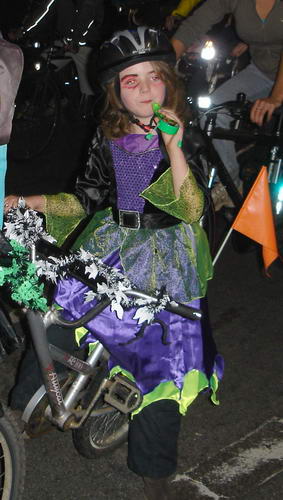 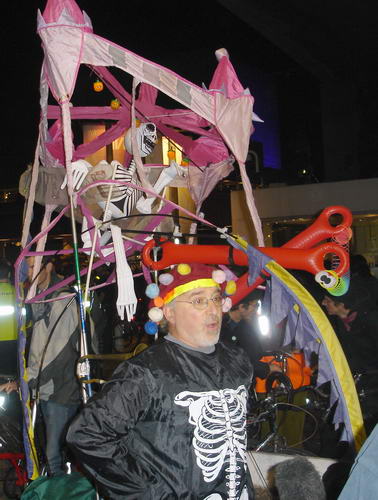 Des with his seasonal bike 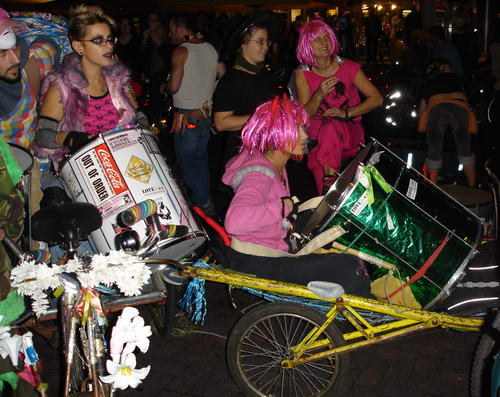 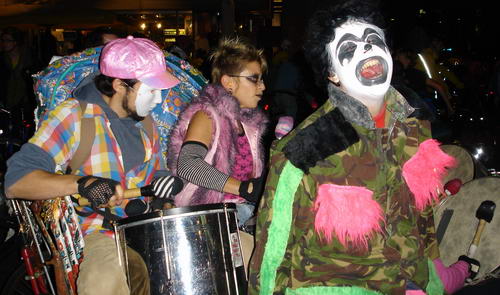 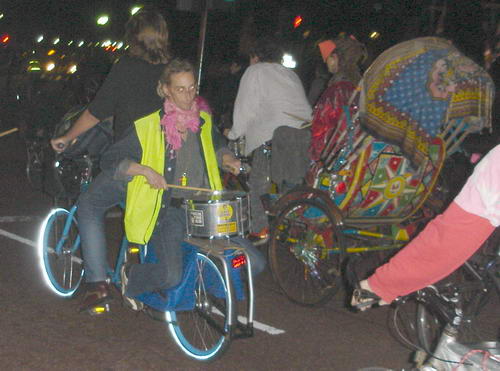 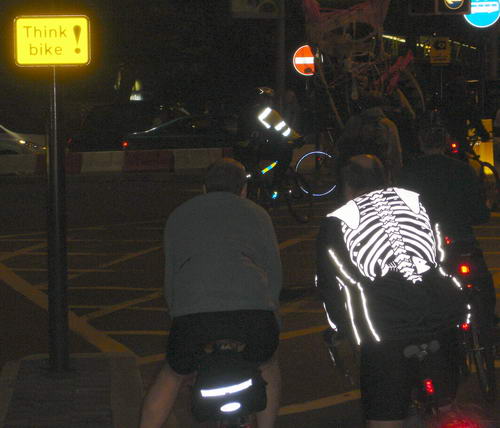 Yes we all do 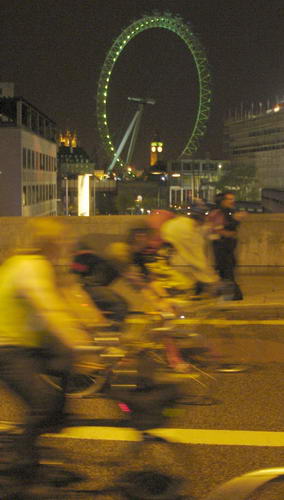 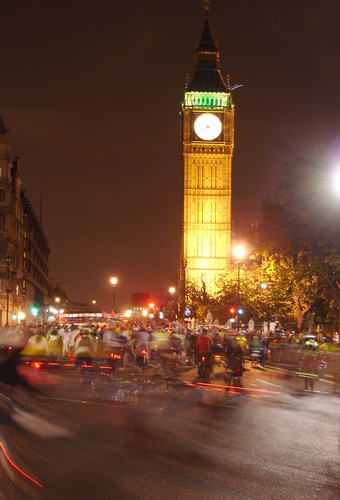 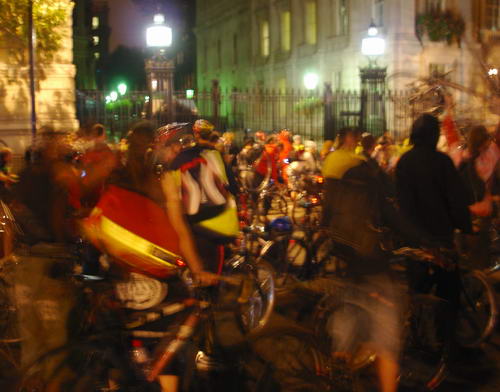