The Saorsa Open Day was a full success. The G42 Collective provided t-shirt printing facilities, film screenings, internet access, a rebel cafe and a friendly welcoming atmosphere on the first floor of 674 Pollockshaws Road in the south of Glasgow. 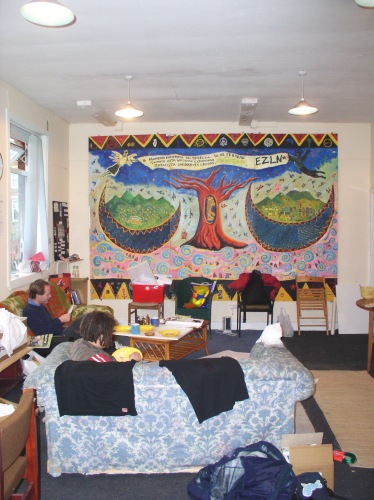 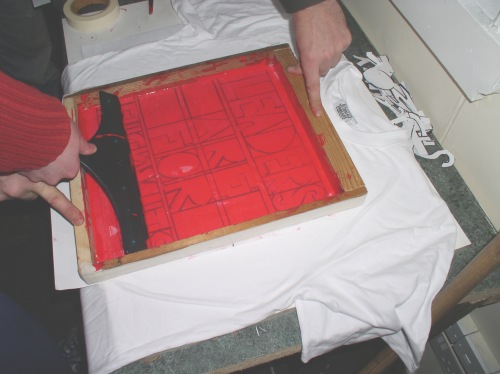 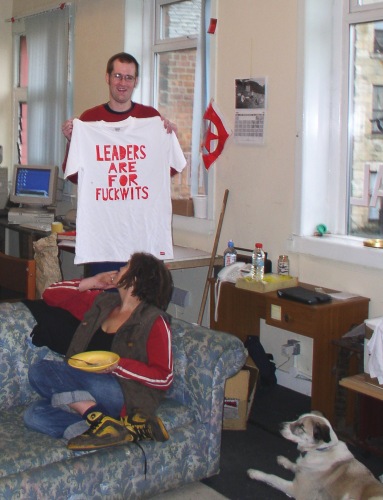 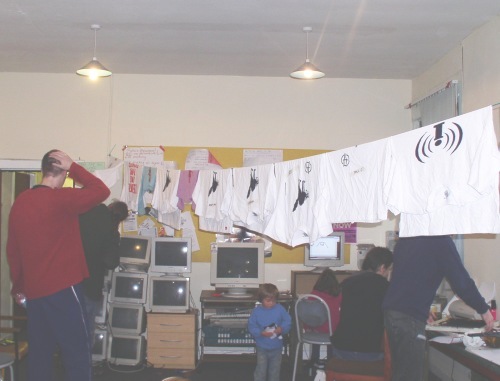 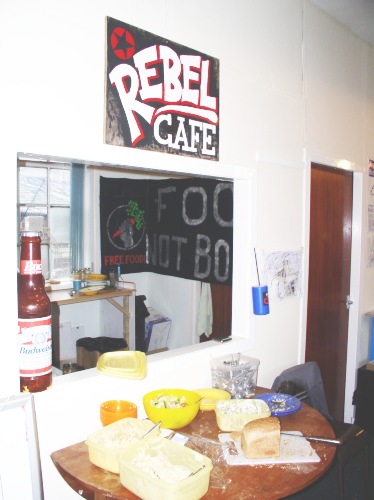 The Open Day officially launched the activities of the Social Centre, which came into existance in the summer to support the G8 counter mobilisation.
The name "Saorsa"means "freedom" in Scottish Gaelic and was spotted on the Glasgow Zapatista Mural, which has now taken the centre-stage of the main wall in the Social Centre.
Since the summer, G8 prisoner support meetings have taken place in the centre, as well as regular meetings of the Glasgow Zapatista Support Group and Glasgow Reshape.
With benefit gigs such as the Warehouse Party "Section 60" end of september, the centre funds most of its costs.
Now, the G42collective behind the centre plans to expand the opening times and facilites, such as a distributed library network, an infoshop and initiating a regular Sunday Social.
One of the next projects is also a big bonfire night on 5th of november in the Cre8 garden, Turiff Street, to resist the extension of the M74. Bonfire and BBQ from 6pm, Fireworks from 7pm. Till about 10pm.

The Open Day started of quite slowly, but got buzzing in the afternoon with more than 20 people and several kids zooming around the Rebel Cafe.
Films about other Social Centres, such as Canmasdeu, Belfast Kitchen, Leeds Aspire, Nottingham's Sumac Centre and 3 others in Amsterdam, were planned to be screened in the evening.

The Centre on Pollockshaws Road can be reached from the city centre with the buses number 38,38A and 45, amongst others.