This a short report with 12 photos of the naming of the dead ceremony and die-in at the US Consulate in Edinburgh on Saturday 29th October 2005. 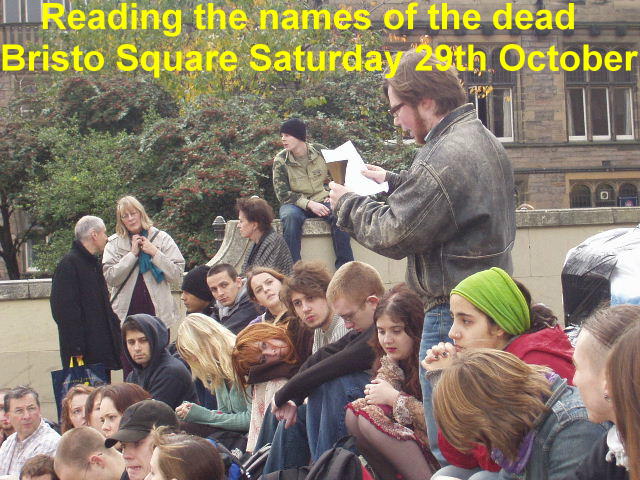 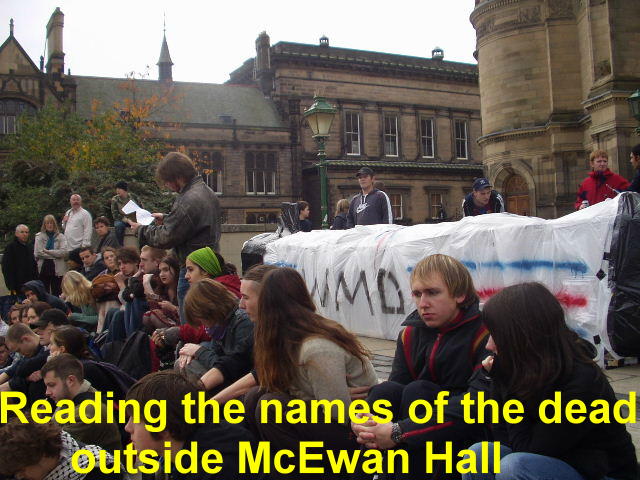 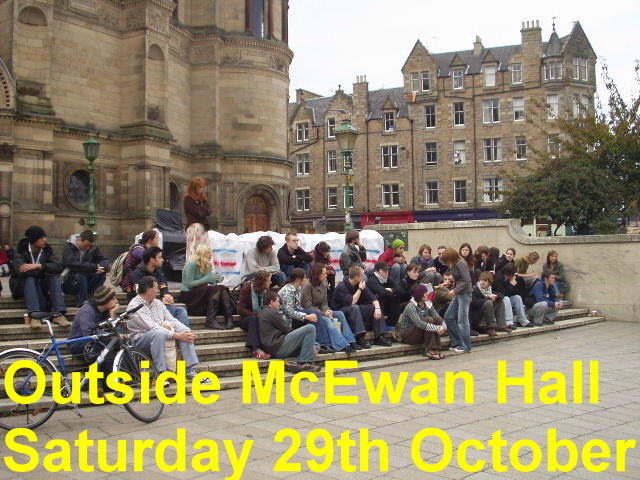 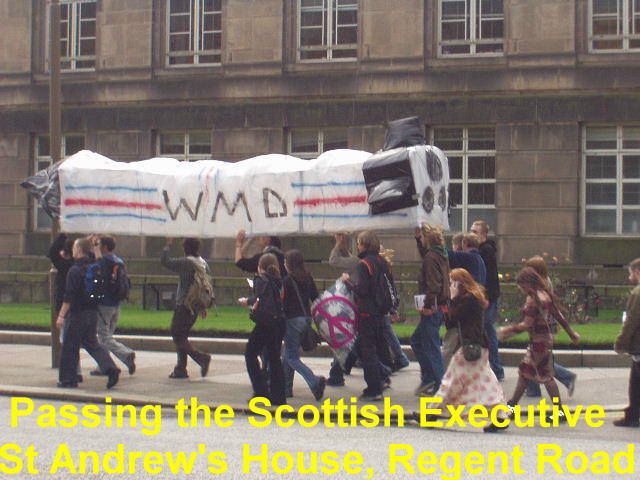 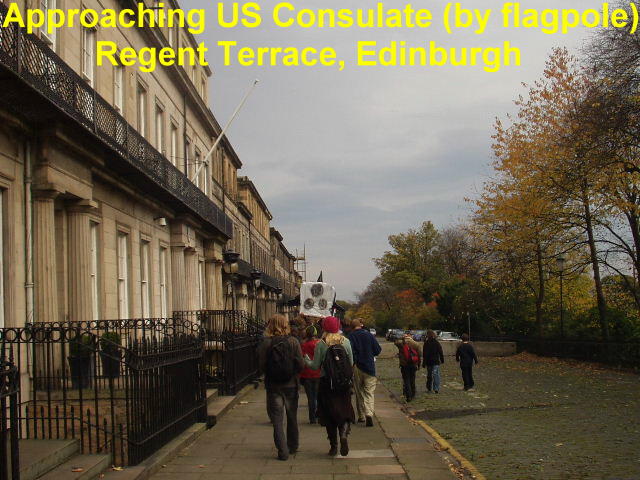 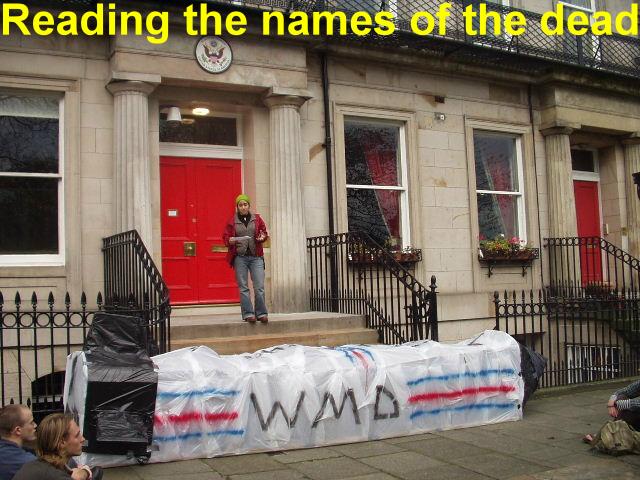 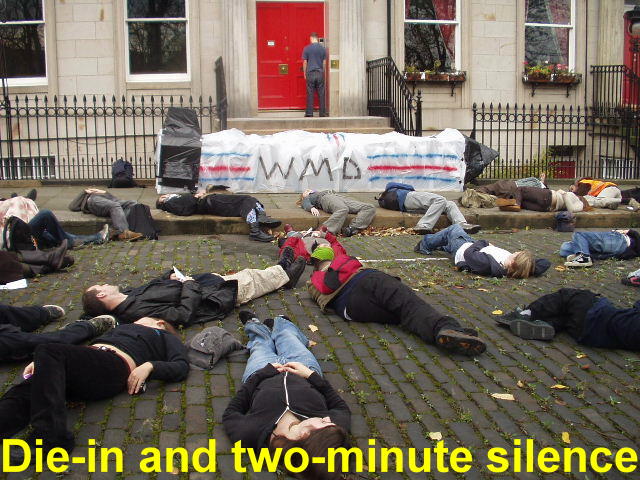 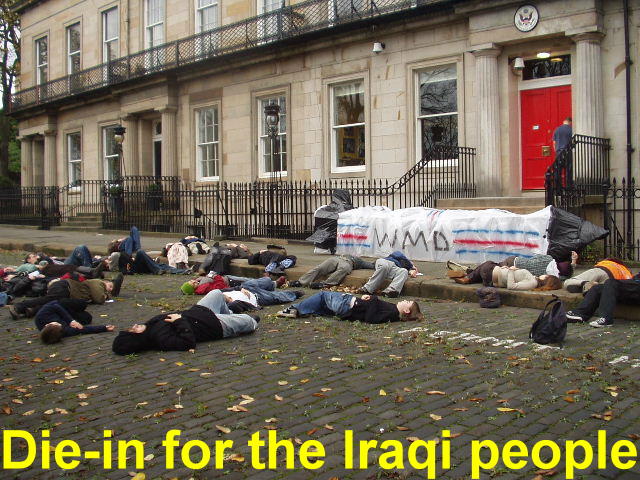 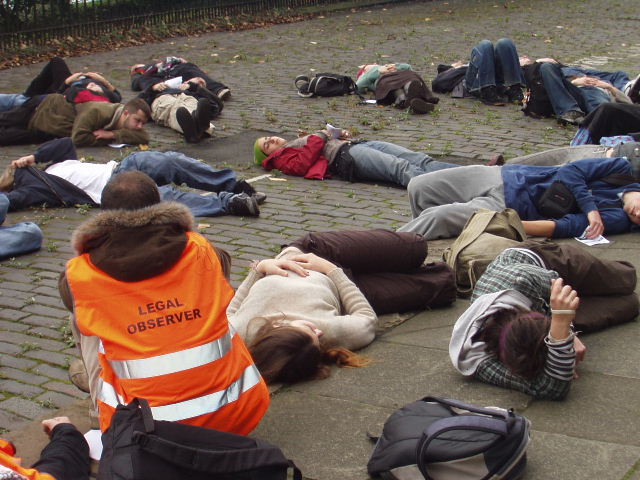 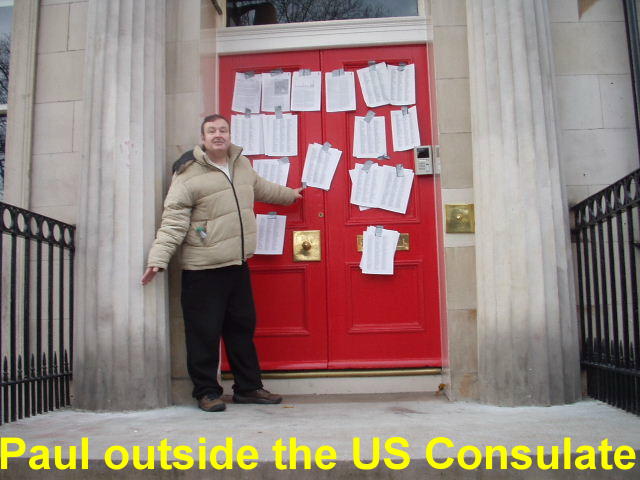 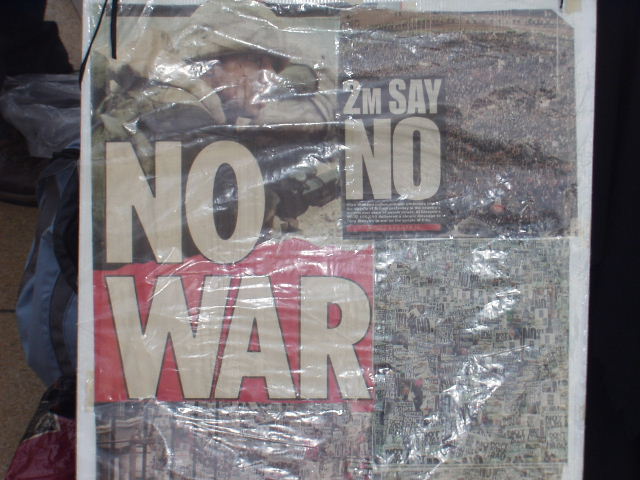 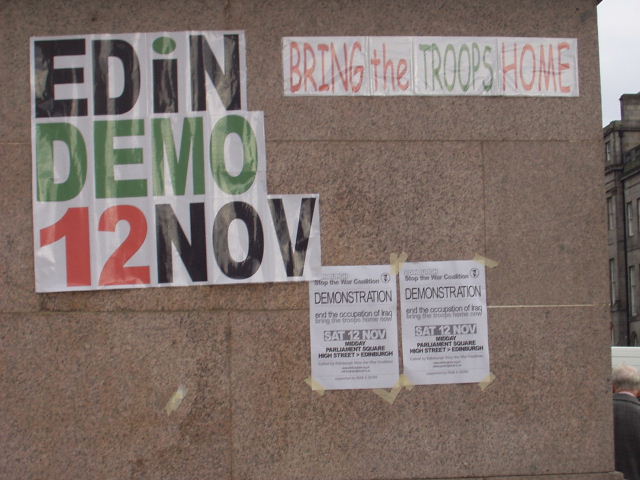 Students from Edinburgh University held a naming of the dead and die-in ceremony on Saturday 29th October. The names of some of the many Iraqi dead were read out near the McEwan Hall in Bristo Square followed by a walk to the US Consulate in Regent Terrace carrying a dummy WMD.

Those assembled outside the consulate were reminded that the Lancet report of 100,000 dead was now a year old and the true figure was now likely much higher. US General Tommy Franks had insensitively said, “We don’t do body counts.” However the American military does count its own dead and the number recently reached the 2,000 mark. Yasmin, from an Iraqi background, spoke that the term `resistance is futile ` should be replaced with the phrase `resistance is fertile`.

The 30 or so who had gathered then performed a die-in lasting several minutes leading one passer by to enquire “What’s wrong with them? Have they all been gassed?” No, they hadn’t been but so many people in Iraq have lain down since the invasion and unlike those on Saturday they will never get up again.

There was a reminder of the all Scotland Demonstration against the occupation on Saturday November 12th. (Please see www.edinburghstw.org.uk)

Also, for those interested there will be a talk by Jan Benvie in St Francis Xavier’s Church Hall in Falkirk on Monday 31st October at 8.00pm. Jan spent 6 weeks in Iraq this summer with Christian Peacemakers and has much to say about her trip.

12 photos of the die-in and reading of the dead ceremony are attached.