The New Atlantic Inititiative is glad to announce that control
of the Polish army has now been transferred to us (US) by Polish voters.
On behalf of our patrons Margaret Thatcher and Henry Kissinger, we
gratefully accept this donation to the US military-industrial complex.
(Executive Director, Radek Sikorski - new Polish Minister of War) 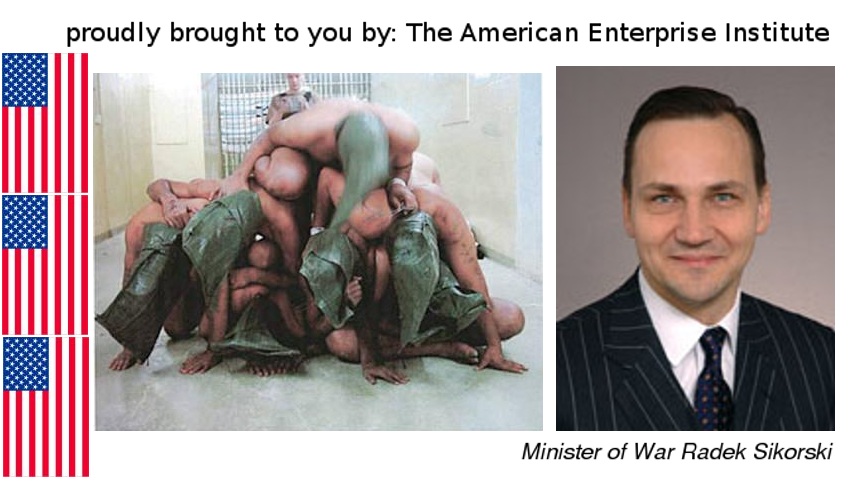 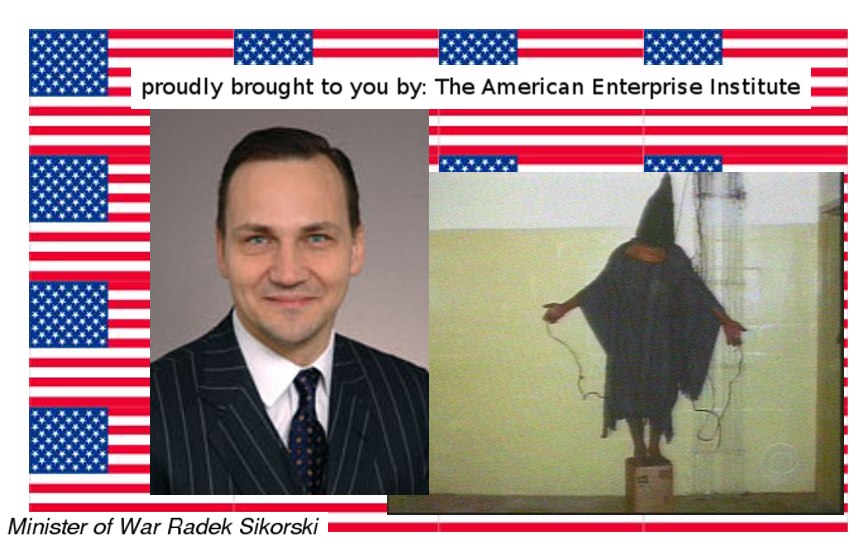 http://www.aei.org/research/nai/about/projectID.11/default.asp) (NAI) was initiated on May 10-12, 1996, at the Congress of Prague, "where over 300 political, intellectual, and business leaders gathered to debate the new agenda for transatlantic relations ... In June 1996, the NAI was established as a public policy research center. It is headquartered at the American Enterprise Institute in Washington, D.C."[1] (

"The NAI's central objective is to strengthen Atlantic cooperation in the post-cold war world by bringing together Americans and Europeans to work toward common goals, including:[2] (

* The reinvigoration of Atlantic institutions of political cooperation and consultation.
* The admission of Europe's fledgling democracies into the institutions of Atlantic defense and European economic cooperation, notably NATO and the European Union.
* The establishment of free trade between an enlarged European Union and the North American Free Trade Area as a complement to strengthening global free trade.
* The NAI also sponsors conferences, debates, and roundtable discussions in the U.S., Europe and elsewhere.

The Atlantic Initiative is an attempt to carry the lobbying methods of AIPAC to Europe. Its related organizations, all with an "Atlantic" in their names, aim to influence policy throughout Europe. There are now Atlantic Initiatives/Foundations in about ten European countries, and most Eastern European countries, the "new Europe", have Atlantic representation. Much of the initial emphasis of these foundations is to foster friendly relations vis-a-vis Israel, to scuttle attempts to impose sanctions, and to crack down on anti-semitism.