A whole community is being evicted this weekend by Brent Council, through lies, maladministration and neglect Brent Council have tried to crush this vibrant peaceful safe community. WE ARE FIGHTING BACK!! PLEASE JOIN US!! WHERE:1:30pm on Friday 4th November outside Brent Town Hall, Forty lane, Wembley HA9 9HD.
We will be there wearing cardboard boxes, as most of us will be on the streets by Monday. 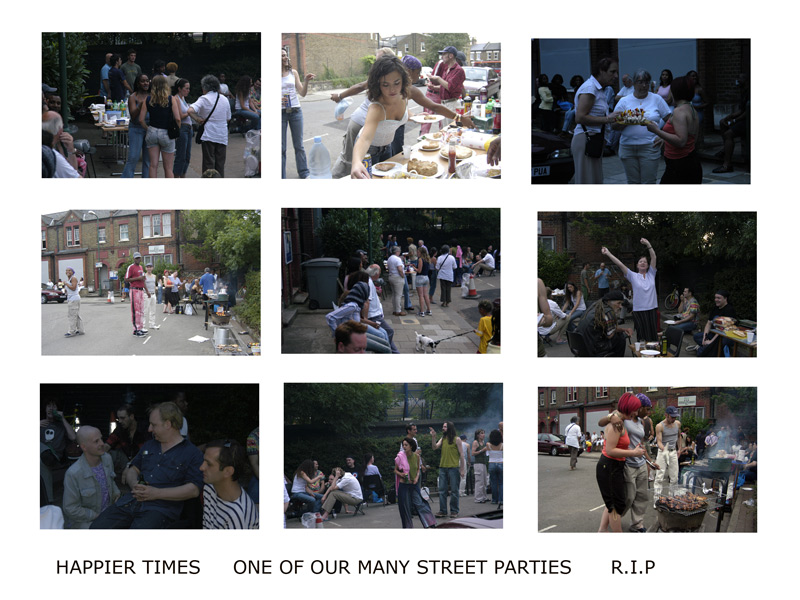 The office Of The Deputy Prime Minister (ODMP) laid down the Decent Homes Standards to improve social housing by 2010, therefore directly benefiting communities. The flip side to this is the destruction of communities in Co-op run social housing. Council’s are repossessing all their properties, effectively making Co-op tenants homeless. Traditional social housing stock is disappearing, thousands of low paid workers are set to be made homeless.

The regeneration of South Kilburn is proving extremely controversial, a whole community has taken a stand against Brent Council. Through maladministration and empty promises Brent Council and Brent Housing Partnership have shattered this friendly, once vibrant community.


Council tenants are being forced to move, Leaseholders have been presented with demands for £17,000 toward refurbishments, Co-op tenants are being evicted next weekend and Freeholders are fighting the decision to evict 33 households only to move in 24. “Brent Council is ripping the heart out of my community. Houses don’t build communities, people do!” says Sue Carberry a Council tenant. “This Regeneration is a joke! Brent Council will not accept independent quotes, this is totally illegal” says Bill Couch, a leaseholder. “You don’t need the brains of a chocolate mouse to know the consequences of introducing 60 youngsters to a street this size” says Tom, a Freeholder. “I don’t need a fitted kitchen, I need a roof over my head” says Matthew Gillick a Co-op tenant. Brent Community Housing Co-op will see 100 households homeless by Christmas and a further 200 in the New Year. A trend set to continue throughout the UK.

The people connected with housing Co-ops are notoriously community spirited as the original co-ops were born of like minded, socially aware individuals, prepared to dwell in sub standard, harsh inner city environments. A group ethos evolved working to improve any accommodation allocated and helping other less able individuals to live safely and independently. In this way whole streets of run down, vacant properties in traditional un-safe areas were preserved from vandalism, squatters and further dilapidation. Now that funding has arrived to revitalise these areas such societies seem surplus, with no provision for the future. I appeal for some long term consideration of the consequences of their disappearance from the capital. Who will fill their diverse, poorly paid jobs? What will become of the communities they nurtured and who will promote a sense of caring and neighbourly concern in the next generation of London’s residents.

Co-op tenants are being forced into the New Labour Poverty Trap because they cannot afford the market rents and yet do not qualify for council housing. The underbelly of John Prescott’s Housing Policy is beginning to rip apart.