There are notes from the talk given by Iraqi Kurdish writer and activist Haifa Zangana at Appleton Tower, Edinburgh University on Wednesday 2nd November 2005. 2 photos (excuse quality) are attached. 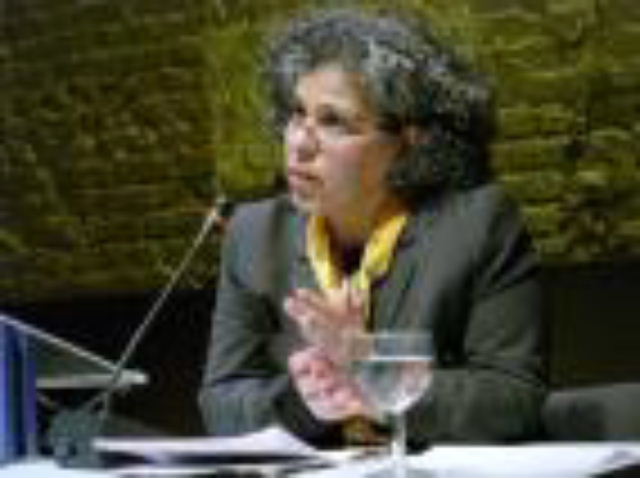 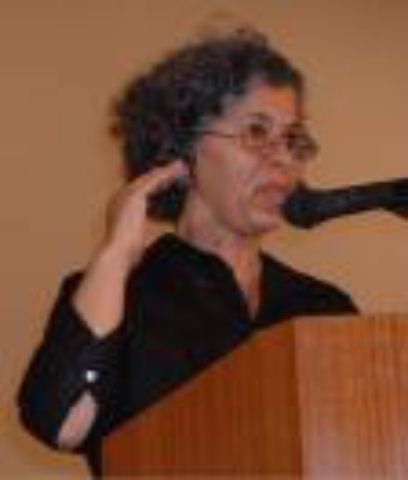 Kurdish Iraqi writer and human rights activist Haifa Zangana gave a talk at the Appleton Tower in Edinburgh University on Wednesday 2nd November. Haifa is unhappy about the occupation of her country and she cannot be smeared as a stooge of Saddam as she was once imprisoned under his regime. She made the point that the West supported Saddam Hussein for many years until he outlived his usefulness.

The human rights situation is dreadful with as well as the Abu Ghraib scandal there was news that four new prisons are being built. Haifa reminded the audience that this month was the first anniversary of the attack on Fallujah.

The Iraqi people are frightened and so are the occupation troops – the more nervous the soldiers are the more likely they are to use their weapons. Recently there was an attack on US troops in Ramadi (near Fallujah), which led to an American attack on the town, which killed around 70 people including 20 children. The US military simply announced that they had killed `70 terrorists`.

Haifa spoke of the INAC, which is a non-political umbrella organisation, which wants to end the occupation.

Bush and Blair took the country into war against the wishes of the people. She spoke of former US Secretary of State Madeleine Albright who once infamously said that the death of half a million people was a price worth paying. Madeleine Albright is a Jewish mother and Haifa doesn’t understand how she could have said such a thing.

She spoke of the threat posed by depleted uranium (DU) thousands of tons of which were dropped on Iraq during the first and second gulf wars. The DU is not just a heath hazard to the local people but being indiscriminate it is a threat to US and British troops as well. DU:

What about the suicide bombers? The first and most obvious point is that they did not exist in Iraq before the occupation. She said to watch out for the news on Iraq – if, say tow or three US soldiers are killed in Iraq then the next day there is likely to be a massive car bomb which kills 40 or 50 Iraqis in a crowded market. Who is behind these suicide attacks? Could they be `black operations`?

Haifa told the audience of `front organisations` which are not what they appear – she gave the example of the `Women for free Iraq ` which was formed from a number of Iraqi exiles living in comfort in Washington DC. Their sponsor is actually the `Institute for the Defense of Democracy` -
This organisation proudly proclaims that it is the only NGO in the world to send a delegation to the world court in The Hague to defend the Israeli separation wall.

Haifa said that Iraq once had the highest number of women engineers in the world – thye don’t need Condoleeza Rice to teach them about human rights and equality.
Haifa asked, “Can an occupation for oil really be about democracy?” She went on to say that apathy was a problem but the All Scotland demonstration coming up on November 12th was a great opportunity to build opposition to the war.

Haifa compared the situation in the Middle East with that of the Vietnam War. When the US looked like losing in Vietnam they attacked the neighbouring countries of Cambodia and Laos. The Bush administration has threatened to tack Syria and or Iran.


Here is an article written by Haifa: