American newspaper Washington Post publsihed an interesting article yesterday, 2nd November, about secret prisons run by the CIA on foreign soil. Unsurprisingly, the agency, as well as top US politicians, are trying hard to keep the information secret, as the article shows. 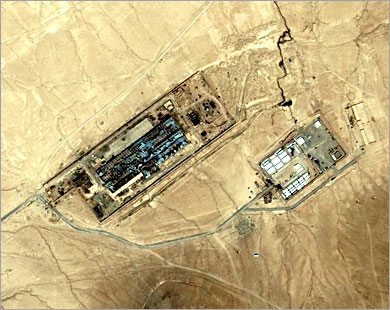 The CIA has been hiding and interrogating some of its most important al Qaeda captives at a Soviet-era compound in Eastern Europe, according to U.S. and foreign officials familiar with the arrangement.

The secret facility is part of a covert prison system set up by the CIA nearly four years ago that at various times has included sites in eight countries, including Thailand, Afghanistan and several democracies in Eastern Europe, as well as a small center at the Guantanamo Bay prison in Cuba, according to current and former intelligence officials and diplomats from three continents.

The hidden global internment network is a central element in the CIA's unconventional war on terrorism. It depends on the cooperation of foreign intelligence services, and on keeping even basic information about the system secret from the public, foreign officials and nearly all members of Congress charged with overseeing the CIA's covert actions.

The existence and locations of the facilities -- referred to as "black sites" in classified White House, CIA, Justice Department and congressional documents -- are known to only a handful of officials in the United States and, usually, only to the president and a few top intelligence officers in each host country.

The CIA and the White House, citing national security concerns and the value of the program, have dissuaded Congress from demanding that the agency answer questions in open testimony about the conditions under which captives are held. Virtually nothing is known about who is kept in the facilities, what interrogation methods are employed with them, or how decisions are made about whether they should be detained or for how long.

While the Defense Department has produced volumes of public reports and testimony about its detention practices and rules after the abuse scandals at Iraq's Abu Ghraib prison and at Guantanamo Bay, the CIA has not even acknowledged the existence of its black sites. To do so, say officials familiar with the program, could open the U.S. government to legal challenges, particularly in foreign courts, and increase the risk of political condemnation at home and abroad.

But the revelations of widespread prisoner abuse in Afghanistan and Iraq by the U.S. military -- which operates under published rules and transparent oversight of Congress -- have increased concern among lawmakers, foreign governments and human rights groups about the opaque CIA system. Those concerns escalated last month, when Vice President Cheney and CIA Director Porter J. Goss asked Congress to exempt CIA employees from legislation already endorsed by 90 senators that would bar cruel and degrading treatment of any prisoner in U.S. custody.

Although the CIA will not acknowledge details of its system, intelligence officials defend the agency's approach, arguing that the successful defense of the country requires that the agency be empowered to hold and interrogate suspected terrorists for as long as necessary and without restrictions imposed by the U.S. legal system or even by the military tribunals established for prisoners held at Guantanamo Bay.

The Washington Post is not publishing the names of the Eastern European countries involved in the covert program, at the request of senior U.S. officials. They argued that the disclosure might disrupt counterterrorism efforts in those countries and elsewhere and could make them targets of possible terrorist retaliation.

The secret detention system was conceived in the chaotic and anxious first months after the Sept. 11, 2001, attacks, when the working assumption was that a second strike was imminent.

Since then, the arrangement has been increasingly debated within the CIA, where considerable concern lingers about the legality, morality and practicality of holding even unrepentant terrorists in such isolation and secrecy, perhaps for the duration of their lives. Mid-level and senior CIA officers began arguing two years ago that the system was unsustainable and diverted the agency from its unique espionage mission.

"We never sat down, as far as I know, and came up with a grand strategy," said one former senior intelligence officer who is familiar with the program but not the location of the prisons. "Everything was very reactive. That's how you get to a situation where you pick people up, send them into a netherworld and don't say, 'What are we going to do with them afterwards?' "