In Azerbaijan, banned rallies, arrests and public beatings have created an environment of intimidation in the run-up to the parliamentary elections on Sunday, Nov 6. BP's profits from and is sustaining the ruling Aliev regime's grip on power through its strategic relationship and demand that Western governments protect its enormous investments. 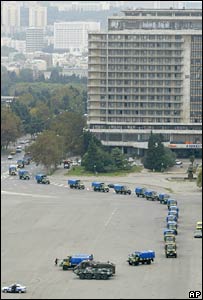 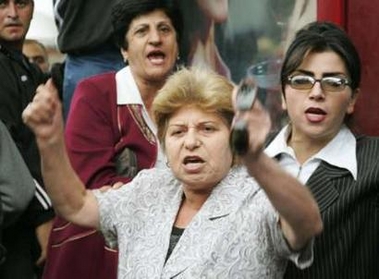 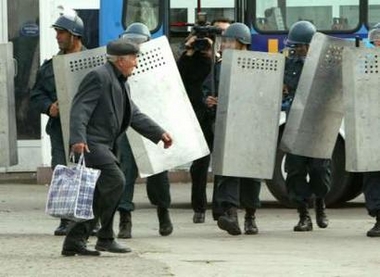 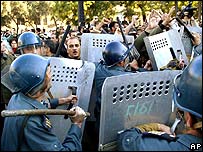 Riot cops wade into an opposition rally with batons 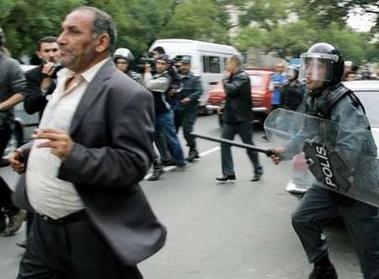 With recent revolutions in Georgia, Ukraine and Kyrgyzstan, the Aliev regime is taking no risks. Peaceful opposition demonstrations are regularly attacked, activists routinely imprisoned on farcical charges and electon candidates intimidated. Meanwhile, the US and UK governments announce that President Aliev is taking Azerbaijan in the right direction, towards democracy. Many Azeris worry that the West cares less about their rights to free speech and freedom to assemble, and more about the billions of barrels of oil off the Azeri coast; they're very right to worry.

BP is the largest investor operating in Azerbaijan, primarily through its dominant role in developing the off-shore Azeri-Chirag-Gunashli (ACG) oil field and building the export Baku-Tbilisi-Ceyhan (BTC) pipeline.
Over the years, BP has developed a very close relationship with President Ilham Aliev, and and with the previous president, his father Heydar Aliev. BP has such a dominant role in the Azeri society and economy that David Woodward, the local head of BP, is regularly described as the 2nd or 3rd most powerful man in Azerbaijan.
BP's close relationship (and some hefty bribes!) to the Aliev regime has seen profits soar with favourable contracts and lax social and environmental regulations. The regime's autocratic nature means that civil society [and even parliament] can't make any impact whatsoever.

Although Azerbaijan has several private newspapers and television stations, Mr Gulaliyev from the Centre for Civic Initiatives in Azerbaijan argues that these have become dependent on or intimidated by BP. "Several journalists told me of agreements where financial support from BP depends on articles critical of the BTC pipeline being blocked.”
Mayis continued "BP claim they are supporting development and democracy by funding civil society. Yet their primary purpose is to nip criticism in the bud – they are using their financial power to set the parameters for debate."

See www.baku.org.uk for more information on the Baku-Tbilisi-Ceyhan pipeline contructed and oeprated by BP.