OPEN LETTER TO LOTHIAN AND BORDERS POLICE Re G8

I was concerned about the publishing of 31 photos of G8 `suspects` in the local press here in Edinburgh and this is my open letter to the Edinburgh (Lothian and Borders) Police. 9 labelled phots (including one of me) are attached. This letter was also sent to Home Secretary Charles Clarke. 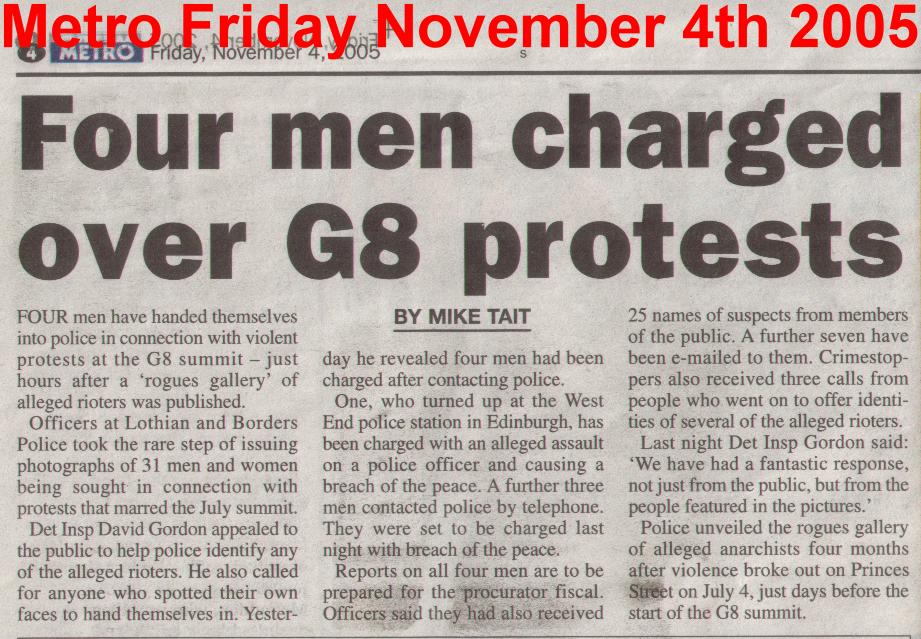 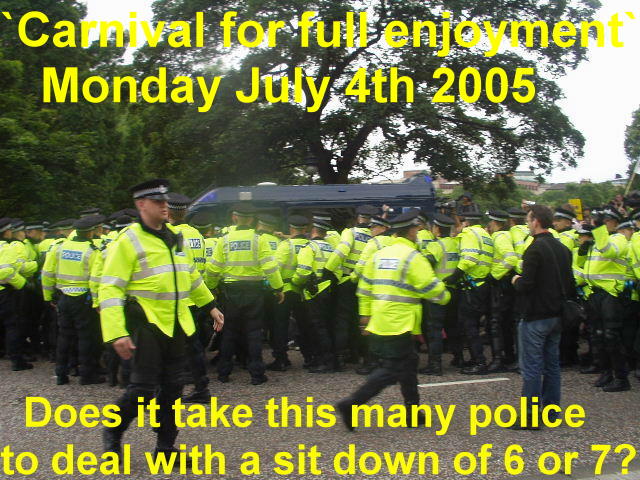 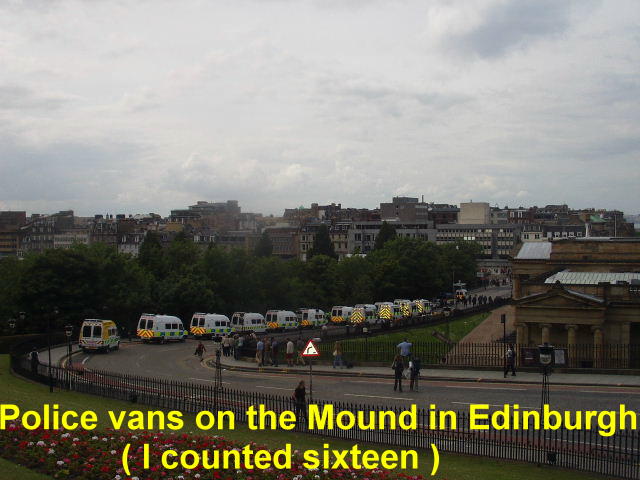 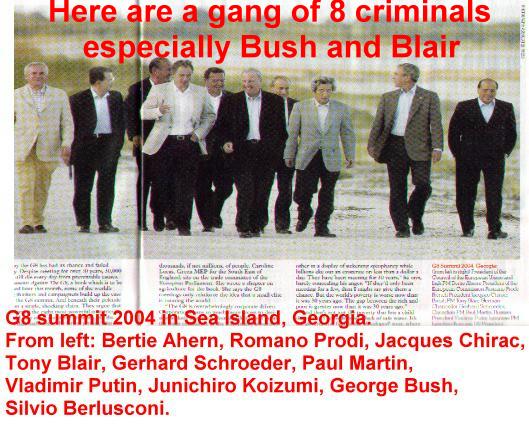 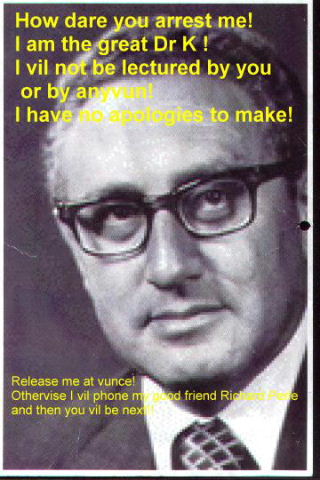 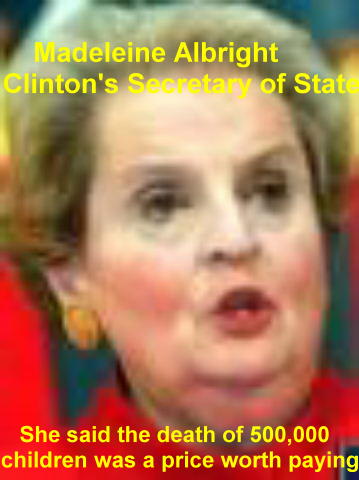 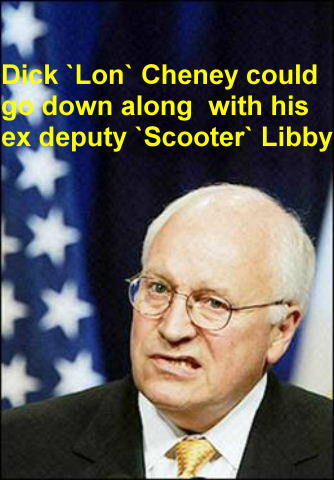 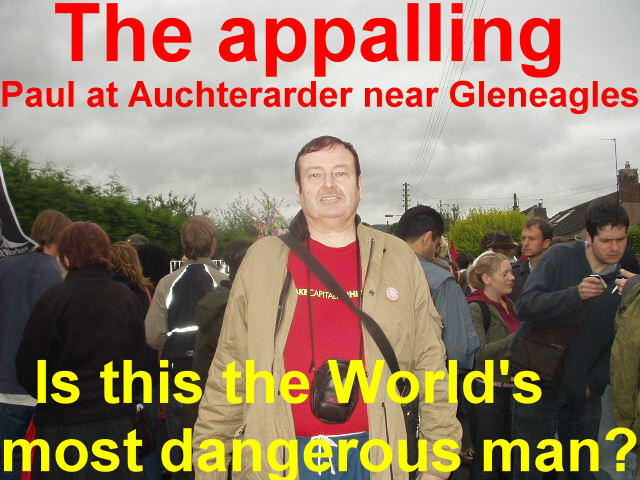 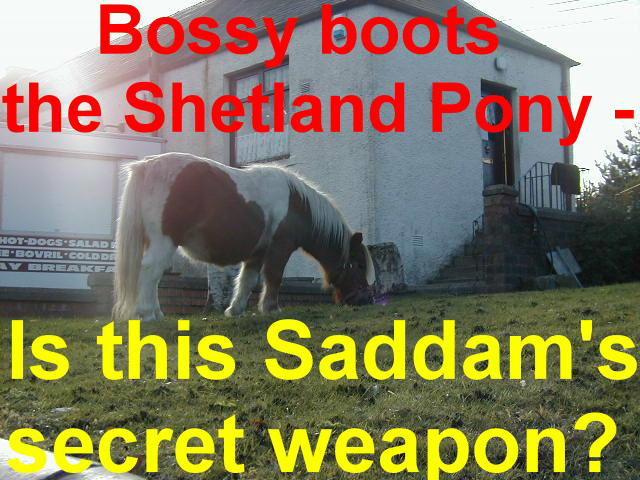 Lothian and Borders (Edinburgh based) police have recently been publishing photographs of supposed `G8 protesters`. Is it a crime to protest against the G8? No, not even the most right wing politician would say so.

Are the policies of the G8 criminal? I would say so – they lead to poverty worldwide and the biggest criminals of all are surely George Bush and Tony Blair who rabbit on about WMD meaning weapons of mass destruction. The United States and Britain are the biggest manufacturers, distributors and indeed users of such weapons in the world. The words `kettle and black` spring to mind.

Let us just look at one issue – Iraq – the attack on Iraq was totally illegal under International law. The use of horrible weapons such as cluster bombs (the British alone used over 2,000 cluster bombs) and depleted uranium is totally illegal by all sorts of laws and conventions e.g. the Geneva Convention.

The indefinite incarceration of hundreds of people at Guantanamo bay without charge is totally prohibited by International Law, British law and US Law. So, how is it happening? People are silent because of perhaps apathy or maybe fear.

Fear is an important weapon in our government’s attempts to rule us. The American people were systematically lied to over the war on Iraq. The now discredited `crazies` (Scooter Libby is likely to go down for a long time on perjury charges and may take Karl Rove and Dick Cheney with him) told lie after lie after lie about Iraq’s non-existent WMD – crude forgeries about Uranium imported form Niger, absurd scare stories about Iraqi missiles or drones with a range of 100 miles somehow reaching the US (or British) mainland from a distance of thousands of miles and fraudulent claims of Iraq’s links with Al Qaeda and Osama Bin Laden. We were told incessantly that the war was nothing to do with oil yet the first thing the invading armies did was to seize the oil fields and the Ministry of Oil in Baghdad.

What about the G8 protests? I was there on the day of the `Carnival for full enjoyment` on July 4th and wrote a report with photos, which shows the ludicrous nature of some of the policing. The media joined in with screaming headlines like `G Hate` and `Live hate` etc. Here is my Indymedia report of the day with photos:

Thousands of police from all over Britain were in Edinburgh to monitor people who were, in all honesty, at worst a minor nuisance. 2,000 officers from the London Met were there with sniffer dogs. Tragically of course they would have been better employed down in London on July 7th where their presence might just have made the difference.


I suggest the real criminals are the likes of Bush and Blair. There is a World Tribunal on Iraq: www.worldtribunal.org


Former US Secretary of State Madeleine Albright once infamously said that the price of half a million dead children (referring to the genocidal sanctions on Iraq in the 1990’s) was `worth paying`. That a Jewish mother could make such a statement is truly appalling.

Another Former US Secretary of State Dr Henry Kissinger once said, “The illegal we can do at once, the unconstitutional will take a little longer.” His policies in South East Asia caused the deaths of 6 million people yet no real attempt has been made to prosecute him. Christopher Hitchens wrote a book called `The Trial of Henry Kissinger`.

Former Chilean President General Augusto Pinochet was once held under house arrest by British Home Secretary Jack Straw (now Foreign Secretary) – Pinochet oversaw the death and torture of thousands but despite numerous attempts to try him is still at liberty –why?

Recommended books `The Fire this time` by Ramsey Clark – contains much information about the Clark commission on war crimes in Iraq. `The Trial of Henry Kissinger` by Christopher Hitchens and ` The Scourging of Iraq` by Geoff Simons.

I finish with the rhetorical question “Who are the criminals?”

Yours Faithfully,
Paul O’Hanlon (Edinburgh Stop the War) and not, repeat NOT a criminal!


Here is the press release from Lothian and Borders police

media.relations@lbp.pnn.police.uk
PHOTOGRAPHS APPEAL, EDINBURGH G8 PROTESTS
Police are appealing to the public to help identify G8 protesters who took part in disturbances in Edinburgh during the summer.

Lothian and Borders Police have released the images of 31 men and women they want to question in relation to incidents that happened on July 4th - the so-called Carnival of Full Enjoyment.

During the week-long protests there were 129 arrests made by police and so far 99 people have appeared in court in connection with various disturbances - 20 have been found guilty or pled guilty.

Since then a team of Lothian and Borders Police officers has been working from an Incident Room based at Leith Police Station on identifying other suspects who were not arrested at the time.

Six officers have spent hundreds of hours combing city centre cctv footage in a bid to identify suspects. As a result of their work 28 people, connected with the Carnival of Full Enjoyment, have subsequently been identified and have been reported to the Procurator Fiscal.

Detective Inspector David Gordon, who is heading up the investigation, said he hoped these new photographs would result in more names being given to the police.

He said: "It's been a laborious process for the officers having to view hour after hour of cctv footage but it shows we will not give up in our bid to find those responsible.

"These were serious disturbances in Edinburgh city centre and it is our duty to track down those responsible and bring them to court.

"Some of the people featured in the photographs are very clear - we just need a name to put to the face. I would like to appeal to anybody who knows the identity of any of these people to contact the incident room.

"In fact if anyone recognises themselves in these pictures released today we would urge you to make contact with us before we come knocking on your door.

"We believe the majority of these people live in the United Kingdom and I personally believe most will live in the Lothians and Scottish Borders area as a high percentage of those who have already been traced do."

Malcolm Dickson, Deputy Chief Constable of Lothian and Borders Police, added: "We hope issuing these images will prompt a positive response from the public who were rightly appalled at the scenes they witnessed in the city centre in July.

"This is not a case of police being vindictive but concentrating on those people whose criminal activity marred an otherwise peaceful week of legitimate demonstration. Edinburgh and the officers who policed the events are still proud of the way it was facilitated."

Anyone with any information about people shown in the photographs should contact Lothian and Borders Police on 0131-311-5916, Crimestoppers in complete confidence on 0800 555 111 or use the online form
Click here to view the photographs.


G8 Appeal - Can you help?
Police are appealing to the public to help identify G8 protesters who took part in disturbances in Edinburgh during the summer. The photographs, seen below, were released today (Wednesday 2nd November) and show 31 men and women police want to question in relation to incidents that happened on July 4th. If you have any information about people shown in the photographs please contact Lothian and Borders Police on 0131-311-5916, or use the online form. Click here to see the full press release regarding the G8 appeal.