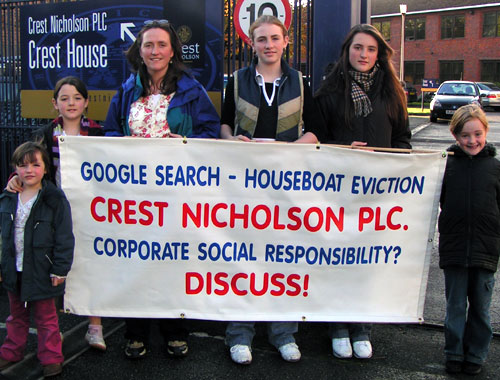 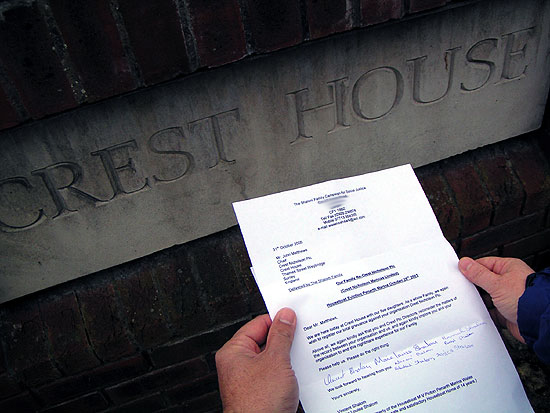 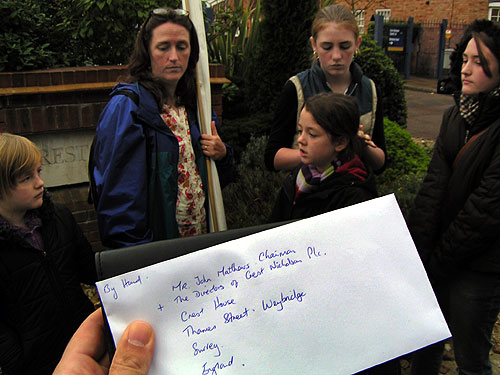 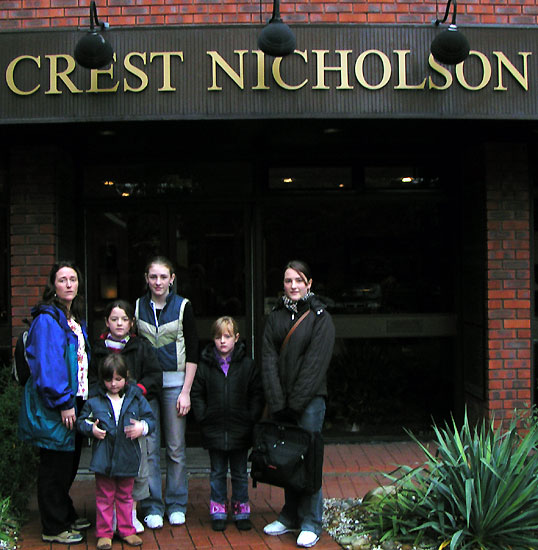 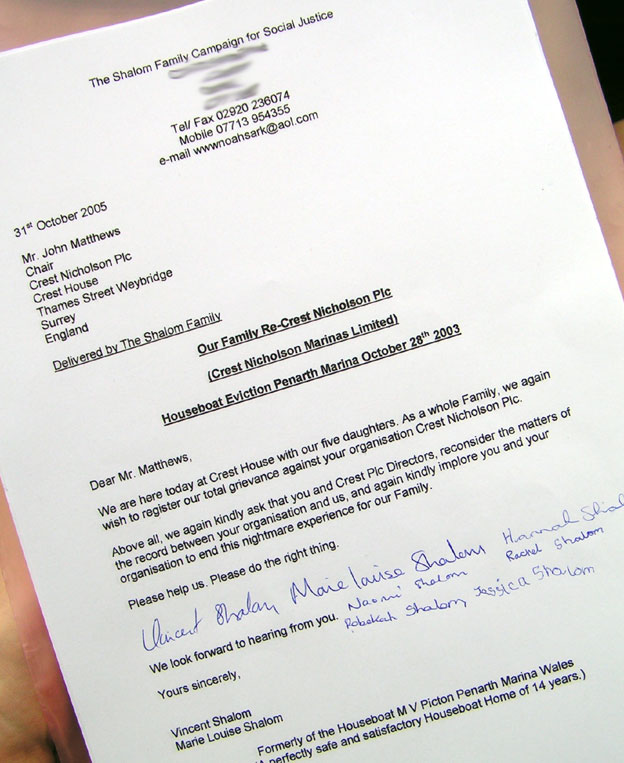 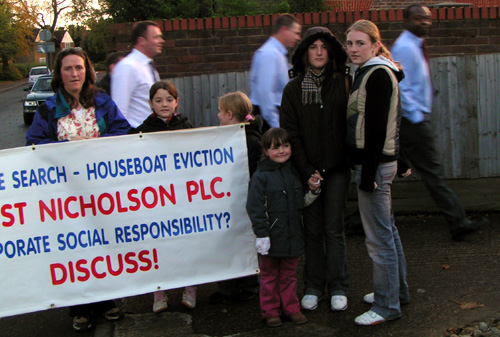 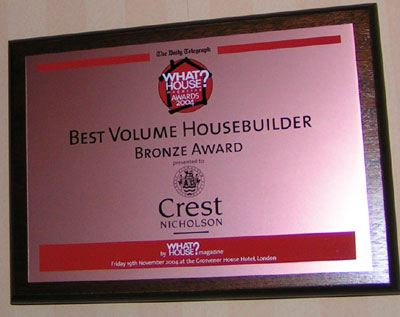 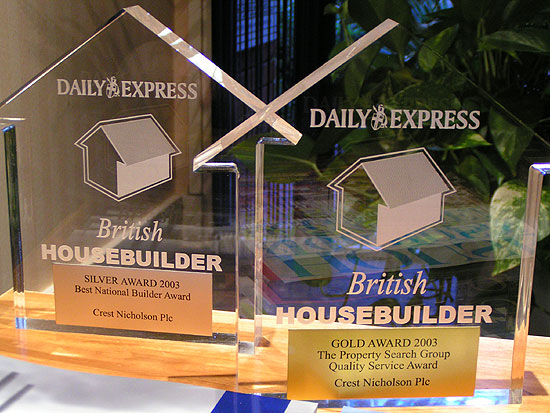 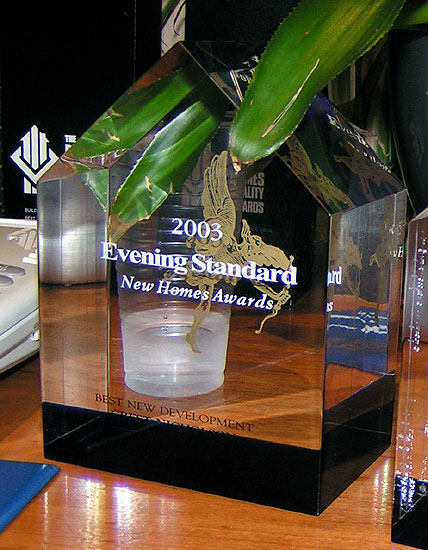 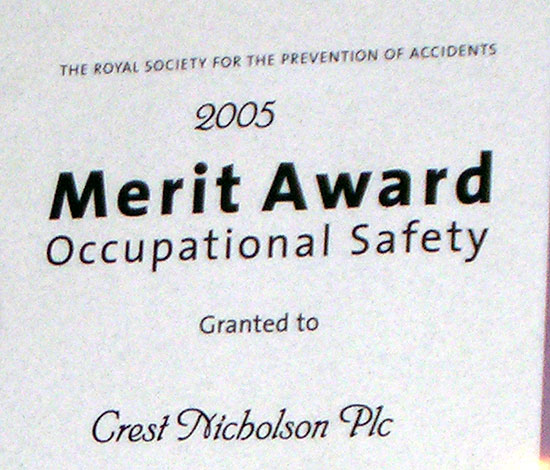 Royal Society for The Prevention of Accidents Crest Nicholson 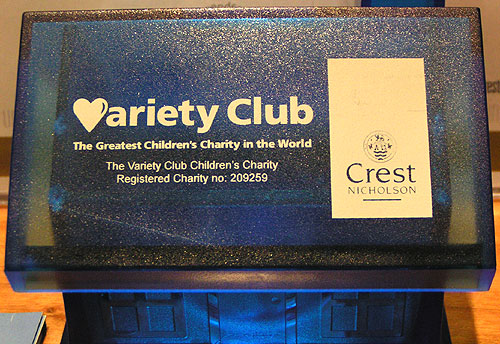 Proud To Be Associated The Variety Club Crest Nicholson 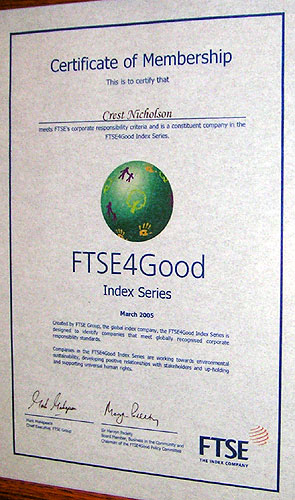 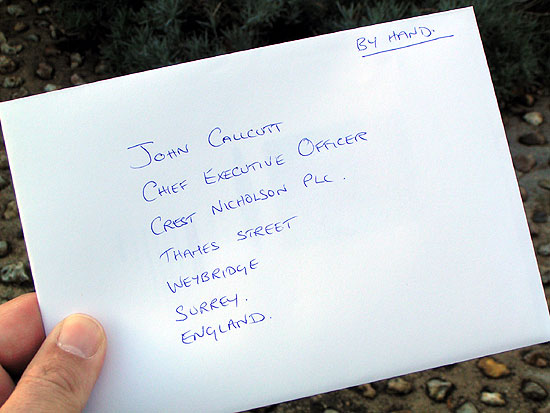 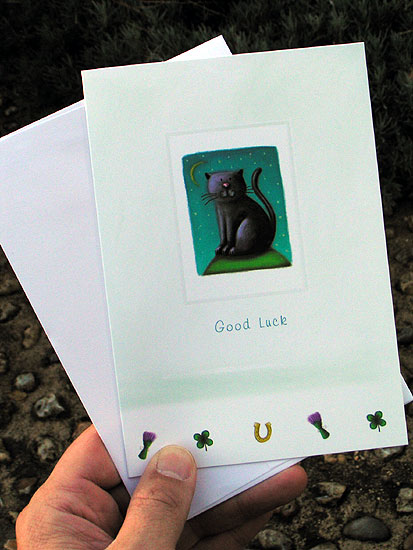 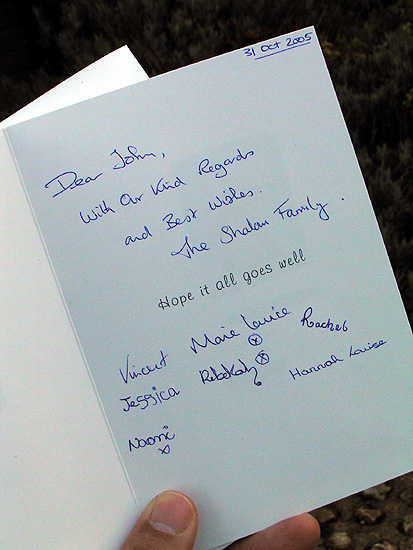 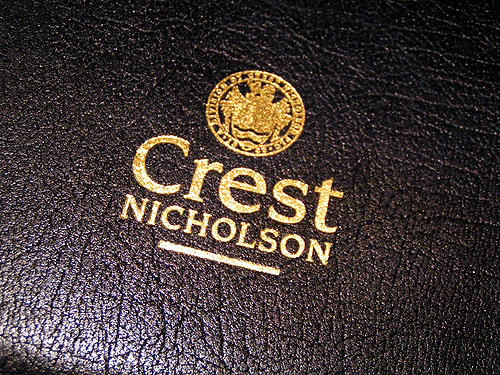 Crest Nicholson Insignia All That Glitters May Not Be Gold 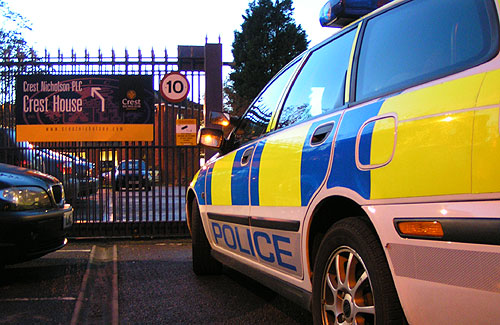 The Shalom Family Houseboat, M V Picton, with the whole Family aboard and Ms. Shalom eight months pregnant, suffered a night-time grounding and toppling accident, at Crest’s former marina operations, in Penarth Marina in Cardiff Bay. Their Home subsequently developed a leak, but under the watchful attention of Mr. John Callcutt and Crest’s present Chairman, Mr. John Matthews, ‘Crest Nicholson Marinas Limited’, deliberately and wilfully, failed to grant ‘permissions’ to the Family, so that they themselves could make arrangements to fix their own Home.

This single and negligent ‘accident’ undoubtedly triggered a whole set of events, not least of which was the policy u-turn by Crest Nicholson, regarding the acceptance of Houseboats within their marina developments, nation-wide.

Subsequently unable to attract insurance for their houseboat, the marina company refused to renew any mooring contracts, and refused to accept the Family mooring fees on at least three occasions, giving notice that they should vacate Penarth Marina. This was done in the full knowledge that their Home was leaking, after the accident, which the marina company had caused. The Family know that records will prove that they did everything possible to ’do the right thing’ in the circumstances.

Publicly the company portrayed the Family as wilful ‘trespassers’, living on a leaking, uninsured old hulk, without any sanitation aboard. The Family know that these claims disappear under any scrutiny of the records, but fear that Crest Nicholson has besmirched their character and public upstanding in their local community, in the public relations exercise adopted by the company.


Mr John Callcutt trained as a solicitor and the Family believe that he was well aware of how to eradicate their Family and Home, by any ‘legal’ means available, but the Shaloms are resolute to continue in their moral Campaign for Social Justice.


The Shaloms were refused legal assistance because Marie Louise Shalom was in receipt of a full student loan at the time of the actual Court proceedings. However, this refusal was not confirmed until after a Barrister’s opinion had been sought and entered into Court by the Shalom’s then appointed solicitors. They acted in accordance with their respective and apparent belief, that the Shaloms would automatically be granted legal assistance.

In any event, this placed the Family outside the ‘rules’ of ‘financial eligibility’. Within the Family application for legal aid, these borrowed finances were considered as ‘earnings’. In the calculations and rules governing legal aid assistance, the full student loan was also considered to be ‘disposable income’.

Accordingly, throughout the Court proceedings in Cardiff, the Shalom Family had no professional legal representation to articulate their defence, as filed at court. They assert that their right to a ‘professional’ to articulate their defence was not upheld, as it was not within their pocket, and furthermore, they had no sufficient proficiency in understanding the legal language of their defence, already presented to the court. The Family believed and claimed to the Court that this was a breach of their Human Rights and that the matters placed before the Court were highly irregular.

In presenting earlier appeals to John Matthews Crest Chairman and Crest Plc directors, the Family question Crest Nicholson’s implementation of Responsible Business Practice and Corporate Social Responsibility, particularly in the way in which the company has handled its already documented and accepted mistakes.

The following appeal was presented at Crest House, it reads as follows:-

Delivered by The Shalom Family

We are here today at Crest House with our five daughters. As a whole Family, we again wish to register our total grievance against your organisation Crest Nicholson Plc.

Please help us. Please do the right thing.


We look forward to hearing from you.

Later in the day at Crest House, Vince Shalom with his two eldest daughters, Hannah 14, and Naomi 12, tried to make presentation of their Family’s best wishes to Mr. Callcutt, as he looks forward to his new role as Deputy Chair of Crest Nicholson Plc. In making polite request via his personal secretary Jean Major, Mr. Callcutt was cordially invited to accept their presentation but Ms. Major insisted that Mr. Callcutt was, “too busy with very many important people” and furthermore, “Mr Callcutt has asked me to tell you that he has no intention of coming to see you”.

For no apparent reason Crest Nicholson Plc called Surrey Police. However, in the intervening period before their eventual arrival at Crest Nicholson’s head office in Thames Street Weybridge, Mr. Shalom and Crest Chairman Mr. Matthews met briefly, in an impromptu meeting in the Crest Nicholson Foyer.

The Family believe that the brief communication, which took place between both gentlemen, provided Crest Nicholson with an opportunity for reflection for their ‘knee jerk’ reaction of calling Surrey police.

Although the Family consider it most regrettable, Mr. Callcutt did not bring himself to the occasion of accepting the Family’s personal presentation. However, Crest Nicholson’s financial controller, Mr. Peter Darby was duly appointed to do so and he accepted the Family presentation…a simple “Good Luck” card!

On behalf of the company, and in the presence of a single police officer which the company had called from Esher, Surrey Police, Mr. Darby assured the Homeless dad with his two daughters that he would pass on to Mr. Callcutt their Family regards.

The Family insist that their Campaign for Social Justice from Crest Nicholson Plc will continue, until their ‘campaign aim’ for a ‘fair and just’ solution has been realised.

Although the company continue to boast of their meritorious but older awards from the likes of The Evening Standard, The Daily Express, and The Daily Telegraph, the Shalom Family also acknowledge Crest achievements and associations with Shelter, a National Charity for The Homeless, and The Variety Club, “The Greatest Children’s Charity in The World”.

The Shalom Family Campaign for Justice