Sussex police have threatened to arrest demonstrators planning to March through Brighton on Dec 10th to protest against EDO MBM, a factory manufacturing electrical components for arms in Mouslecoomb. 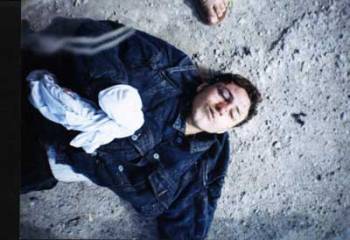 The march on 10th December starts in Churchill Square, Brighton, at 12 noon. It comes six months after EDO MBM applied for an injunction to limit protests outside their factory see

http://www.smashedo.org.uk/pressreleases/05-04-30.htm. The injunction has lead to the criminalisation of many protesters including two who have been remanded in HMP Lewes.

Several protesters are currently defending themselves in the High Court against allegations that their protests have harassed employees, they argue that the injunction jeopardises their right to protest.

The planned march could be the biggest yet in the 18 month old campaign and will come soon after the high court decides whether or not to extend the injunction.

Sussex Police have threatened to arrest protesters unless the route of the march is preorganised. At the last March, in August 2005, several protesters were arrested after the Police imposed conditions on the demonstration under Section 12 of the Public Order Act see www.indymedia.org.uk/en/2005/08/321143.html.

This police action was part of a wider tactic of coming down heavily on unplanned public demonstrations. A march protesting at the destruction of Titnore Woods worthing was dealt with in the same way and police issued threats to london's critical mass last month.

This is an example of the police pushing the boundaries of their existing powers. New laws state that unplanned demonstrations are illegal in Parliament Square, police are trying to extend this to the rest of the country.

http://www.indymedia.org.uk/en/2005/10/326614.html. Similarly, Smash EDO are calling for activists who want to protect the right to protest to join the march on December 10th.

This time we will march!