pics from 'beating the bounds' protest around parliament today

activists resurrected an ancient tradition of marking the boundary of a parish by walking round it and beating sticks. today they used this tradition to mark the edge of the protest exclusion zone introduced at the beginning of august that criminalises protest in a zone around parliament unless authorised in advance by police. 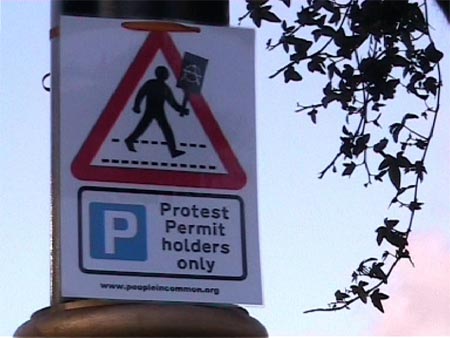 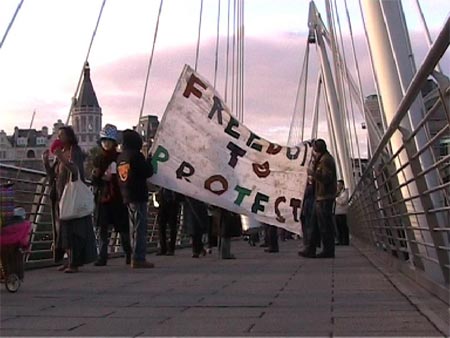 crossing to the south bank 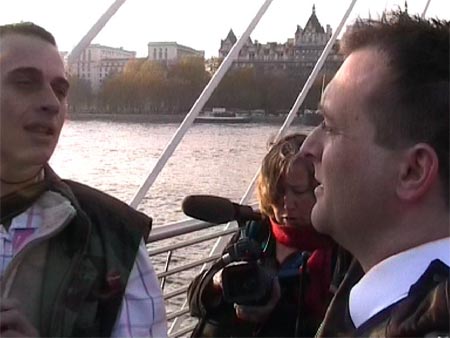 explaining the socpa to the police 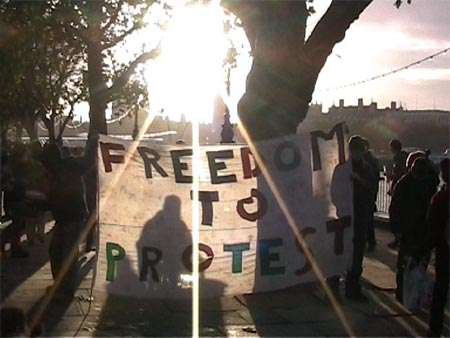 on the south bank 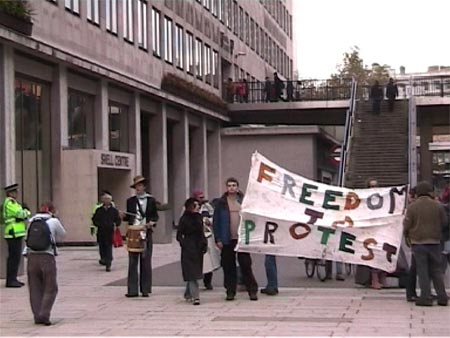 outside the shell centre 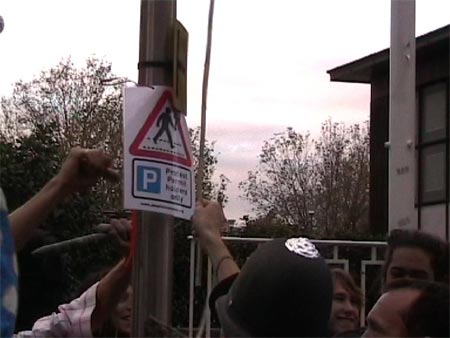 beating the bounds (well, the signpost) 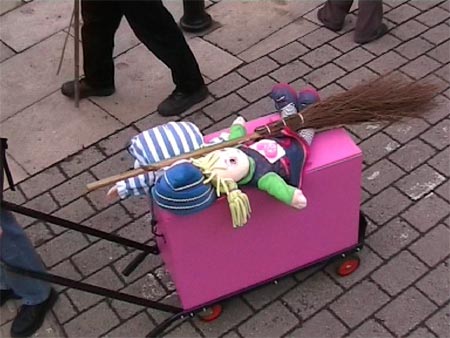 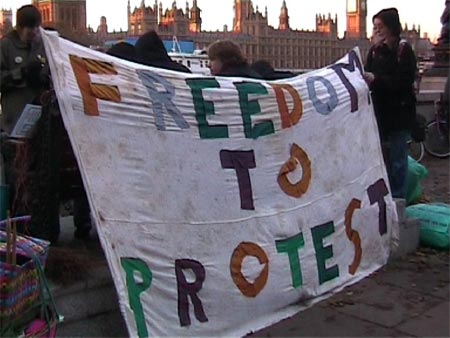 free to protest on this side of the river 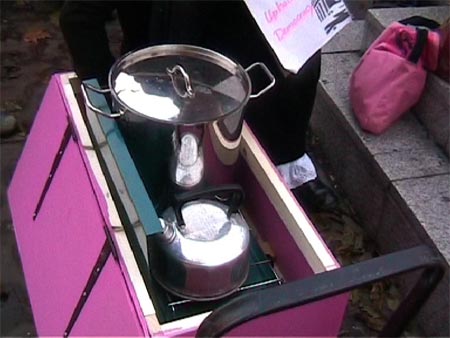 the tea trolley in use 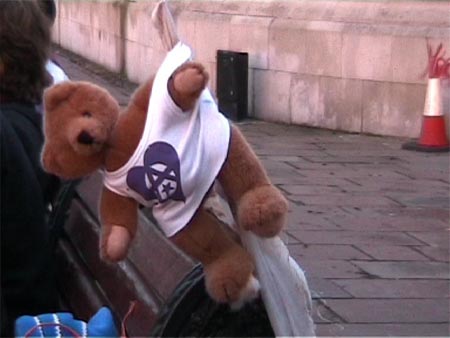 it's no picnic being an anarchist teddy bear

the 'serious organised crime and police act' SOCPA contains a clause requiring seven days notice of any planned protest in the exclusion zone and gives the police extraordinary powers to control every aspect of the demonstration.

to date there have been more than 27 arrests under the new act. the first of these comes to court this wednesday the 7 december at bow street magistrates court. maya evans from justice JNV (www.j-n-v.org) was arrested in october for reading out the names of iraqi dead in whitehall to mark the anniversary of the lancet survey showing 100,000 civilian deaths in the war. supporters are welcome outside the court from 9am for a trial starting at 10am.

today's activists walked round the perimeter of the anti-freedom zone, putting up warning signs, red ribbon, and marking the boundary in the traditional way by hitting it with sticks. this noisy, colourful event took up the medieval theme with some participants in costume and the use of bells, drums and other instruments.

this soon caught the attention of bemused community support officers, and later some police. the activists had to explain the SOCPA law and the zone to the coppers, but had helpfully prepared a briefing to constables reminding them of their duties under the law. a policeman and support officer were then assigned to the group as the walk continued.

tea, mulled wine and veg stew were served near lambeth palace, and the archbishop was invited to join, but was apparently unavailable.

more info about the zone and forthcoming tests of this ridiculous law can be found at www.peopleincommon.org