It appears that Bayer are intending to cash in on their 22 Acre site at hauxton just outside cambridge. After years of use by Bayer how contaminated will the site be ? who will clean it up ? who will pick up the bill ? will Bayer do a deal with the local council ? will the public have to pick up the tab allowing private property speculators to make a killing and Bayer get off the hook and not have too clean up their shit !! as per usual . 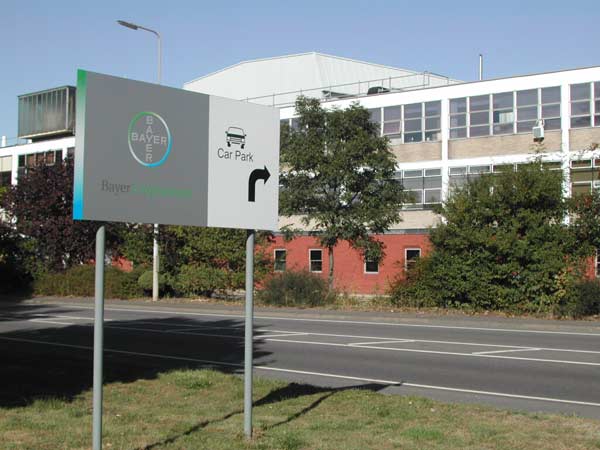 TWO hundred and fifty new homes could be built and up to 300 jobs created as part of a massive redevelopment project.

A 22-acre site, at Hauxton, just outside Cambridge, has been earmarked for residential and commercial development.

The land currently belongs to Bayer CropScience, a herbicide and fungicide manufacturer, which has been based on the site for more than 65 years.

Over the last two years, the manufacturing side of the business has moved elsewhere in Europe and the factory buildings on the site have become redundant.

But the company, which is already demolishing part of the site, wants to release the land, to the east of the A10, for alternative uses.

Following consultation by Bayer with the local community, including parish councils, Bayer CropScience has put together proposals for a mixed use development - for both employment and housing.

Permission is needed to change policy on the use of the land so that houses can be built - partly because the site must be cleaned due to contamination before homes can go up.

On Friday, councillors at South Cambridgeshire District Council will vote at a full council meeting to establish whether housing can be built on the site in principal. If they agree it can, the company will be able to apply for planning permission.

Keith Miles, planning and policy manager at the council said: "We think it will be more sustainable if the site is redeveloped for both housing and employment.

"If we get some housing onto the site, people who work at the site will be able to live nearby. Plus it will help to get more housing close to Cambridge - there is currently an imbalance in the number of people commuting to the city."

Bayer CropScience also owns around 60 acres of land, including a pavilion and sports pitches for use by its staff, to the west of the A10. The future of the land, which is designated green belt, will be considered in the coming year.