US peace campaigner Cindy Sheehan was today turned away from Downing Street, although her impromptu note was delivered to No 10 by police.

"Your complicity with the politics of my government has led to the death of my son and thousands of others", she wrote. "I'd like to come and discuss your policies with you". 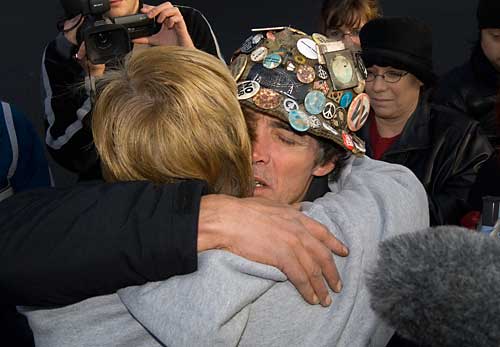 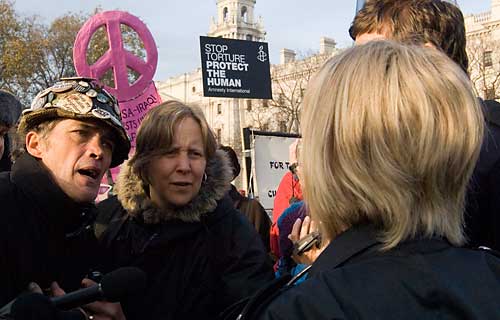 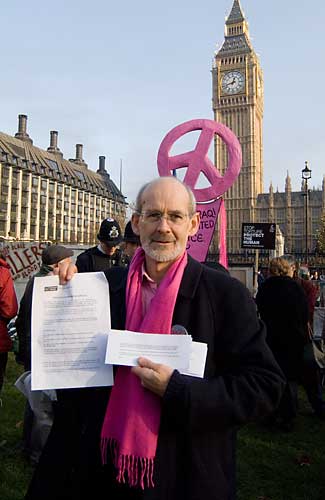 Warning to disperse - and retaliatory statement 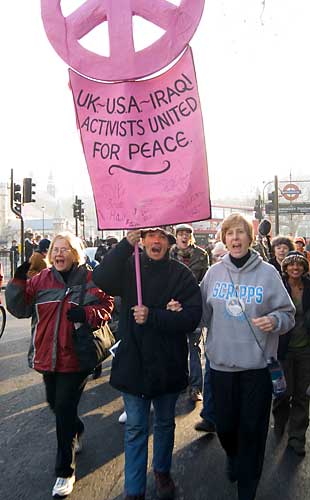 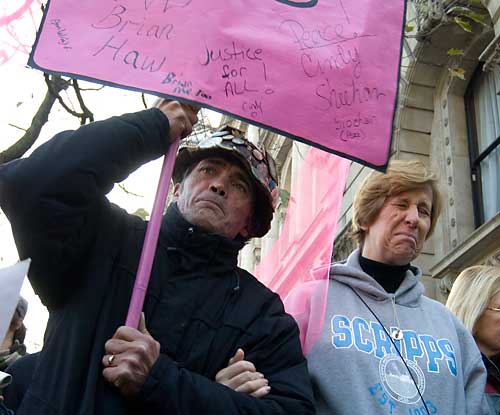 The day had started strangely, with the unexpected arrival of the WPC responsible for arresting Brian Haw on Friday, leading to his front page appearance on Saturday's Independent.

"You shouldn't be here" he told her. "You're discussing this affair with me when on Monday you'll be the subject of an official complaint".

The subsequent arrival of a senior officer led to the leafleting of the crowd, warning them they'd be charged and possibly arrested under the now notorious S132 of the Serious Organised Crime and Police Act.

"I understand that my normal freedom of speech is prevented in terms of any previously unauthorised protest or demonstration whilst I am within 1 kilometre of the Houses of Parliament under SOCPA.

"I therefore hereby agree to not start any protest or demonstration whilst within that specific area.

"On that basis I do expect to have the right to freedom of movement for any other activity within that area".

Police continued to maintain that they were witnessing a demonstration, Code Pink, responsible for arranging Sheehan's meeting with Brian Haw argued it was a welcome. The lack of subsequent arrests means the law here remains a grey area.

"The law may be crazy" commented a senior officer "but it was passed by Parliament. "It's my duty to interpret and enforce it, but this silly situation needs to be brought to a head and sorted out".