Electoral officials for the Iraqi elections are allowing some candidates with suspected links to Saddam's former party to stand for the new parliament. 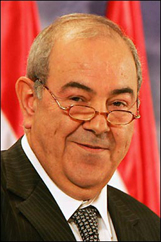 The council responsible for purging the state of Saddam loyalists urged voters however not to elect roughly 130 Baathist candidates standing in the election among a total 7,000.