On Saturday 10th December a small group of activists in Diss protested against the sale of Israeli goods in the towns new Tesco store. 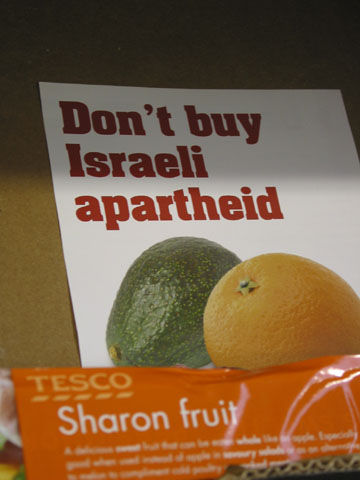 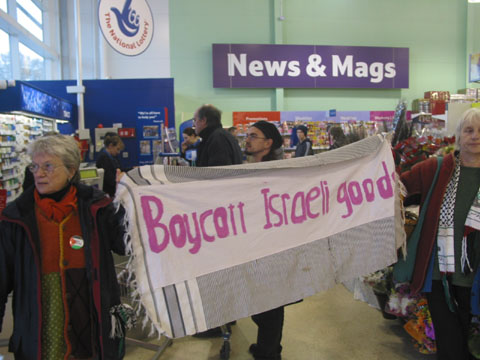 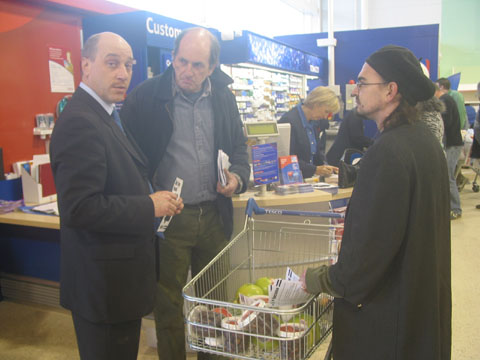 When the trolleys were half full a 'Boycott Israeli Goods' banner was unfurled and one trolley was left in the fruit and veg aisle with an accompaniment of literature for passing shoppers while the other was delivered to the duty manager with requests for information on Tesco's purchasing policy.

While two activists questioned the manager, those holding the banner were asked by security to move themselves to outside of the store, a request which was shortly changed to the car park. During this time many leaflets were handed out to passing shoppers, the majority of whom responded in a positive manner.