Mi6 Cover up - Torture in Greece

The Blair again demonstrated again yeasterday that it is not only morally corrupt, but also amazingly crass and transparent in its attempts to cover for itself.
The current case of the British governments involvement in torture in Greece is very illustrative.


The name of Mr Langman pops up all over the shop. He is listed in Richard Tomlinson’s “list of spies” as Mr Nicholas John Andrew LANGMAN and discussed by him separately in some detail (admittedly in connection to the highly dubious Diana ‘conspiracy’. To add a touch of credibility he also appears on the official HM DIPLOMATIC SERVICE OVERSEAS REFERENCE LIST on the FCO website as “Counsellor: Mr Nicholas Langman” in the British Embassy Athens.

Full text of the article appears on IndyMedia Greece

An alleged MI6 station chief in Athens has been recalled to Britain "for his own safety" after being identified by a Greek newspaper.

It reported that he had taken part in the abduction and brutal interrogation of Pakistanis.

As the Government placed a gag order to stop British media from naming the alleged spy, who is officially accredited as a diplomat, a well-placed Greek security source said his recall was "not done as punishment or as retribution of any kind for the unfavourable turn of events".

He added: "It is more of a standard precautionary measure because his intelligence role can no longer be effective in Greece."

The Foreign Office declined to comment yesterday. It merely noted that Jack Straw, the Foreign Secretary, had previously dismissed as "utter nonsense" claims by the Pakistani workers to have been beaten by British and Greek counter-terrorism officers last July as they investigated links to the London bombings.

One claimed he had a gun put in his mouth as he was questioned about telephone calls to London and Pakistan.

Proto Thema, a Greek magazine, said the MI6 station chief had taken part in the interrogations with a second MI6 officer who was not named.

It also unmasked 15 Greek intelligence officials in revelations denounced by Athens as illegal "because they endanger national security".

Greek authorities said they had had to recall two of their intelligence agents from Kosovo.

The alleged spy has previously been identified as an MI6 officer on the internet and in allegations made by Richard Tomlinson, a renegade MI6 officer.

Seven of the 28 detainees, who say they were held for several days then set free without charge, have lodged official complaints in Athens. 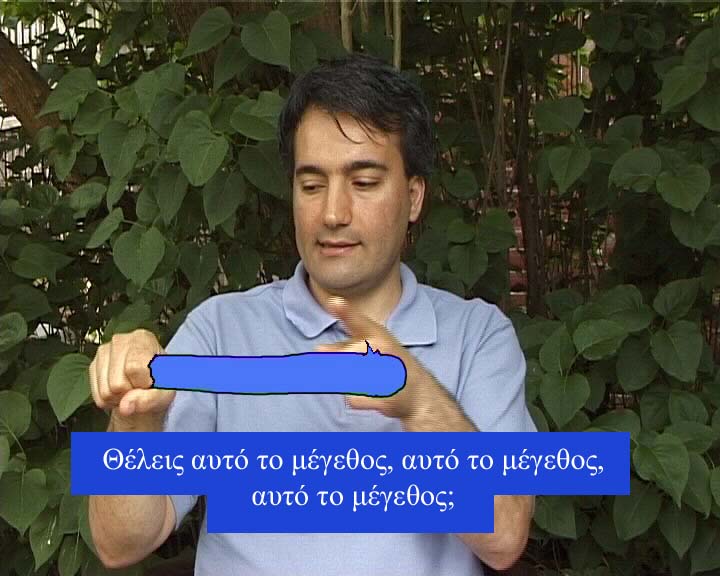 necati talks about his torture in a recent documentary

The details of torture in Athens in July strongly suggests that if there was British involvement, it was limited and may actually have been a moderating influence. As reported in the Greek Press, a typically Greek operation, equally tinged with brutality and incompetence, took place. I can speak with authority as I am a survivor of torture at the hands of the Greek Coastguard and special services in 2001. Because of international pressure and the help of the Athens News, the British Embassy and English-speaking politicians from many countries, the men who abused me were finally brought to court, though they were charged and found guilty only of lesser crimes in my absence after a protracted and frightening campaign to intimidate me and my British partner.

In this case, as in the case of the Afghans last year, parallels are presented in the Greek press with the American-led torture in Iraq and Cuba. In fact, just like the emphasis on British involvement, this misses the point. The torture I endured, which is paralleled in the Afghan and Pakistani cases, predated Guatanamo Bay and what parallels there were to American abuse, are absurd- the Pakistani victims, we read, were made to cover their faces with their own t-shirts, because the EYP agenst had not thought to bring hoods; the fact remains, therefore, that this was a Greek-led operation, managed in a Greek way, even if a list of questions was supplied by the British: the interrogations took place in the Greek Secret service headquarters in Athens (C8, 4351 Support Unit, Agia Paraskevi), and in Parnitha.

But, while there was some violence, it fell far below that suffered by the group of Afghans beaten up last Christmas, of that suffered by Joseph Okeke in 2002, and of the violence done to my own group of 165 migrants, many of them children from Turkey. Most significantly, and contrary to the Prodo Thema report which says "The Greek agents, were anyway more eager during the interrogation, maybe 'cause they had to show off in front of the British experts' ", I believe the Pakistani victims in fact owe any British MI6 agents present a vote of thanks, because, in contrast to what happened to me at the hands of the Greek torturers, none of them was raped (I was one of at least two men raped) and none of them hospitalised. I have every sympathy with the victims of this current brutality and believe action should be taken to bring their assailants, whether British or Greek, to justice, but the current level of debate is obliterating the facts. The Greek authorities already have a well-documented history of torturing detainees and it must be stopped.

In the five years that have followed my torture, I have seen a travesty of justice in both Crete and Athens that has left my assailants free and, I believe, still in uniform; I have had my life and the lives of those dear to me seriously threatened; I have received no official documentation from the Greek Naval court, and no apology, expression of sympathy or compensation from the Greek Government for actions done by men wearing the State Uniform, despite writing repeatedly in both Greek and English to relevant departments and members of the Greek Government and judiciary. Indeed, the only official response has come from the Orthodox Archbishop of Athens, himself a Civil Servant, who, after my partner appealed for his help, announced on Greek TV that "All Turks are Barbarians".

I believe what was done to my group, what was done to Okeke, the Afghans and the Pakistanis in July speaks of a greater barbarity and I am grateful the new Turkish Penal Code clearly condemns all forms of Torture and criminalises male rape, something that Greece has yet to do.