Earthquake delegation. A meeting with the JKLF.

Before heading into the area affected by the earthquake we meet with Amanullah Khan chairman of Jamal Kashmir Liberation Front (JKLF). Most of the region we plan to visit is in Kashmir and local knowledge is essential. The JKLF are a peaceful organization dedicated to gaining independence for Kashmir from India, Pakistan and China all of whom occupy portions of the country. They want a secular independent state that facilitates all the religions and cultures that exist in Kashmir. They have a wide base of support despite being banned from standing in elections. They are not allowed to participate in any ballot due to their refusal to swear allegiance to Pakistan’s military government. 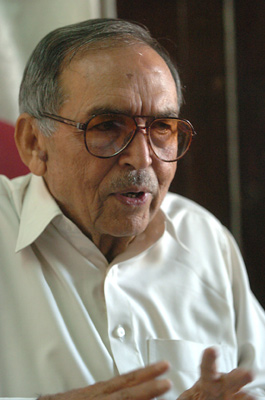 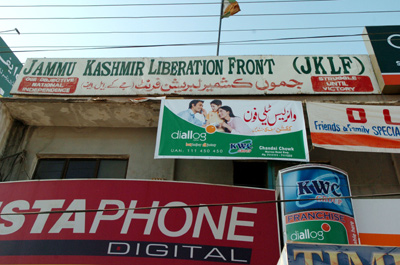 Mr Khan explains how the border dispute between India and Pakistan over Kashmir has the earthquake catastrophe much worse.

Many of the troops who could be clearing landslides and helping the tens of thousands of casualties are kept in the border region maintaining the line of control. Because of the secrecy surrounding the militarized areas many NGOs are finding it difficult to reach people affected by the earthquake. Some communities around the epicenter still have not been reached by the outside world. Worse still for the people is the fact that those who have relatives on the other side of this artificial divide have no way of knowing how they are or if they are even alive. Recently the Pakistani and Indian military staged a symbolic opening of the border for the media. Young men who tried to cross after the ceremony were tear gassed and beaten back to their side of the divide by Pakistani Police.

For many years Mr Khan lived in Britain. He has many fond memories of his time here despite how it ended. He used to visit the UN on an annual basis where his representations about the plight of Kashmir were well received. Then in 1984 the Indian government issued an Interpol warrant for his arrest and he spent 15 months in a British maximum-security jail. At the time he was suffering from cancer and remembers how he was accompanied to hospital by an armed guard or even when he went to the toilet. The grounds for the warrant were totally spurious and many legal observers wondered how it ever came to be enforced. It is of course just coincidence that Margaret Thatcher’s government were at the time bidding for a lucrative military helicopter contract off the Indian government and were desperate to curry favour with them?