Birmingham Food Not Bombs has its last street event of 2005 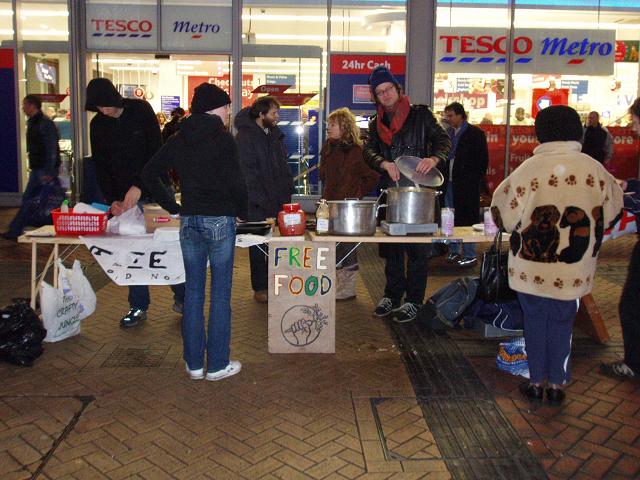 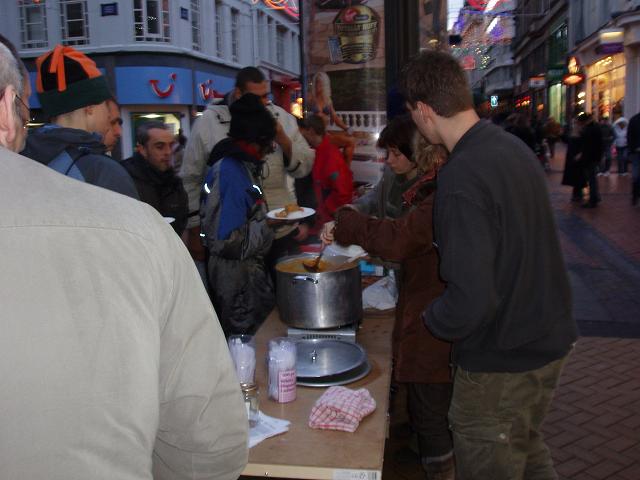 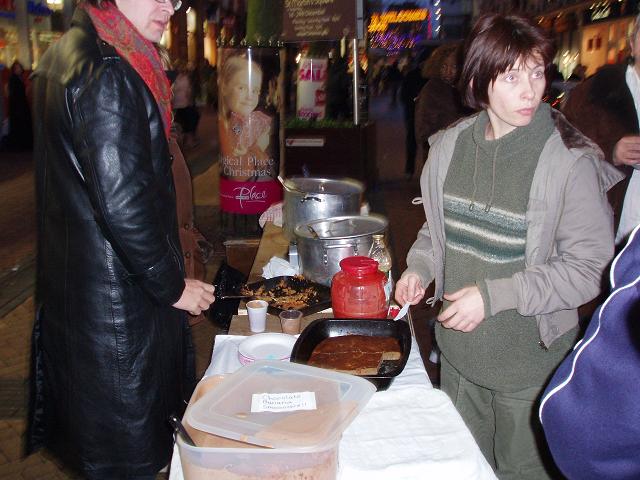 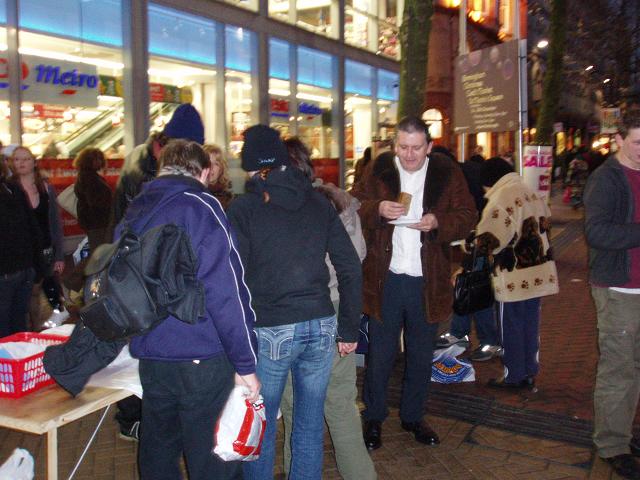 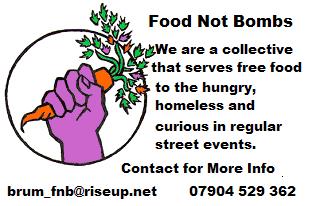 Saturday’s event attracted a lot of interest from shoppers, passers-by and a good turn out from the homeless community. People helped themselves to seasonal nut roast, hot curry and rice, banana cake, fresh apple juice, and banana and chocolate smoothie. A CD player was brought in for the first time and inspirational tunes really helped the atmosphere. A very friendly and positive space was formed with many interesting ideas and discussions happening. A FnB activist chatted about autonomous social centres with an interested member of the public who felt “We need more squatters in this city! There are too many empty buildings which need bringing to life”. There was a good response to the idea of free ‘magic hat’ – donation based - monthly socials and there was much interest in the underlying politics behind FnB.

Brum FnB serves free food, every other Saturday, in the city centre to anyone who wants it, homeless or otherwise. The all volunteer grassroots collective collects fruit and vegetables from local shops, which would otherwise be thrown out and cooks fresh vegetarian meals to be eaten at the regular public food tables. Fliers publicising the events are distributed at hostels and homeless drop-in centres. The group also provides food at protests and other community events.

Brum FnB plan to continue the fortnightly city centre events throughout 2006. Other plans include liasing with other groups to organise a free monthly community social, strike solidarity servings, investigating self-help practical support with homeless people such as squatting, and being involved in the setting up of an autonomous social centre in Birmingham.
Anyone interested in getting involved and for more info contact

Food not Bombs is an International movement that believes that food should be a right not a privilege, and campaigns on issues such as poverty, homelessness, war & military spending, the environment, corporate globalisation of the economy and restrictions to the movements of people.