Netherlands:
In Schinveld, near the dutch-german border members of "Groenfront" and independent acitivists have occupied a forest and built tree houses for stopping the government buid a NATO-air base for AWACS planes. 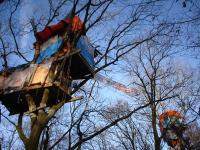 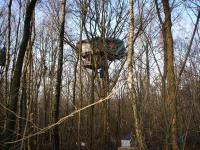 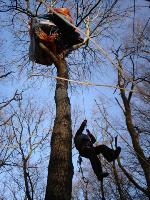 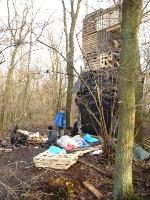 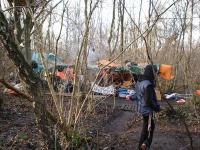 At the moment more than 150 activists are in the forest, at least 10 tree houses are already built. Some say also tunnels were built.

Police is on the way.

+ Since 1:00 a police helicopter is flying above the forest

+ Since 1:45 about 20 police vans are in the area, people have been arrested

+ about 100 german riot Cops support netherland police, moving on territory of the netherlands. fire fighters deny to support the police

+ german riot Cops moved back, leaving vehicles, attack systems and so on for the netherland police