Bush to criminalize protesters under Patriot Act as "disruptors"

Bush wants to create the new criminal of "disruptor" who can be jailed for the crime of "disruptive behavior." A "little-noticed provision" in the latest version of the Patriot Act will empower Secret Service to charge protesters with a new crime of "disrupting major events including political conventions and the Olympics." Secret Service would also be empowered to charge persons with "breaching security" and to charge for "entering a restricted area" which is "where the President or other person protected by the Secret Service is or will be temporarily visiting." In short, be sure to stay in those wired, fenced containments or free speech zones. 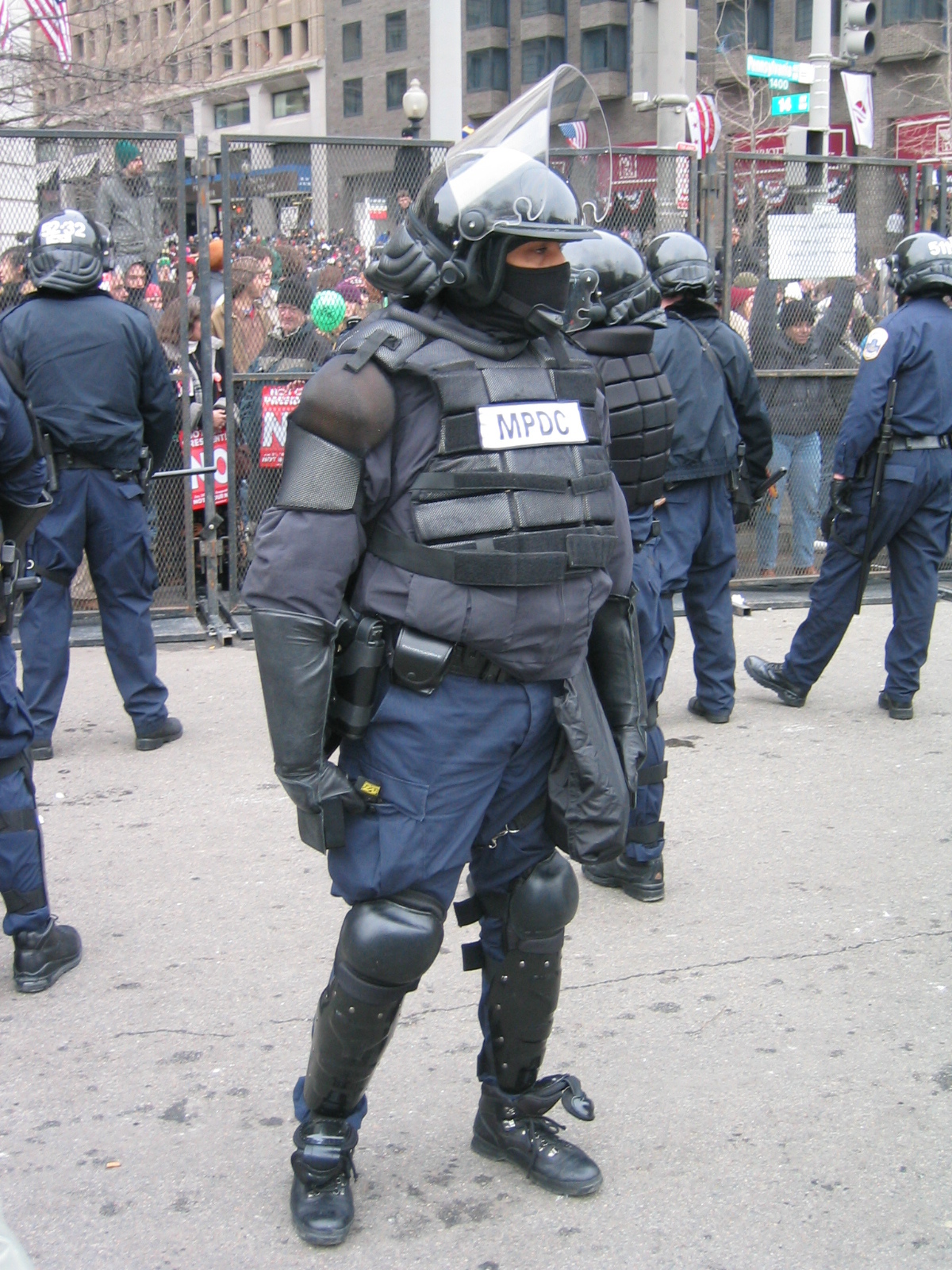 Who is the "disruptor"? Bush Team history tells us the disruptor is an American citizen with the audacity to attend Bush events wearing a T-shirt that criticizes Bush; or a member of civil rights, environmental, anti-war or counter-recruiting groups who protest Bush policies; or a person who invades Bush's bubble by criticizing his policies. A disruptor is also a person who interferes in someone else's activity, such as interrupting Bush when he is speaking at a press conference or during an interview.

What are the parameters of the crime of "disruptive behavior"? The dictionary defines "disruptive" as "characterized by unrest or disorder or insubordination." The American Medical Association defines disruptive behavior as a "style of interaction" with people that interferes with patient care, and can include behavior such as "foul language; rude, loud or offensive comments; and intimidation of patients and family members."

What are the rules of engagement for "disruptors"? Some Bush Team history of their treatment of disruptors provide some clues on how this administration will treat disruptors in the future.

(1) People perceived as disruptors may be preemptively ejected from events before engaging in any disruptive conduct.

In the beginning of this war against disruptors, Americans were ejected from taxpayer funded events where Bush was speaking. At first the events were campaign rallies during the election, and then the disruptor ejectment policy was expanded to include Bush's post election campaign-style events on public policy issues on his agenda, such as informing the public on medicare reform and the like. If people drove to the event in a car with a bumper sticker that criticized Bush's policies or wore T-shirts with similar criticism, they were disruptors who could be ejected from the taxpayer event even before they engaged in any disruptive behavior. White House press secretary McClellan defended such ejectments as a proper preemptive strike against persons who may disrupt an event: "If we think people are coming to the event to disrupt it, obviously, they're going to be asked to leave."

(2) Bush Team may check its vast array of databanks to cull out those persons who it deems having "disruptor" potential and then blacklist those persons from events.

The White House even has a list of persons it deems could be "disruptive" to an eventand then blacklists those persons from attending taxpayer funded events where Bush speaks. Sounds like Bush not only has the power to unilaterally designate people as "enemy combatants" in the global "war on terror," but to unilaterally designate Americans as "disruptive" in the domestic war against free speech.

(3) The use of surveillance, monitoring and legal actions against disruptors.

This surveillance of American citizens exercising their constitutional rights has been done under the pretext of counterterrorism activities surrounding protests of the Iraq war and the Republican National Convention. The FBI maintains it does not have the intent to monitor political activities and that its surveillance and intelligence gathering is "intended to prevent disruptive and criminal activity at demonstrations, not to quell free speech."

Surveillance of potential disruptors then graduated to legal actions as a preemptive strike against potential disruptive behavior at public events. In addition to monitoring and surveillance of legal groups and legal activities, the FBI issued subpoenas for members to appear before grand juries based on the FBI's "intent" to prevent "disruptive convention protests." The Justice Dept. opened a criminal investigation and subpoenaed records of Internet messages posted by Bush`s critics. And, the Justice Dept. even indicted Greenpeace for a protest that was so lame the federal judge threw out the case.

So now the Patriot Act, which was argued before enactment as a measure to fight foreign terrorists, is being amended to make clear that it also applies to American citizens who have the audacity to disrupt President Bush wherever his bubble may travel. If this provision is enacted into law, then Bush will have a law upon which to expand the type of people who constitute disruptors and the type of activities that constitute disruptive activities. And, then throw them all in jail.
Patriot Daily News Clearinghouse